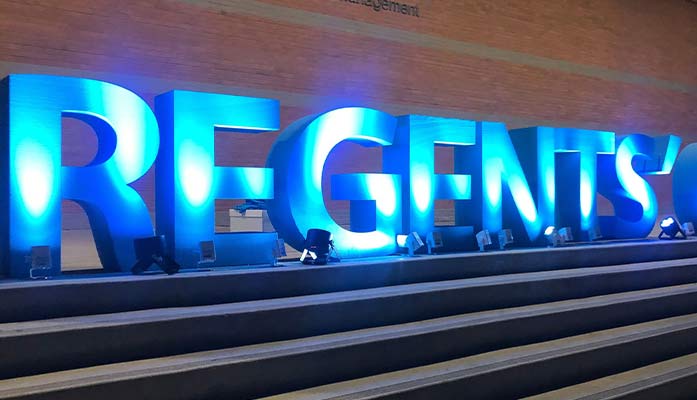 This data came from the U.S. News 2022 college rankings.

NAU tied for their 288 ranking with 10 other schools, barely eking out a ranking at all. After 288, U.S. News ranked each school without specificity in a range of 299 to 391. Among those not given a specific ranking were University of Phoenix and Grand Canyon University.

NAU averaged a six-year graduation rate of 55 percent, with those who didn’t receive a Pell Grant doing better (61 percent) than those who did (50 percent).

NAU’s median starting salary for alumni is $48,100, and average an acceptance rate of 82 percent.

ASU averaged a six-year graduation rate of 69 percent, with those who didn’t receive a Pell Grant doing better (71 percent) than those who did (59 percent).

ASU ranked 1 for most innovative school, 10 for best undergraduate teaching, tied at 54 for top public schools, tied at 70 for best colleges for veterans, 139 for best value schools, and tied at 179 for top performers on social mobility.

ASU’s median starting salary for alumni is $54,400, and average an acceptance rate of 88 percent.

UArizona averaged a six-year graduation rate of 64 percent, with those who didn’t receive a Pell Grant doing better (68 percent) than those who did (59 percent).

UArizona tied at 46 for most innovative school and for top public school, tied at 62 for best colleges for veterans, ranked 122 for best value school, and tied at 143 for top performers on social mobility.

UArizona’s median starting salary for alumni is $55,600, and average an acceptance rate of 85 percent.

The remaining three of the eight Ivy League schools — Brown University, Cornell University, and Dartmouth College — fell outside the top 10 but ranked within the top 20. 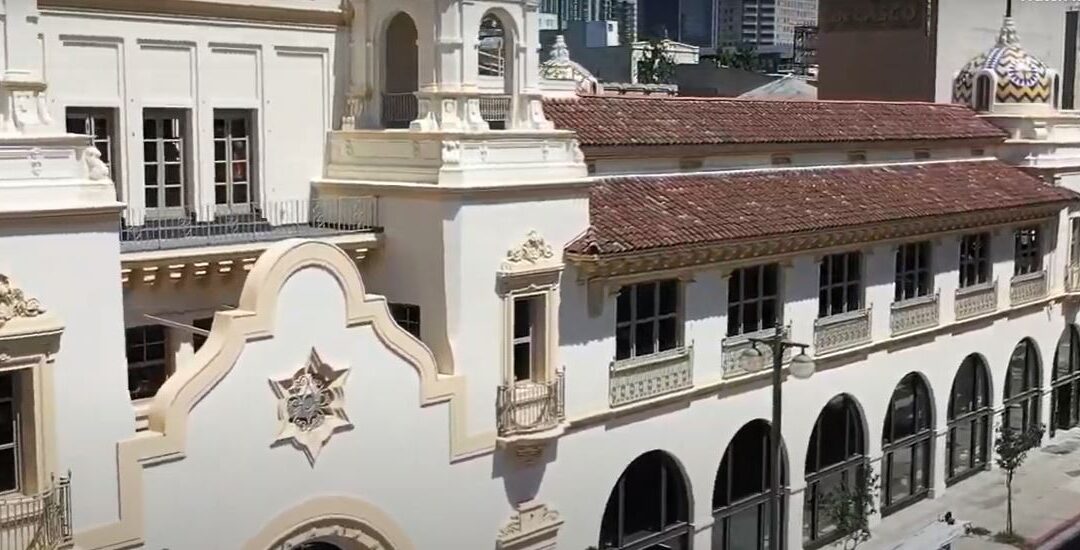 A little but major piece of Arizona was planted recently in the downtown of California’s largest city. Arizona State University (ASU) expanded their operations to include a Los Angeles campus last fall through their ASU Local initiative. The new campus offers a hybrid of online and in-person learning.

The satellite campus moved into the historic building that once housed the Los Angeles Herald Examiner. ASU celebrated the launch with a tour of the facilities last August. The well over 87,000 square feet making up the satellite campus, dubbed the latest “ASU California Center,” cost $40 million to renovate. Construction began in September 2020, ending just ahead of the open house last August.

ASU California Center students receive a 20 percent discount on the online, nonresident tuition, which can range from $13,000 to $16,000 annually. Efforts to establish this Los Angeles location launched officially in 2019.

ASU Local also has locations in Washington, D.C. and Yuma. Like the newly-established Los Angeles campus, the D.C. campus was settled in a historic building that came with a similar price tag: $35 million.

ASU began expanding into California over a decade ago. In 2013, ASU announced its other ASU California Center in Santa Monica. They have also accrued partnerships with 116 California community colleges to ensure students advance to earn a bachelor’s degree. 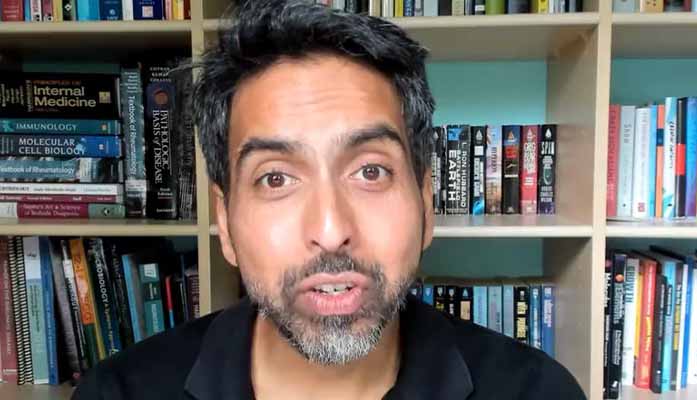 The bulk of the program relies on daily seminars in addition to online lessons, small-group tutorials, and peer tutoring. The sample of seminar subjects challenge students on ethical norms, such as editing the human gene pool, freedom of speech versus “freedom of reach,” social media moderation, and life extension. The seminars are student-led and supported by learning guides and guest experts.

All this at no cost to students who are Arizona residents. Instead, the state covers the cost. Students in other states would pay close to $10,000 a year, and students outside the country would pay nearly $13,000.

The program, ASU Preparatory Academy’s Khan World School, is poised to launch in August with 200 students to start. If all accepted students were Arizona residents this fall, that would cost taxpayers anywhere from $2 million to $2.6 million.

Rather than tests, the academic model emphasizes discussion with teachers, peers, and “industry experts” for learning and assessment. Students advance through a mastery-based model. At the end of the program, students will receive a transcript with final grades for college admissions and scholarships.

Specifics on curriculum weren’t offered. The program asserted that each student would receive their own custom plan.

ASU offered a quiz for students to determine their fit for the program. Only one of the seven questions related to academic competency.

It’s not until the sixth question that the student is asked about something to do with core subjects. The student must answer a math question about where the vertex of a parabola would fall.

The seventh question reverts to a social question about the student’s way of thinking versus that of their friends.

The online lessons are a mix of Khan Academy and ASU course content. In order to be admitted, students must be entering their freshman year of high school, proficient in Algebra I, earned grades A or B in 8th grade Math and English Language Arts, and in possession of a computer with a web camera and internet access. Algebra I proficiency appeared to be measured by proof of program completion. Other than that, admissions doesn’t require a GPA or any other academic standards.

Arizona State University (ASU) law professor and legal expert Ilan Wurman told “The Conservative Circus” that the lawsuit not only misinterprets constitutional law but represents the bad habit of both parties to weaponize the Constitution.

“Just after the Civil War, this clause of the Fourteenth Amendment was enacted to prevent individuals who had been office holders, federal and state office holders, who had taken an oath to uphold the Constitution, who then seceded from the Union, unconstitutionally seceded from the Union, and then took up arms against the government of the United States. By the way, that is an insurrection,” explained Wurman.

The nonprofit, Free Speech for People, invoked the Fourteenth Amendment to argue that Finchem, Biggs, and Gosar were responsible for the U.S. Capitol intrusion because they helped organize the preceding protest.

The lawsuit against Finchem, Biggs, and Gosar is part of a national campaign to “ban insurrectionists from the ballot” under Section 3 of the Fourteenth Amendment: the “14Point3 Campaign.” Congresswoman Marjorie Taylor Greene (R-GA-14) and Congressman Madison Cawthorn (R-NC-11) also face lawsuits under the campaign. Last month, a federal judge in North Carolina ruled in favor of Cawthorn.

Section 3 of the Fourteenth Amendment reads as follows:

“No person shall be a Senator or Representative in Congress, or elector of President and Vice-President, or hold any office, civil or military, under the United States, or under any State, who, having previously taken an oath, as a member of Congress, or as an officer of the United States, or as a member of any State legislature, or as an executive or judicial officer of any State, to support the Constitution of the United States, shall have engaged in insurrection or rebellion against the same, or given aid or comfort to the enemies thereof. But Congress may by a vote of two-thirds of each House, remove such disability.”

The nonprofit behind the lawsuit, Free Speech for People, also filed another lawsuit last month against the Federal Election Commission (FEC) concerning the debunked Russiagate collusion. 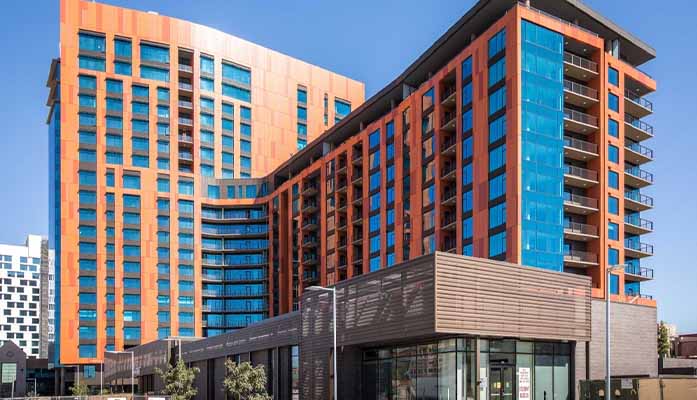