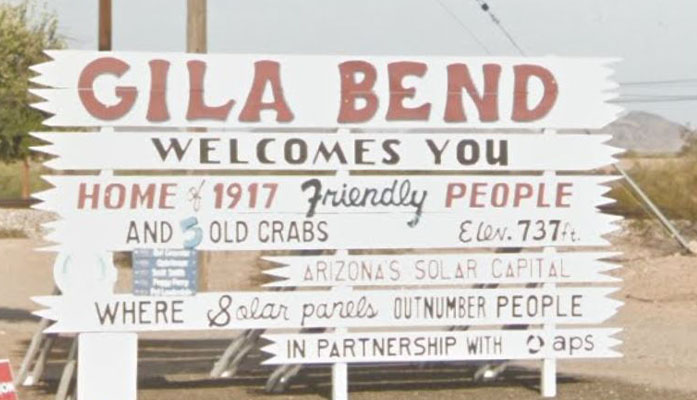 Riggs indicated in an interview with Fox News that Gunnigle was far removed from the reality of Biden’s border crisis and the effects of illegal immigration on crime rates, especially along the border, and that her proposed policies would further jeopardize their communities.

Riggs responded to a 2020 clip of Gunnigle discussing her plans for office, which included slashing the police budget and not enforcing deportations.

“Justice should be an individualized determination that is driven by all of the issues that are happening in someone’s life, up to and including immigration status,” said Gunnigle.

In response, Riggs invited Gunnigle to visit the border and experience illegal immigration’s effects for herself — this past weekend, that included three homicides in his town.

Riggs said that they’ve experienced an uptick in crime correlating with the swell of illegal immigrants crossing the border. Riggs explained that federal restrictions already render Maricopa County Sheriff’s Office (MCSO) unable to enforce the law, and noted that Gunnigle’s vision would exacerbate those issues.

“Just Saturday, I had three homicides here, and this is a community that hasn’t seen a homicide in probably 100 years,” said Riggs.

During her first run for Maricopa County attorney in July 2020, Gunnigle shared that she supported severe budget slashing for police through the “25 Saves Phoenix Lives,” a plan to divert $25 million from police toward youth and mental health programs.

This time around, Gunnigle insists that she wouldn’t influence police budgets if elected. Much of her past proposals made it onto her new campaign platform; she also includes a pledge to not prosecute abortion crimes, protect voting rights, make cannabis expungement universal and automatic, and to hire “people of color” to office.

When Chris Riggs watched news last week about the outcry over immigrants being voluntarily transported to Martha’s Vineyard, he was first shocked. Then he become infuriated at what he says is a clear double standard toward communities dealing with undocumented immigrants who have come into the U.S.

“It just goes to add proof that there are two systems of government in this country – one for the elite and one for everyone else,” Riggs told KFYI’s James T. Harris on Monday, pointing to the “massive disconnect D.C. has with the average American.”

And Riggs should know.

He is the mayor of Gila Bend, the town of 1,900 people along Interstate 8 between Eloy and Yuma which became ground zero in March 2021 for U.S. Border Patrol agents to dump immigrants in the middle of his town to wait for a Greyhound bus, which was often not scheduled to arrive for hours or even not until the next day.

USBP left the migrants to fend for themselves in a town with no shelter, no regular police patrol, and no emergency medical facility. Riggs, his council, and residents did their best to help but with a per capita income of less than $23,000 and no assistance from federal officials their options were limited.

Gila Bend was eventually removed as a USBP dumping ground after Riggs received national media attention about the problems. However, when Riggs learned of all the help offered to residents of upscale Martha’s Vineyard to deal with 50 or so migrants he admits becoming angry.

It also reinforced his concern that Gila Bend may have been purposely sacrificed by federal authorities, as the town has become a magnet for Cartel activity with little being done to stem the problems.

“Every day we see 50, 100, sometimes more pass through Gila Bend and that’s only the ones we see,” Riggs told Harris of the migrants who find their way in his town. “It’s a regular occurrence to have groups of 20 plus pass right around my home. And it’s not just my place. Everyone is seeing the same thing here.”

The continual problem of human smuggling and drug trafficking has led to a sharp uptick of property crimes, according to the mayor.

“No one wants to have things stolen from them, but when they steal from people that have so little it really has an impact,” Riggs said.

He also reported violent crimes have dramatically increased, including drive-by shootings and homicides, which are Cartel related. Riggs has taken to encouraging residents to obtain a firearm and get trained in its use.

“It is up to the individual to provide for their safety and security,” he told Harris, pointing to the town’s limited resources and options for responding to the Cartel.

Riggs believes USBP agents are doing “the very best they can with the resources they have,” while putting the blame for the situation in Gila Bend directly at the feet of President Joe Biden and his supporters.

“This administration couldn’t give two damns what happens to any community that doesn’t affect them or other elites directly,” Riggs said, adding he “wouldn’t be surprised” to find the current situation in Gila Bend is a sort of payback for Riggs being so outspoken.

“But when things aren’t right, you have to speak up,” he told Harris. 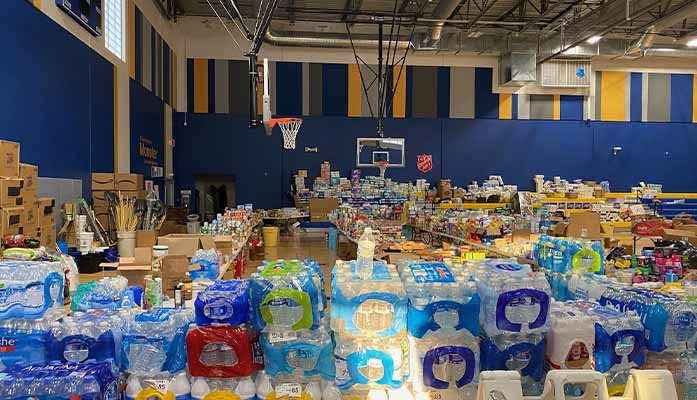