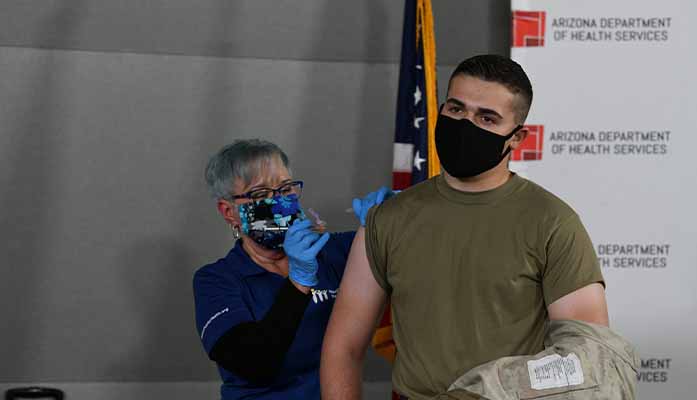 The Arizona Supreme Court will issue a ruling in the next few months that could allow complaints to be resolved and enforced by state agencies even if the agency did not have authority to impose a penalty or sanction in the first place.

On Nov. 15, the justices conducted oral arguments in a dispute between Legacy Foundation Action Fund and the Arizona Citizens Clean Elections Commission over nearly $100,000 in penalties imposed in 2015 against Action Fund for alleged violations related to election finance reports and political ads.

Attorneys for the Action Fund did not timely appeal the issue, waiting instead until 2018 to revive the jurisdictional issue when the Commission sought to collect the penalty.

Earlier this year, the Arizona Court of Appeals issued a split opinion which held in part that the “need for finality” with a decision of an Arizona administrative agency can be more important than whether the agency actually had authority to issue the decision in the first place.

The opinion also noted a judgment by a state-chartered agency such as the Clean Elections Commission is not a legal nullity if the party failed to raise the jurisdictional issue in a timely appeal.

However, a strongly worded dissenting opinion by Judge Cynthia Bailey noted that while Legacy Foundation Action Fund forfeited several appellate rights by not filing its appeal on time, “it did not, and could not, forfeit” its right to challenge the Commission’s subject-matter jurisdiction.

“Subject-matter jurisdiction can neither be waived nor conferred by stipulation. A court simply cannot hear a case over which it has no jurisdiction,” Bailey wrote, adding that “under Arizona statutes and rules, the potential injustice when an agency acts beyond its statutory authority outweighs any interest in finality and judicial economy.”

Bailey’s dissent opinion closely aligns with arguments put forth in an amicus (friend-of-the-court) brief filed with the Arizona Supreme Court by the Goldwater Institute’s Scharf-Norton Center for Constitutional Litigation.

The Goldwater Institute is a nonpartisan public policy and research foundation whose priorities include the defense of individual rights against Arizona’s various state agencies which often operate outside the boundaries of evidentiary and procedural protections.

In the brief, attorney Timothy Sandefur cites prior court decisions in Arizona—some dating back to the 1920s—which have led to established case law that a judgment issued by a court, tribunal, or agency that lacks jurisdiction is void ab initio, or legally null.

“This has always been the rule in Arizona…and it should not be altered now,” Sandefur wrote, pointing out that Action Fund’s only opportunity to have its jurisdictional challenge heard was by the Commission itself, “which is not a judicial body, but a party to this dispute.”

And to elevate finality in litigation over validity as the court of appeals did “is to elevate form over substance and – alarmingly – efficiency over legitimacy,” the brief states.

Sandefur urged the Arizona Supreme Court justices to reject establishing a new legal standard for jurisdiction, especially in light of the burden it will create for people trying to defend themselves when agencies overstep their bounds, Sandefur wrote.

That burden “is likely to fall hardest on unsophisticated and unrepresented parties, particularly small business owners, workers, and entrepreneurs, who are often subjected to enforcement by regulatory agencies and often lack the wherewithal to obtain legal representation,” he added.

A decision from the Arizona Supreme Court is expected in Spring 2023.

As the 2022 fiscal year closed, the Arizona Treasurer’s Office continued its positive years-long trajectory of the state’s finances.

The treasurer’s office also reported a 29 percent increase over the past three years in the Permanent Land Endowment’s market value: $7.1 billion.

The Permanent Land Endowment Trust Fund (PLETF) issues funds for 13 beneficiaries, including the state’s K-12 education, universities, prisons, hospital, school for the deaf and blind, retirement home, and legislature. K-12 funding will receive a $402 million boost from this increase in this upcoming fiscal year. They are the largest beneficiary of the PLETF.

These reports were issued during the Board of Investment (BOI) meeting on Tuesday.

By the end of her first year in office, Yee announced a number of record highs: investment earnings of $567 million, a PLETF total of $6.23 billion, assets under management total of nearly $18 billion, state operating balance total of $3.75 billion, and distributions to K-12 schools and government totaling $567 million.

The pandemic didn’t hinder these positive performances. By the end of 2020, Yee raised the endowment to a then-record high of $7.1 billion. The treasurer’s office also reported a record distribution of nearly $400 million to PLETF beneficiaries; an increase of nearly four percent, namely for K-12 schools. In October 2020, the treasurer’s office also took on oversight of the AZ529 Plan, or Arizona Education Savings Plan (AFCSP).

Last March, the PLETF outperformed the long-term average returns of the largest university and college endowments in the country.

The treasurer’s office also distributed $448.5 million to K-12 schools, state agencies, and local governments; a total of $1.57 billion in three years. That included an expansion of distributions to K-12 schools for this year, totaling $372 million. Yee’s administration also increased the LGIP assets by over 19 percent; a total of over 59 percent since Yee took office.

Yee has emphasized that her approach to treasury management focuses on less costs for taxpayers consistently. At the end of her first year in office, Yee shared that her management philosophy focused on reducing taxpayers’ burden.

“The more we earn, the less Arizonans have to pay in direct taxes,” stated Yee. “Each investment dollar we earn is one less dollar that has to be collected from taxpayers while staying committed to our investment philosophy of ‘safety, before liquidity, before yield.’”

In recent months, Yee implemented safeguards to prevent non-pecuniary factors from influencing, and potentially hindering, state investments. In September, the BOI modified its investment rules to prevent Environmental, Social, Governance (ESG) ratings from being factors of consideration when investing. 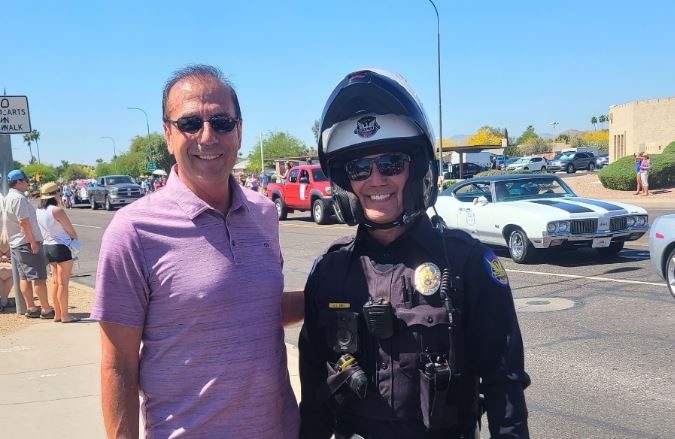 Phoenix City Councilman Sal DiCiccio has been posting daily updates on police reporting since September. It’s part of the outgoing councilman’s efforts to apprise citizens of their local law enforcement’s work on a daily basis.

These daily police reports offer details on crimes happening in the community. DiCiccio’s posts offer a small glimpse into their daily work — he doesn’t include the entire report.

Last year, DiCiccio would share these reports as well as updates on police staffing to advise citizens of the rising crime rates combined with staffing shortages.

DiCiccio also informs the community about breaking crime issues, such as a homicide that occurred Monday.

In addition to crime and police-related content, DiCiccio posts about community events like park openings and lifeguard certification classes, dog adoptions, and school board updates.

DiCiccio posts constituent-focused content far more frequently than his fellow council members. The others tend to rely on their monthly district newsletter to inform constituents, with the exception of Councilwoman Yassamin Ansari, who posts more frequently at the rate of several times per week about community events pertaining to her office.

Waring last posted in October to encourage constituents to vote.

Pastor posted about several events: the toy and clothing drive, and an Alzheimer’s benefit.

Guardado posted videos of her attendance at a festival, and involvement in a tree donation event at a park.