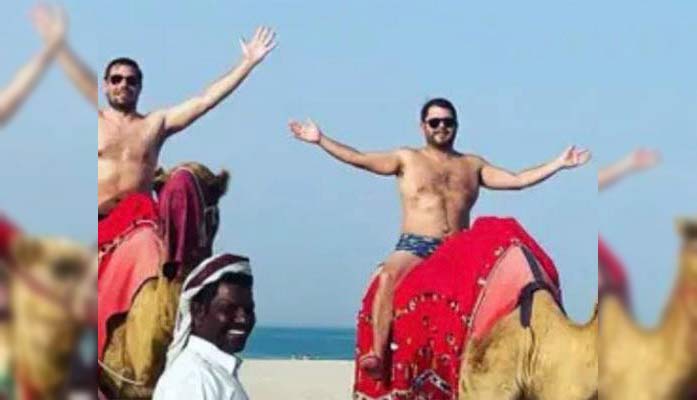 Last year, Gallego ignited controversy over his $84,000 trip to Qatar paid for by a special interest nonprofit focused on strengthening US-Qatar trade relations. The Qatari government opposes the Jewish faith, and supports terrorist efforts to destroy Israel such as the Muslim Brotherhood and Hamas.

Additionally, Gallego continues to support the Arizona chapter of the Council of American-Islamic Relations (CAIR-AZ). The Department of Justice (DOJ) acknowledged CAIR as an entity of the Muslim Brotherhood and noted that they were linked to Hamas activity.

Several months after Gallego filmed for CAIR-AZ denouncing the Trump administration’s travel restrictions, the organization appointed an outreach coordinator by the name of Ismail Abu Hayyeh, who advocated for the destruction of Jews and Israel. The month after joining CAIR-AZ, Abu Hayyeh tweeted from a since-suspended account that Israel shouldn’t exist at all.

“If you support Israel’s right to exist, you are a part of the problem,” wrote Abu Hayyeh.

In October 2020, Abu Hayyeh tweeted that the only solution to free Palestine was to kill the Jews of Israel. Prior to joining CAIR, Abu Hayyeh issued many other remarks advocating for the end of Israel and even public support for Adolf Hilter. While in high school, Abu Hayyeh said that all Palestinians wondered why Hitler “didn’t finish the job” and called Hitler “his hero,” and that he considered it a compliment to be called “the next Hitler.”

On the CAIR-AZ Board of Directors is David Chami, who filed a legal complaint last year on behalf of Fidaa Wishah: the pediatric radiologist fired from Phoenix Children’s Hospital for posting a video in pink hospital scrubs promising that Israel’s end would come soon.

Chami and another director on the CAIR-AZ board, Raeesabbas Mohamed, sued a Scottsdale Community College (SCC) professor in 2020 for issuing a class quiz that portrayed the Islamic religion factually but negatively. The Arizona District Court rejected the lawsuit several months later. In September, the Ninth Circuit Court of Appeals again rejected the lawsuit, concurring with the lower court to uphold the SCC professor’s free speech rights.