Congressmen Andy Biggs (R-AZ-05) and Paul Gosar (R-AZ-04) and State Representative Mark Finchem (R-Oro Valley) will not be disqualified from the upcoming midterm elections for organizing the January 6 protest, a judge ruled on Friday.

The question before the court was whether the three candidates violated Section 3 of the Fourteenth Amendment, also known as the “Disqualification Clause.” Maricopa County Superior Court Judge Christopher Coury dismissed the case, ruling that the plaintiffs had no right of action to determine such a violation under the Constitution or supporting law.

Coury explained that the lawsuit’s argument for exercising the 14th Amendment contradicted legal precedent: the 1869 ruling for In Re Griffin, for example. Coury wrote that precedent, coupled with context of the amendment within the article, empowered Congress to exercise the 14th Amendment — not individual states or the people.

“[T]he Constitution provides legislation enacted by Congress is required to enforce the disqualification pursuant to the Disqualification Clause. Aside from criminal statutes dealing with insurrection and rebellion which Congress has enacted (lawsuits which require the government, not private citizens, to initiate), Congress has not passed legislation that is presently in effect which enforces the Disqualification Clause against the Candidates,” wrote Coury. “The text of the Constitution is mandatory. It sets forth the single arbiter of the qualifications of members of Congress; that single arbiter is Congress. It would contradict the plain language of the United States Constitution for this Court to conduct any trial over the qualifications of a member of Congress.”

The judge also rejected the argument that Arizona law enabled a private right of action to enforce the Disqualification Clause where the Constitution and federal law didn’t. Coury distinguished the term “prescribed” from “proscribed,” ruling that the Arizona law in question encompassed requirements for holding office, not disqualifications. Coury added that his interpretation was consistent with state and federal precedent.

Coury also noted that none of the three men were charged with or convicted of insurrection or rebellion. He refused to rule on the merits of the allegations of insurrection made against Gosar, Biggs, and Finchem.

The lawsuit was filed by Free Speech For People, a Democrat-backed, progressive nonprofit. The organization was ruled against last month as well in a similar lawsuit against Congressman Madison Cawthorn (R-NC-11). Another one of their similar lawsuits against Congresswoman Marjorie Taylor Greene (R-GA-14) had a hearing on Friday.

A State Grand Jury has indicted Tracey Kay McKee, of Scottsdale, with one count of Illegal Voting and one count of Perjury, for allegedly casting a vote in the name of a deceased person through an early ballot in the 2020 General Election.

McKee’s next court appearance is set for August 11, 2021, in Maricopa County Superior Court. 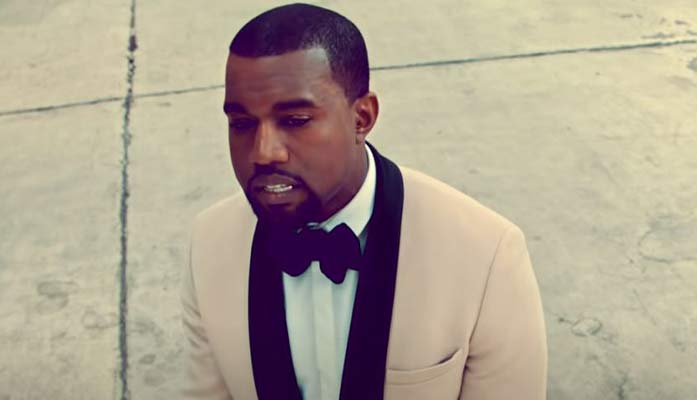 The Arizona Supreme Court explained Thursday why it ruled last year that the name of rapper turned presidential candidate Kanye West would not be printed on  2020 General Election ballots in the state.

West announced back on July 4, 2020 that he was running as an Independent candidate for president. His multi-million dollar effort resulted in less than 66,500 votes in the 12 states where his name was on the ballot, along with another 4,000 as write-in votes in a handful of other states.

Questions were later raised as to whether West’s candidacy was simply a publicity endeavor or if he was seeking to draw votes away from Joe Biden in favor of then-President Donald Trump, as the two men had been friends for several years. But in early September, West’s Arizona campaign team submitted 57,892 signatures on nominating petitions to secure a spot on ballots across the state.

A registered voter challenged West’s candidacy in Maricopa County Superior Court where a judge declared the signatures invalid because West’s electors -those voters who would have cast Arizona’s 11 Electoral College votes if West won- never filed required paperwork before the signatures were collected.

The judge also ruled West did not personally qualify to be on ballots in Arizona as an Independent candidate because he was a registered Republican in Wyoming.

West lost his emergency direct appeal to the Arizona Supreme Court, which issued an order at the time enjoining Arizona Secretary of State Katie Hobbs along with the 15 county recorders from listing West and his electors on 2020 General Election ballots. But the public did not learn the legal reasoning behind that decision until Thursday.

“West was required to provide the Secretary (of State) with a letter designating the names of his vice-presidential running mate and his eleven presidential electors, a statement signed by each consenting to their designation, and a nomination paper on behalf of each elector,” Justice Bill Montgomery wrote in the opinion. “Additionally, the electors were required to submit nomination petitions containing the requisite number of signatures to qualify for the ballot.”

The justices, however, determined the Maricopa County judge who heard the case last September erred in ruling that West’s Republican Party affiliation was a factor for keeping his name off the ballot. The statute about party affiliation cited by the judge only applied to the 11 Arizonans who wished to be listed as West’s electors on the ballot, Montgomery wrote.

But that error did not change the fact West was ineligible in Arizona to be on the ballot for president due to failing to secure enough valid nominating petition signatures.

“Given the dispositive effect of West’s electors’ failure to qualify for the ballot, we do not address his other arguments regarding the process for challenging nomination petitions, naming indispensable parties, and the application of laches to plaintiffs,” Montgomery wrote. “We affirm the trial court’s order.”