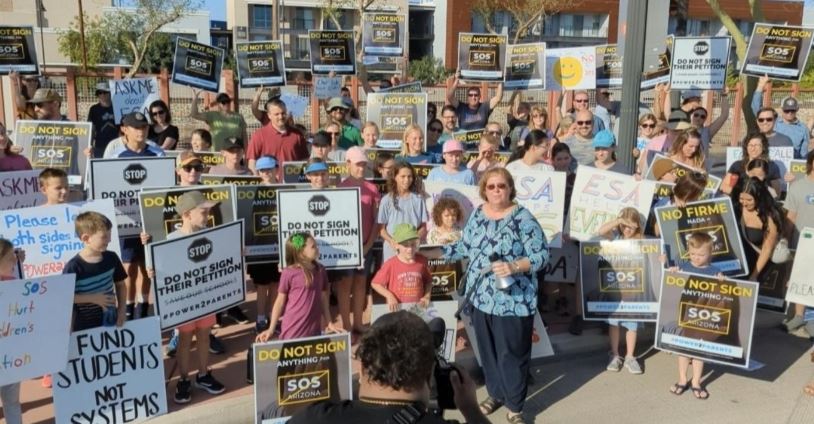 One mother who fought to defend universal school choice in Arizona will serve as its executive director.

On Thursday, Christine Accurso announced that Superintendent-elect Tom Horne asked her to serve as the executive director for the Empowerment Scholarship Account (ESA) Program. Accurso, a beneficiary of the ESA Program, said that she would do everything in her power to protect school choice.

Not only has Accurso been an advocate for expanding school choice, she’s been a watchdog for the movement.

Accurso discovered that SOSAZ far overestimated their signature numbers when they turned in their signature sheets for the ballot initiative. She raised awareness of the signature shortage, urging the secretary of state’s office to expedite verification of the signature count rather than waiting the 20-day period allowed by state law. Several days after Accurso and other parents petitioned the secretary of state’s office, they confirmed that the petition lacked enough signatures.

Accurso also publicized recent issues with the ESA Program helpline as parents attempted to join the newly-expanded program. The phone line was busy nonstop, and would hang up on parents without the promise of a call back or an option to leave a message.

School choice was one of the issues that defined the midterm election. Where some Republicans lost in other contested races by thousands of votes or continue to await final ballot batches to determine the winner, Horne prevailed.

Horne managed a victory over Democratic incumbent Kathy Hoffman, earning 50 percent of the vote to Hoffman’s 49 percent — just over 9,300 votes.