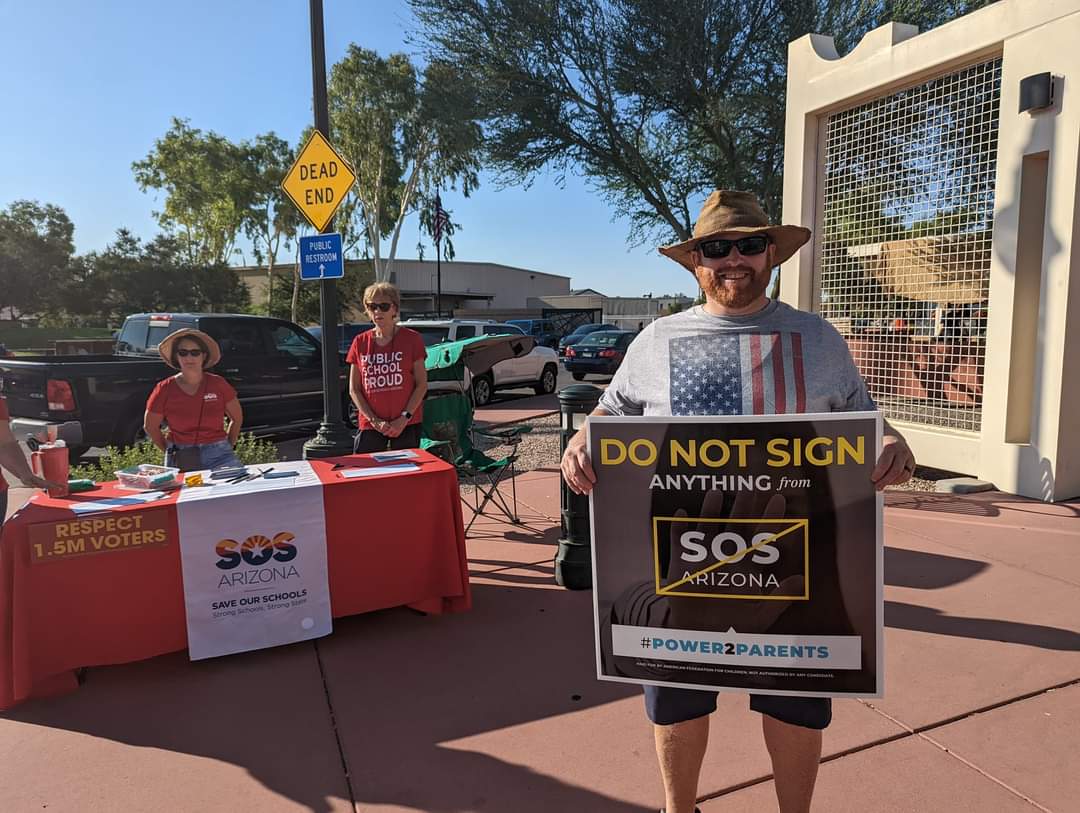 Christine Accurso is one mother helping a coalition of parents fight a 2024 ballot initiative to undo Arizona’s recent universalization of school choice. That group, AZ Decline to Sign, hopes to prevent Arizona families from losing access to up to $6,500 in educational funds through the state’s Empowerment Scholarship Account (ESA) Program.

The organization behind the ballot initiative, Save Our Schools Arizona (SOSAZ), is also made up of parents, as well as teachers and community organizers. They’re supported by the Arizona Education Association (AEA), the state’s primary teachers union.

Accurso appeared on the “Conservative Circus” radio show to discuss the AZ Decline to Sign countermovement. She insisted that SOSAZ was shopping two major lies to Arizona voters.

Accurso said that SOSAZ’s claim that the ESA Program universalization would take $1 billion from public schools wasn’t true for two main reasons: first, that parents choose where to apply their school choice funding, and second, that public schools still receive other taxpayer funds even if they lose out on ESA Program monies.

“They have been pushing lies to everyone to get them to sign a petition to be able to refer this to the ballot,” said Accurso. “No money leaves the public school unless the parent removes the child from the school to choose an ESA. They still get all the federal and local tax dollars — it’s just a portion of the tax dollars.”

Accurso said that the other lie was that SOSAZ represented parents’ interests.

“We elected our legislature and our governor and we asked them for this [school choice] bill as parents,” said Accurso.

Arizona’s Democratic leadership has expressed support for the SOSAZ initiative. Most recently, Senator Martín Quezada (D-Glendale), also mischaracterizing Arizona’s school choice funds as “vouchers,” claimed that allowing parents to apply those funds at their discretion was a practice lacking oversight at best, and rooted in racism at worst.