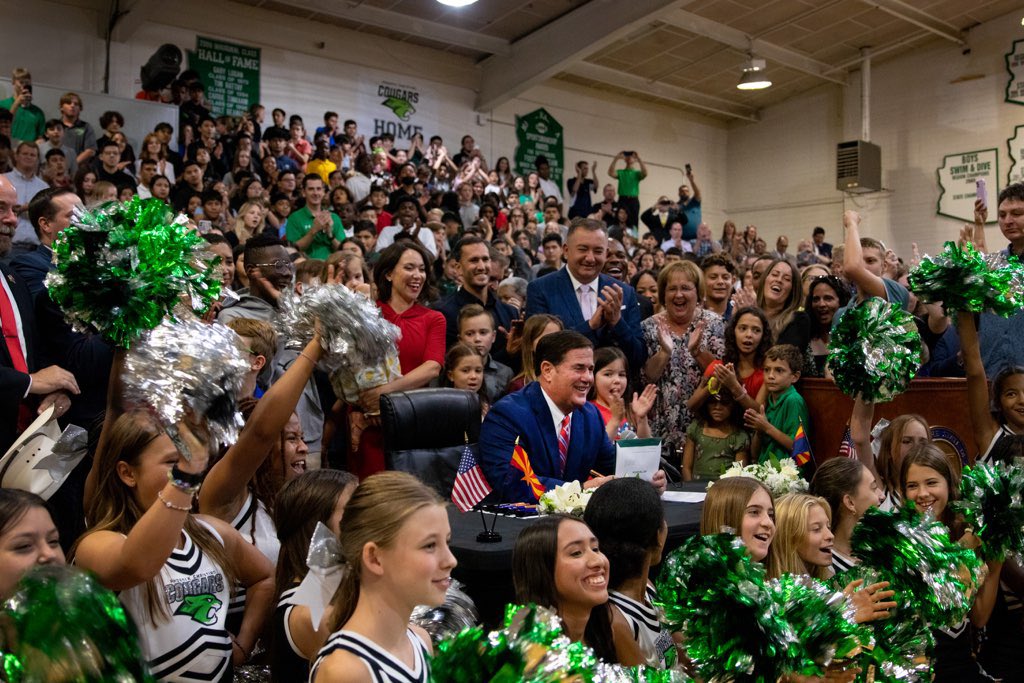 A pep rally type celebration was held Tuesday to help promote expansion of  Empowerment Scholarship Accounts (ESAs) for all K-12 students in Arizona.

“Today, we celebrate the signing of the most expansive school choice legislation in recent memory,” Ducey said during a ceremonial signing of House Bill 2853 which provides about $7,000 in education credits for every Arizona student to attend the K-12 public, private or charter school of their choice.

“Arizona is now the gold standard for educational freedom,” the governor said.

The expansion of ESAs under HB2853 was sponsored by House Majority Leader Ben Toma (R-Peoria) with the support of the Goldwater Institute. ESAs are paid out as scholarships for families to use for tuition and tutoring expenses as well as transportation, textbooks, computers, and other costs related to supporting a student’s educational needs.

“This reform empowers parents weary of a one-size-fits-all approach to public education to customize their children’s schooling based on their unique needs,” Goldwater Institute President and CEO Victor Riches said when the law took effect. Riches added that Arizona families “deserve the right to choose the best education option for their children, regardless of zip code.”

“States around the nation should follow Arizona’s lead and pass legislation that funds students, not systems,” he said.