On Wednesday, the Arizona Senate passed HB2008, which reforms the state’s high school learning standards to cast a positive light on America’s founding principles while exploring the dangers of other governing ideologies. The bill now heads to the House for review before submission to Governor Doug Ducey for final approval.

Under the bill, the State Board of Education (SBE) must update high school social studies standards to incorporate a comparative discussion of political ideologies. Communism and totalitarianism will be juxtaposed with American ideology, such as its founding principles of freedom and democracy.

“The academic standards prescribed by the state board in social studies shall include personal finance, American civics education, and a comparative discussion of political ideologies, such as communism and totalitarianism, that conflict with the principles of freedom and democracy that are essential to the founding principles of the United States,” states the bill. (emphasis added to reflect the new legislative language)

Specifically, HB2008 requires the learning standards to rely on source texts, oral histories from victims of ideologies like communism and totalitarianism. The SBE would develop resources from the Arizona State University (ASU) School of Civic and Economic Thought and Leadership, the University of Arizona (UArizona) Center for Philosophy of Freedom, and the Sandra Day O’Connor Institute for American Democracy.

The SBE would have until this New Year’s Eve to establish a list of “portraits in patriotism” oral history resources supplementing the civic education and social studies standards.

The bill almost didn’t make it out of the Senate. It failed just the day before, on Tuesday, when Majority Leader Rick Gray (R-Sun City) joined Senate Democrats in opposing it since State Senators Kelly Townsend (R-Mesa) and Michelle Ugenti-Rita (R-Scottsdale) weren’t able to vote. However, all Republican senators offered unified support for the bill the next day.

HB2008 passed in the House along party lines, with unanimous opposition from Democrats and unanimous support from Republicans.

Democrats have pushed back against efforts to portray communism in a negative light. Some, like State Representative and congressional candidate Daniel Hernandez (D-Tucson), have argued that ideologies like white nationalism pose a bigger threat than communism.

HB2008’s sponsor, State Representative Quang Nguyen (R-Prescott Valley), was a victim of communism himself. At 12 years old, Nguyen fled from the Communist Party of Vietnam a week before the Fall of Saigon in April 1975.

HB2008 was Nguyen making good on his promise late last year to ensure students learn about the evils of what he and others, such as House Majority Leader Ben Toma (R-Peoria), had suffered. Toma was nine years old when he emigrated from Romania in the 1980s, ruled at the time by communist dictator Nicolae Ceaușescu.

Major Changes At State Board of Education With New Appointments

The Arizona State Board of Education (SBE) will have a bunch of new faces at its next meeting following Monday’s announcement by Gov. Doug Ducey of seven new members.

Created within the Arizona Constitution, the mission of the 11 member board is to develop successful citizens through robust public education. The SBE oversees the public school system by establishing policies, setting courses of study, and gathering data on pupil performance.

The new members chosen by the governor are:

Jason Catanese, an algebra and geometry teacher at Pueblo Del Sol Elementary School in the Isaac School District who is a former national teacher of the year for Teach For America. He is also chairman, co-founder, and executive director of the Camp Catanese Foundation.

Jenny Clark, the founder and CEO of the non-profit Love Your School which helps families navigate school options, whether in a district, charter, private, online, homeschool, microschool, or learning pod setting.

Jacqui Clay, the elected Cochise County superintendent of schools who has worked as a teacher, assistant principal, and director of career technical education.. She also spent 25 years serving in the U. S. Army.

Dr. Scott Hagerman, superintendent of the Tanque Verde School District and Continental Elementary School District. His experience includes past positions with Tucson Unified School District, along with work as a principal and classroom teacher.

Julia Meyerson, the founder and executive director of Vista College Prep charter schools in Maricopa County. A Phoenix native, Meyerson joined Teach For America after college and served as an educator in Brooklyn, New York.

Karla Phillips-Krivickas, the founder and CEO of Think Inclusion who has more than 20 years of experience in state and federal policy. She uses her experience to advise education leaders on sound policy and best practices to advance academic achievement for students, including those with disabilities.

“Arizona is grateful to the outgoing members for their service and commitment to students’ success, and for their steady hand in guiding our educational institutions during the pandemic,” Ducey said with the announcement. “Our new board members have big shoes to fill, but I am confident that with their new energy, fresh ideas and diverse backgrounds, we will be able to continue strengthening education for our students.”

The new SBE members will join Christine Burton (January 2023) and Dr. Robert Robbins (January 2024) and as well as Kathy Hoffman who is a member due to her position as the state’s elected Superintendent of Public Instruction.  Also carrying over for now is Dr. Daniel Coor as the community college representative, whose term expired in January 2021.

Ducey’s announcement included two community members for the Arizona Board of Regents, which is the governing body for the state’s three public universities: Arizona State University, Northern Arizona University and the University of Arizona.

One of the new Regents is Gregg Brewster, a senior sales executive of Brewster HealthCare Consulting who has expertise in health care, supply chain management and transportation. According to the governor’s office, Brewster is a member of the AORN Foundation Board of Directors, as well as an active participant on the Arizona State University Alumni Board.

The other new Regent is Doug Goodyear, CEO and a founding partner of DCI Group, a public affairs firm with offices in Arizona and Washington, D.C. The company has grown into of the country’s largest independently-owned public affairs firms. Goodyear has been active in the Phoenix chapter of the Young Presidents’ Organization.

The outgoing Regents are William Ridenour and Ronald Shoopman. 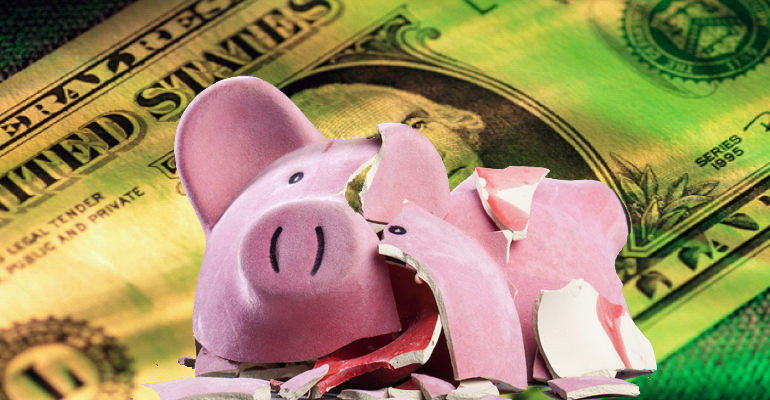