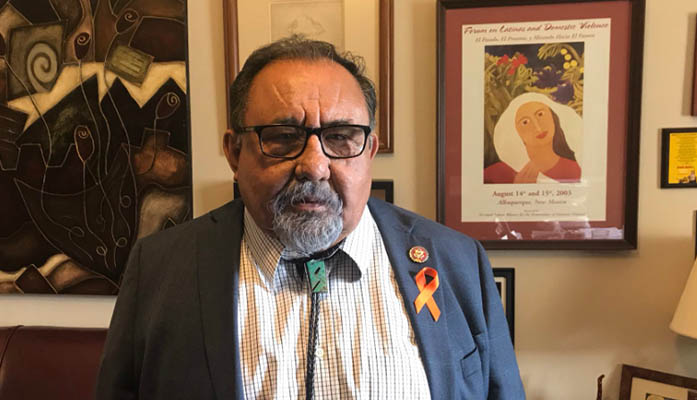 Grijalva later told Arizona Luminaria that Americans were too busy complaining about the border crisis to notice that the illegal immigrants were enduring religious disrespect.

“All these festering issues get overwritten because everybody starts screaming about the border and the invasion, and so these go into the background,” said Grijalva. “I don’t think they’re background issues. Border Patrol is the largest law enforcement agency with the least amount of accountability in the country. And that’s the problem.”

Sikhism requires followers to wear a steel bracelet, uncut hair and beards, and a turban. The three representatives admonished CBP for reports of Sikh turbans and other religious items being confiscated at the border.

The trio issued their complaint letter to CBP Commissioner Chris Magnus. The commissioner pledged earlier this month to investigate, but the three representatives insist that there hasn’t been progress.

“Religion is not a license to discriminate,” tweeted Grijalva.

Grijalva identifies himself a Catholic, but doesn’t believe that Christians may oppose LGBTQ+ lifestyles. He called former President Donald Trump’s 2017 attendance of the Values Voter Summit “repulsive” because of its sponsorship by the religious think tank opposed to LGBTQ+ lifestyles, the Family Research Council (FRC).

Last month, Grijalva voted to codify same-sex marriage into federal law: the Respect for Marriage Act. The law would repeal a 1996 protection for states that don’t recognize same-sex marriage.