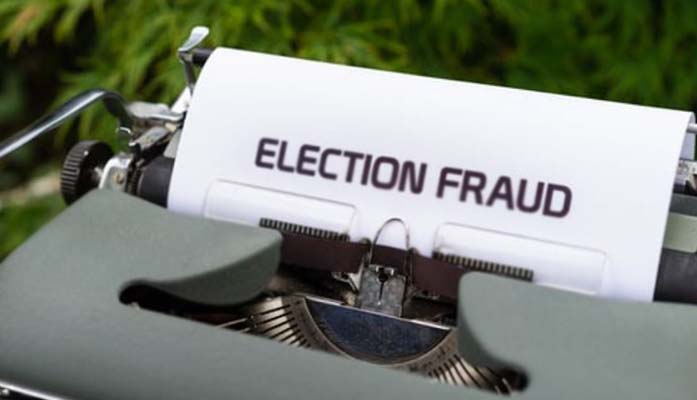 The Democrats discovered electoral gold in 2020. They featured a historically weak, senile presidential candidate backed by a radically left-wing US senator. Yet they were able to win a record 85 million votes cast for their unattractive candidates.

How did they do it? They ignored traditional methods of garnering voter support—rallies, platforms, showcasing the candidates and their vision for governing. Instead, they focused on manipulating the election system itself, creating and exploiting ballot uncertainty and potential fraud.

It worked so well that Nancy Pelosi is attempting to permanently institutionalize the stratagems that brought victory with the obvious goal of tilting elections permanently to Democrats. It’s called HR1, the (humor alert) For the People Act.

HR1 would federalize all significant election law, incorporating the most fraud-friendly aspects that made the 2020 election suspect to so many Americans. For example, the bill would greatly expand mail-in voting. Bulk mail voting, by demolishing the chain of custody for ballots, is inherently susceptible to non-detectable fraud.

The New York Times recognized that mail-in balloting makes it “much easier“ to buy and sell votes and renders elderly voters especially vulnerable to coercion and exploitation. The Caltech/MIT Voting Technology Project deemed the “significant cost to the integrity of the voting process“ sufficient to justify ending the process. Yes, ending.

Instead, HR1 blocks attempted reforms at mail-in voting. The bill prohibits states from “requiring any form of identification as a condition of receiving an absentee ballot“ or requiring a witness, notarization or any other form of signature authentication.

Moreover, the voter rolls used for mailing would still be protected from “purging“, i.e. updating. This means hundreds of thousands of ballots addressed to dead, moved or ineligible voters can easily be cast by anyone who found them.

Ballot harvesting ratchets up even more opportunities for fraud. For example, party workers walk door-to-door in selected neighborhoods, helpfully offering to assist residents in filling out and delivering ballots and then submitting piles of completed ballots. No safeguards are present to prevent throwing out unwanted ballots. Naturally, ballot harvesting is legalized without limit in HR1.

Bulk mail voting available to anonymous recipients with ballot harvesting serving as the delivery system turns elections into contests to see which party can more successfully scale up legalized fraud. Any party hoping to win an election would be forced to participate. Possessing scruples against organized vote manipulation would be a recipe for failure.

But wait, there’s more. States would also be mandated to except same-day registration. They would be forced to count late arriving ballots for 10 days after the election. Virtually any effort by poll workers to check ID or verify that a vote is legally cast is prohibited.

Let’s connect the dots here. An illegal immigrant, using his “papers”, could register the day of the election and then demand a ballot. By law, poll workers must comply so long as he simply attests to citizenship. (If found out later, he would face no penalties). Thus he could cast a “legal” ballot that is virtually untraceable.

HR 1 would also require political causes and candidates to disclose their donors. Ideally, transparency would be desirable. In the world we live in, the Left has become very aggressive at harassing and canceling supporters of conservative causes.

Countless workers, including CEOs, have lost their jobs and their voice for donating to conservative causes or speaking out. Since sanctions for advocacy work in only one direction, the effect of forced disclosure would be to further hamstring the Right.

The given justification for all this is voter suppression. Yet voter suppression is virtually nonexistent, a relic of our past. It is difficult to find an interested, eligible voter who is thwarted from voting by the system or anyone who thinks they should be. Registration is convenient and broadly available, while transportation is provided free for potential voters.

In the end, HR 1 may come down to a test of whether our Constitution still protects us from tyranny. The premise is that purposeful voter suppression requires that we legalize fraud potential.

If Democrats can get Americans to believe that, they’re in. Free and fair elections are out.