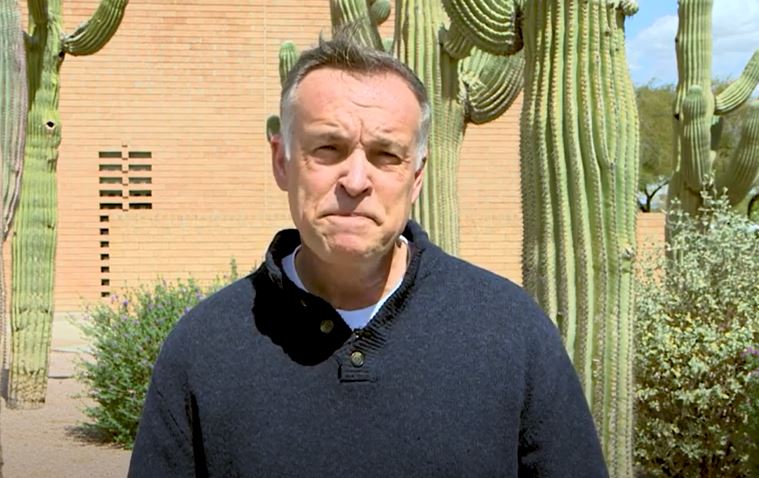 With all the pre-election hype about possible violence at polling stations for Tuesday’s primary election, the most serious election day misconduct appears to have been a town councilman removing opposition campaign signs.

AZ Free News has confirmed that current Gilbert councilman Scott September is the subject of a criminal investigation initiated Tuesday when a Gilbert police officer was dispatched to the Southeast Regional Library off South Greenfield Road and East Guadalupe Road for a report of a man pulling up campaign signs.

In Arizona, it is a Class 2 misdemeanor for an unauthorized person to “knowingly remove, alter, deface or cover any political sign of any candidate for public office” in the days leading up to an election unless the sign’s location “is hazardous to public safety, obstructs clear vision in the area. or interferes with” the requirements of the Americans with Disabilities Act, or is otherwise in violation of state law.

September has been a councilman since April 2020 and was seeking to remain in office on this year’s primary election ballot.

According to public records, September was at the library which serves as a Maricopa County voting center on Tuesday morning when at least two witnesses say they saw him pulling up campaign signs which opposed his election.

Andrew Adams, the Republican chairman of Legislative District 14, had reportedly placed some of the campaign signs near the library property but well outside the mandated 75-foot “no electioneering” buffer zone around official voting locations. It was Adams who told police he actually witnessed September tampering with the signs.

Richard Young, another witness, told the responding officer that he took images of September at the library. Young also reportedly snapped a photo of September’s vehicle to share with police.

September reportedly handed over the signs to Adams at the library. There is no indication any of the signs were damaged.

As of press time, AZ Free News is awaiting a response from the Gilbert Police Department as to whether the investigation has been referred to an outside law enforcement agency given the conflict of interest with the suspect being a town councilman.

If cited and convicted, September faces a sentence of four months in the county jail and / or a fee for each count contained in the conviction.

In its study, WalletHub factored family fun, health and safety, education and child care, affordability, and socio-economics. Each factor was weighted 20 points.

Congressman Andy Biggs (R-AZ-05) expressed that he was honored to learn of Gilbert’s ranking. 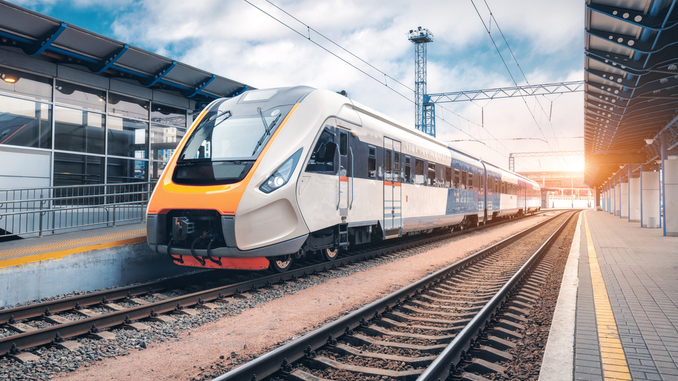 If there’s one entity that specializes in giving people something they don’t need—or aren’t even asking for—it’s the government. So, naturally, while the country faces sky-high inflation and Arizonans make sacrifices in their family budgets, the Town of Gilbert saw fit to discuss a potential…commuter rail.

That’s right. At the end of April, the Gilbert Town Council announced that it’s considering a $289,000 consulting contract for a feasibility study on establishing a commuter rail. What this would accomplish—and why anyone thinks this would be good for Gilbert—remains a mystery.

Even before COVID, public transit usage has been on the decline. And that’s only worsened since… 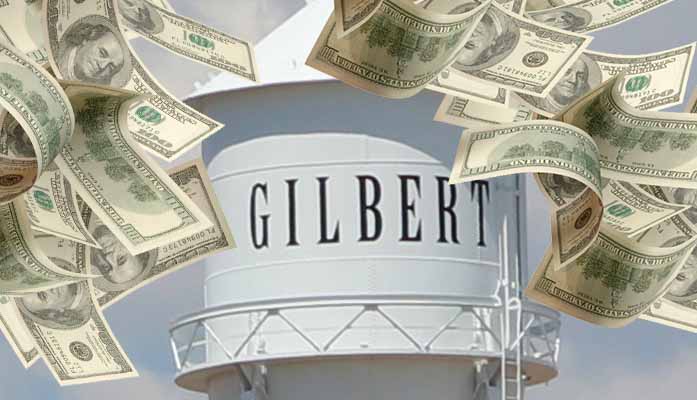 The vast majority of financial backers behind Yes for Safe and Efficient Gilbert Roads – a ballot measure expenditure campaign committee in support of the town’s $515 million transportation bond, which voters approved last week – are all who stand to benefit: builders, architects, general contractors, traffic data analysts, to name a few. Per the committee’s campaign finance reports, those financial backers accounted for $43,100 of the $54,850 they received since their inception.

The following is a breakdown of all those likely to benefit from passage of the transportation bond, and the donation amount associated with them:

Some of the names leading the charge on in-state donors included the town’s present and former leadership: Vice Mayor Lee-Yung Koprowski gave $500, as did former mayor Jenn Daniels. Although the former mayor doesn’t own or work within an infrastructure-related company, her lobbying firm could stand to benefit as AZ Free News reported. Daniels also pushed her endorsement for the bond initiative through a text alert to Gilbert voters.

Councilwoman Kathy Tilque and Koprowski both serve as committee chairs, though the original filing for their committee didn’t name Koprowski as the chair. The committee formed in June of this year.