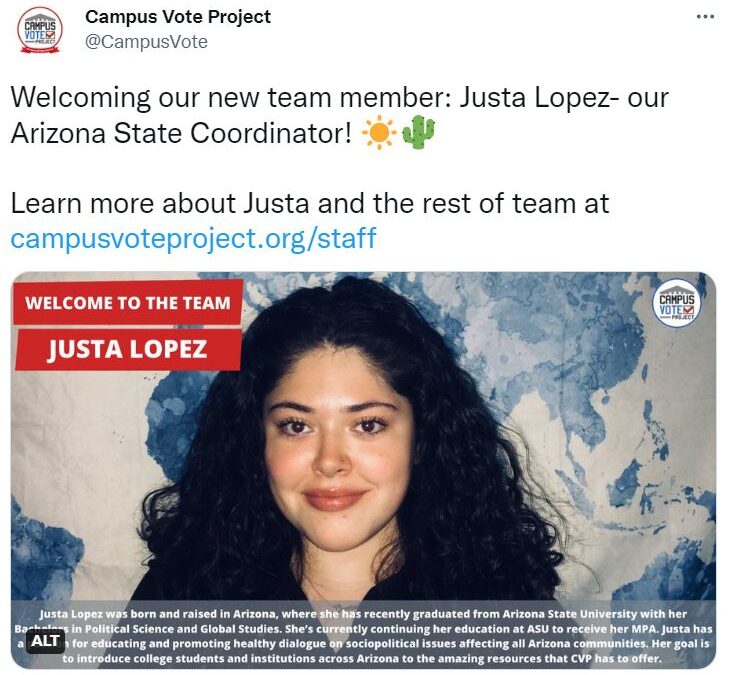 Fair Elections Center has received millions collectively, including from various principal bankrollers of the national Democratic money network such as the Democracy Fund, the Open Society Foundations (formerly the Open Society Institute), and Tides Foundation.

CVP no longer lists its partner organizations on its website. Most recently, they announced MTV as a partner.

“Through this, I found no statistical significance to suggest that police spending reduces crime rates, which aligns with the argument that abolitionists make,” stated Ahsan. “Additionally, I found that public expenditures towards workforce training, housing and human services have much more impact in reducing crime rates than policing.”