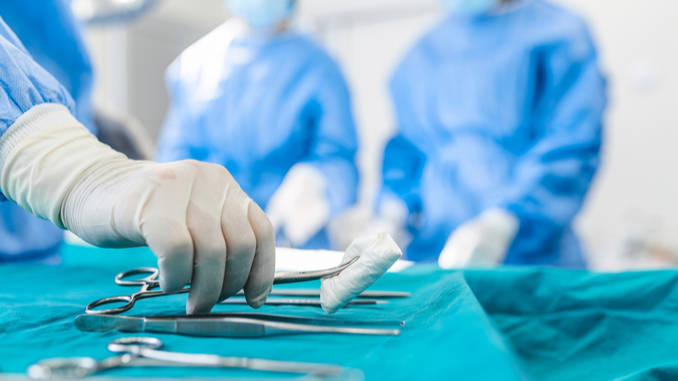 The Plague of Pediatric Transgenderism Is a Grave Danger to Adolescents

Phoenix Children’s Hospital has now confirmed on a Twitter feed that their standard treatment for gender dysphoria is “gender-affirming care.” This is strictly bad news for Arizona’s troubled  or gender-curious adolescents.

The wildly expanding world of transgender services has generated its own euphemisms, so a translation is in order. “Gender-affirming care” means that when any adolescent professes doubt or confusion about their gender, the only acceptable response is to agree that the child’s feelings are reality-based and immutable. Therefore, they must be encouraged to advance into treatment (more on that later).

Critics of this approach, even those simply urging caution, are ridiculed and threatened with professional sanctions.

Teenage females are the largest and fastest growing demographic for “transitioning.” Yet anyone who has raised, lived with, or been a teenage girl knows that they’re notoriously subject to mood swings and temporary infatuations.

Many adolescents today live in an Internet/social milieu that works to encourage transgenderism. Internet quizzes ask “Are you sure” you’re not trans.

Coming out as trans is seen as courageous.  It is rewarded with admiration and respect. It can be seductive for teens with self-esteem issues and limited ability to foresee long-term consequences.

But the gender-affirming care model is unique in believing the feelings of a teenager alone  justify life-altering medical and surgical treatments. There are no tests of any kind available to confirm or deny the diagnosis. According to this model, if the youngster reports they feel like the other sex, then they are transsexual. Period.

Gender dysphoria, feeling psychological discomfort with your biological sex, clearly exists. Some transgendered adults who made the considered decision to transform once maturity had been reached are living productive, satisfying lives.

Rare individuals who have been clearly gender dysphoric from birth seem to have a legitimate if ill-defined psychological disorder which can be ameliorated by passing as the opposite sex.

But these examples have no relation to the waves of transgendered teens now occurring.  In her meticulously researched book “Irreversible Damage,” Abigail Shrier recounts interviewing hundreds of parents with essentially the same story.

They thought they were raising a bright, well-adjusted daughter with normal emotional riffs. Then, suddenly, supported by her authority figures, she comes out as “trans.”

By the time they realize what happened, the deed is done, often medications have been prescribed, and the parents are out of the decision-making loop. If they don’t fully cooperate, they can lose custody of their child.

The result of this approach has been a huge leap in the incidence of transsexualism. Until recently, about 0.3% of Americans identified as transgender. Among today’s youth, that number is 1.8% and climbing.

In 2007 there was one American “comprehensive pediatric gender clinic.” Now there are 60.

It’s not logically possible that an identifiable, biologically-based condition would undergo such an enormous increase spontaneously. Yet patients continue to pour in from school clinics and pediatricians’ offices.

But what about those treatments? Once on the track, younger patients (i.e., some grade schoolers) are given puberty blockers which delay the effects of sex hormones, essentially causing an arrested development.

Later in high school, patients are given the hormones of the opposite gender—most commonly testosterone for girls, followed by mastectomy and other surgeries to remove unwanted organs, implant facsimile organs, and produce desired cosmetic results.

These ministrations are depicted as benign and reversible, but they are neither. At a minimum, they permanently terminate key functions like fertility and breast-feeding. Complications of organ transplants like the phallus can produce grotesque results. The medical ethics of sacrificing a body function for aesthetic or psychological purposes is questionable at best.

The human toll of this departure from normal scientific standards of care is now coming into view. According to a 2022 study by the National Institutes of Health called “Suicidality Among Transgender Youth,” “56% of transgender youth reported a previous suicide attempt and 86% reported suicidal thoughts.”

We are in the throes of an epidemic, not a viral but a social one. PCH and the other group-thinking experts serve us poorly by promoting this faddish, non-medical behavior. They should review the Hippocratic oath: First, do no harm. 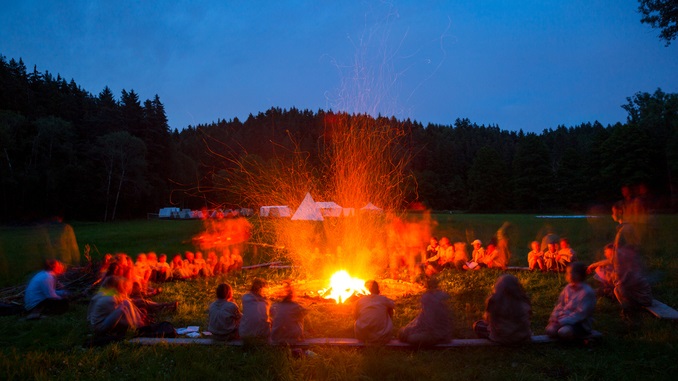 It’s not just teachers influencing children on issues like sexuality and gender identity. Kristin Downing, a Girl Scouts of Southern Arizona troop leader in Tucson for over eight years, advocates heavily for gender identity rights for children. Downing has repeatedly helped fundraise and advocate for LGBTQ+ activist organizations with dedicated efforts to influence children such as the Trevor Project, Southern Arizona Gender Alliance (SAGA), and the Gay Lesbian and Straight Education Network (GLSEN). Prior to volunteering with the Girl Scouts, Downing served five years as a children’s ministry leader with the Church of the Apostles.

On Wednesday, Downing addressed the House Government and Elections Committee that they passed, HB2294, which would require state documents to list an individual’s sex as either male or female. Downing explained that her 15-year-old daughter announced that she was non-binary at 12 years old, and was celebrated and praised by their entire community, including coaches, medical care providers, friends, family, and Downing’s fellow Girl Scout troop leaders.

Downing asserted that her daughter feels unsupported when state paperwork requires her to list her biological gender. She claimed that the same wouldn’t be true of “more welcoming states” like California — a state that recently allowed a 26-year-old male convicted of molesting a 10-year-old girl to serve out his prison sentence in a girl’s juvenile detention facility because he claimed he was a transgender female. Downing said her daughter’s excitement over the prospect of getting her driver’s license was dampened by the fact that she would be required to list her biological gender, and not be able to identify legally as “nonbinary.”

Downing suggested allowing nonbinary adults and children to mark an “X” instead of acknowledging their gender as either male or female.

“It’s very difficult every time we have to start a new semester, or go to a new activity, we have to have a whole conversation ahead of time about my child’s pronouns,” said Downing.

On social media, Downing has expressed that those against transgenderism in any way are inciting harm. In a Facebook post, Downing characterized opposition to transgenderism as “violence.” She insisted that “kids should be allowed to be kids” by allowing them to use the bathroom or join the sports team of their choice, regardless of their biological sex.

“They shouldn’t have their existence debated. Nobody should. I’m so exhausted from this discussion that is happening on a national stage — the kids are watching, they hear it all, and you are harming them,” wrote Downing. “Trans and non-binary kids deserve the same rights and the same ability to be their damn selves as everyone else. So I guess that’s today’s post about the trans week of visibility. A bit of a rant, because this is all f*****g b******t and I’m so tired of trying to tiptoe around it and make room for people’s discomfort and feelings — let’s call it what it is — it’s bigotry and transphobia. It’s an act of violence against the trans community and our children. There shouldn’t be allowances made for that.”

Girl Scouts allows transgender girls to join troops on a case-by-case basis, so long as the boy “is recognized by the family and school/community as a girl.” They also sell rainbow LGBTQ pride “fun” patches to encourage girls to show their inclusivity and support for the LGBTQ community.

In 2019, Girl Scouts recognized a member as one of their National Gold Award Girl Scouts for that year, their highest award, because she started a now-defunct online magazine for children within the LGBTQ community. The publication, Gliterary Magazine, mainly showcased fanfiction-style works about children discussing their LGBTQ experiences.