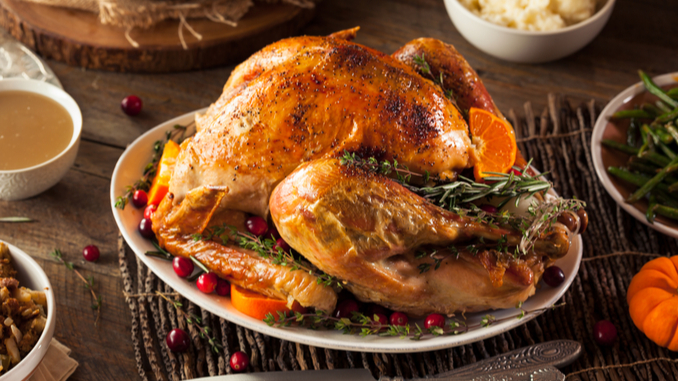 A Thanksgiving dinner for 10 may cost about 20 percent more than it did last year — a difference of nearly $11. It is the most expensive that a Thanksgiving meal has been in at least 36 years.

The annual American Farm Bureau Federation (AFBF) survey released on Wednesday revealed that classic Thanksgiving foods for a gathering of 10 would amount to $64.05. Last year, that same meal cost $53.31.

The survey reviewed costs for a 16-pound turkey, 12 ounces of cranberries, three pounds of sweet potatoes, one-half pound each of carrots and celery, 16 ounces of green peas, two pie shells, 14 ounces of cube stuffing, 30 ounces of pumpkin pie mix, one gallon of milk, and one-half pint of whipping cream.

Nothing declined in price; the grocery item with the least cost increase was the one-pound vegetable tray, at six cents.

Thanksgiving meal prices declined from 2015 to 2020 before increasing last year. This past year’s increase is the steepest yet in the 36 years since the AFBF began its survey.

The USDA issued a memo on Wednesday as well with different estimates. They claimed that their administration undertook actions to slow inflation at grocery stores, some of which have been purportedly palpable.

The USDA used a turkey hen instead of a tom for its comparison, and estimated that a large turkey hen would only cost two cents more per pound than last year.

Their estimates for costs of other staples were lower as well. 12 ounces of cranberries were $2.24, three pounds of sweet potatoes were $2.58, and a gallon of milk was $3.73. The USDA excluded pie ingredients, stuffing, and whipping cream from its estimates.

The USDA blamed the avian influenza outbreak, Russia’s war on Ukraine, and the drought for the increasing costs of food. Despite the loss of over 8 million turkeys, the administration projected that there wouldn’t be a turkey shortage come Thanksgiving. 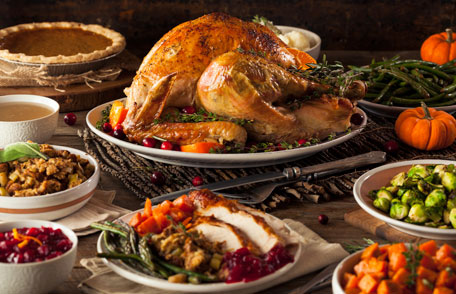