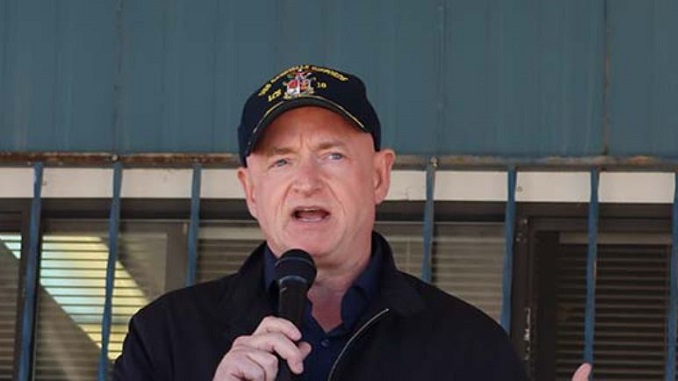 With the primary election over and the general election drawing near, Senator Mark Kelly (D-AZ) is leaning into his image as an independent candidate.

On Tuesday, Kelly republished an edited version of campaign messaging issued from last month announcing a 50-person bipartisan coalition of constituents. The senator shifted his presentation from an official with bipartisan support to an “independent voice” for Arizonans.

With Kelly’s support of the IRA expansion of the IRS by 87,000 more agents, it’s likely that most Americans making under $200,000 a year will be audited. 2021 IRS data revealed that over half of their audits focused on individuals making less than $75,000 a year.

Kelly’s campaign tone shift follows that of his Republican opponent, Blake Masters. As AZ Free News reported earlier this week, Masters opted to describe himself as “independent” in his latest campaign video, rather than displaying his endorsement from former President Donald Trump or interviews with popular right-leaning shows.

Media coverage of Masters’ shift may have prompted the candidate to backtrack somewhat. At some point over the last week, Masters rendered the video “unlisted”: meaning, the video doesn’t appear anywhere on his profile, and remains accessible only through a direct link, like the one we’ve provided above. However, the video remains on his Twitter page.

Throughout his tenure, Kelly has insisted that the issues he represents are neither Democrat or Republican issues. Often, he characterizes his stances as “Arizona priorities.”

Masters predicted in July that Kelly would shift his campaign tone to attract more independents, especially with Biden’s approval ratings at historic lows. The president’s IRA passage offered a slight boost from a historic low of 36 percent to 40 percent — though his inroads with Democratic and Republican approval numbers weren’t reflected among independent voters, who dropped further in their support.

The GOP challenger has been critical of Kelly’s claim of independence throughout his campaign, even praising Sinema for being a better independent.