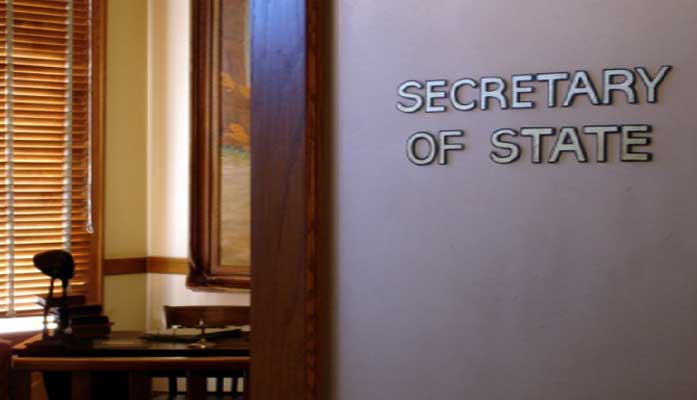 The Arizona House is now considering whether petition signatures should be rendered void if the signer didn’t listen to or read the description. The Senate passed SB1531 on Monday in a tight, party-line vote of 16-14. State Senator J.D. Mesnard (R-Chandler) introduced the bill, with State Senator Vince Leach (R-Tucson) as the co-sponsor.

In the event that an individual doesn’t hear or read the description, then the circulator would be required to void that signature. The Secretary of State would review the submitted petition and remove all voided signatures from it.

Although the bill didn’t mention any repercussions or further checks in place that would apply to circulators who don’t follow it, current law does require that circulators sign an affidavit swearing to the validity of the petition signatures.

One failed amendment by State Senator Juan Mendez (D-Tempe) would have extended the reach of the proposed bill to include petitions for nominating candidates.

During the Senate Government hearing, Mesnard explained that this bill is necessary because petitioners will lie to signers about what their petition constitutes. He described the “common practice” of circulators employing a sort of bait-and-switch tactic, pressuring an individual to sign a petition they may not fully be in agreement with. Mesnard called the method a “drive-by signature gathering.”

“They only know what the petition gatherer tells them. So what this is saying is that they’ve got to tell them what’s in it, like, read the summary not, you know, give their own spin on the thing,” explained Mesnard.

Arizona already requires that petition circulators disclose whether they are paid or not. However, there aren’t laws preventing circulators from unintentionally or intentionally misleading potential signers on what a petition actually constitutes.

Opposition to the bill argued that it created unnecessary hurdles for citizens to engage in the legislative process.

During the final vote, State Senator Jamescita Pehlakai (D-Window Rock) stated that this bill would pose obstacles to democracy. She cited the hardships imposed to get petitions to citizens in districts such as hers, which would take a significant amount of time to travel. Pehlakai added that non-English speakers might have issues with understanding, reading, or listening to the description.

“This is one of those bills that I guess in seeking to have folks be informed of what they’re signing actually does the exact opposite,” stated Pehlakai. “A lot of the people are really informed, so when they see me with my table and my canopy. They might already know the issues and want to sign. This would take so much more time depending on what needs to be read to them[.]”

State Senator Kirsten Engel (D-Tucson) suggested that reading or hearing the description wasn’t necessary for a voter’s understanding. She stated that this bill would come across as lecturing the voters and “treating them like two-year-olds.”

“I find that very paternalistic. It’s not up to us to decide when a voter has sufficient information about something, and it’s certainly not up to us to deputize the circulator to make that determination,” stated Engel.

Steele alluded that this bill to require more information be presented readily to potential petition signers imposed limitations on individuals’ ability to vote.

“So, this morning I heard the words of President Joe Biden. And, they’re so beautiful and so simple, and usually some of the wisest things we hear come in a very simplistic phrase,” stated Victoria Steele (D-Tucson). “‘If you have the best ideas, you have nothing to hide. Let more people vote.’”

The House is now considering the bill. It was assigned to committee on Wednesday.