It appears that Masters issued a preliminary concession on Friday, preparing for what Monday’s returns made more apparent.

Democrat Katie Hobbs will be Arizona’s 24th governor, becoming the fifth woman to do so. Hobbs pulled in 50 percent of the vote to Republican opponent Kari Lake’s 49 percent. Hobbs announced that she won on Monday, but Lake didn’t concede.

Democrat Adrian Fontes prevailed over Republican Mark Finchem in the Secretary of State race, bringing in 52 percent over Finchem’s 47 percent. Fontes declared victory on Monday morning, long before the ballot drop that night.

Finchem refused to believe the results of Monday’s ballot counts. He reminded voters that the polls didn’t reflect the results at all, challenging the ballots’ validity.

No estimated percentages of completion were given for Graham, Mohave, and Santa Cruz counties. Altogether, they account for over 106,100 votes.

On Tuesday, the Arizona Treasurer prohibited the use of Environmental, Social, and Governance (ESG) scoring when determining investments. ESG scoring is comparable to a social justice scoring, sometimes dubbed a “social credit score.”

Revisions to the Arizona Treasurer’s Investment Policy Statement (IPS) declared that ESG factors were non-pecuniary and therefore had no material effect on the financial risk or return of an investment.

The IPS further clarified that board shares couldn’t be voted to further “environmental, social, political, ideological, or other benefits or goals.”

“Biden’s Administration uses big government overreach to manipulate the private sector in picking winners and losers based on radical ESG policies,” wrote Yee. “We must protect American free market principles and not allow environmental or social goals to dictate how taxpayer monies are managed.”

This wasn’t the first time this month that Yee took action to counter the effects of ESG scoring. Last week, the treasurer gave a major global financial firm, Morningstar, 30 days to prove that they weren’t complicit in its subsidiary company’s alleged boycott of Israel due to ESG policies. Without sufficient proof, Yee will place Morningstar on the state’s list of prohibited investments.

The Arizona state legislature attempted to outlaw ESG scoring discrimination through HB2656 during this past legislative session. However, State Representatives Joel John (R-Buckeye) and Michelle Udall killed the bill. John declared that he voted against the bill in accordance with his belief that such discriminations don’t exist.

However, firearms industry business owners testified earlier in the legislative session about the need for another bill, HB2473, because banks refused to do business with them because they deal with firearms. One testimony came from Ruger Firearms VPO Tim Powney, who shared that Bank of America cut short their decades-long relationship due to his being in the firearms industry. That decision was likely based on ESG criteria.

The concept of ESG dates back to 2004 when former United Nations (UN) Secretary General Kofi Annan gathered just over 50 of the world’s top financial institution CEOs to discuss influencing markets via ideological criteria. Early prototypes of ESG scoring occurred through the New York Stock Exchange’s Principles for Responsible Investment (PRI) in 2006, then the Sustainable Stock Exchange Initiative (SSEI) in 2007.

Almost all major companies rely on ESG criteria. Many model their ESG scoring systems after the Stakeholder Capitalism Metrics developed by the World Economic Forum (WEF), a globalist lobbying organization. “Stakeholder capitalism” is the attempt to modify corporations’ behaviors to benefit stakeholders instead of shareholders, necessitating corporate cooperation with government: something Yee claimed allows government overreach and free market subversion.

The WEF claims that ESG criteria are financially material. They argue that poor ESG scoring played a role in 15 out of 17 S&P 500 bankruptcies that occurred between 2005 and 2015.

In the weeks after Yee’s decision, Texas, New Jersey, New York, and Florida pulled their investments from Unilever. Altogether, their divestments totaled well over $500 million. Yee said the series of events were a testament to Arizona’s leadership in an interview with AZ Free News.

“It was truly a movement,” said Yee.

These divestments all occurred last fall, but it wasn’t until late June that Unilever decided to sell Ben & Jerry’s in the Israel area, effectively ending boycott. Yee recounted how Unilever informed her immediately that they sold their Ben & Jerry’s business in the West Bank to an Israeli-owned manufacturing company. However, Yee explained that she was hesitant to reinvest in Unilever because of their delay in complying. Yee issued the ultimatum last September.

“My response to them was, ‘What took you so long?’” said Yee.

“The response by Unilever was such that they thought there are dollars to be lost by partnering with a company, Ben & Jerry’s, that doesn’t stand with American values,” said Yee.

That means the ice cream giant doesn’t own and won’t profit from its brand in Israel.

Ben & Jerry’s announced its boycott last July. The company asserted that Israel was occupying the West Bank and Gaza illegally, which it recognized as the Occupied Palestinian Territory (OPT). The company’s plan was to end its partnership with the licensee that manufactured and distributed its ice cream in Israel. The license agreement would’ve expired at the end of this year.

At the time, Ben & Jerry’s denied that their boycott was part of the Boycott, Divestment, Sanctions (BDS) movement. They claimed that they would stay in Israel through a different business arrangement, which they haven’t clarified.

The company pledged to disclose this new arrangement before the end of this year, according to what Unilever told Reuters in February. It appears that the arrangement either never came to fruition, or a satisfactory one wasn’t produced by the end of June, when Unilever announced it would sell Ben & Jerry’s in Israel.

Unilever may not be the only company that Arizona won’t invest in due to Israel boycotts. This past week, Yee announced that Morningstar, a major global financial services company, may be placed on the state’s list of prohibited investments if it doesn’t prove that its subsidiary, Sustainalytics, isn’t boycotting Israel. Although Arizona doesn’t have public funds invested in Morningstar currently, it would prevent future investments.

Corinne Murdock is a reporter for AZ Free News. Follow her latest on Twitter, or email tips to corinne@azfreenews.com.​

On Wednesday, Unilever sold its Ben & Jerry’s business in Israel to its current licensee, American Quality Products (AQP), effectively reversing the ice cream brand’s boycott of Israeli-occupied territory they believed belonged to Palestinians, or “Occupied Palestinian Territory” (OPT). The move came about six months before Ben & Jerry’s license agreement there was set to expire. Ben & Jerry pledged to continue selling in Israel through a different arrangement after that — just not within OPT.

The British consumer goods conglomerate asserted in a press release that they weren’t supportive of Ben & Jerry’s boycott, which they implied was antisemitic. The company explained that it was slow to take action on the boycott, which began last July, because they wanted to conduct an extensive review with parties involved, including the Israeli government.

“Unilever rejects completely and repudiates unequivocally any form of discrimination or intolerance. Antisemitism has no place in any society. We have never expressed any support for the Boycott Divestment Sanctions (BDS) movement and have no intention of changing that position,” wrote Unilever.

The conglomerate expressed hope that the Israeli and Palestinian governments could reach a peaceful resolution in their conflict.

Ben & Jerry’s insisted that their boycott wasn’t rooted in antisemitism.

Ben & Jerry’s boycotted the Israel-occupied area last July in response to controversy over Israeli forces along the West Bank, which the company asserted was an illegal incursion. In response, State Treasurer Kimberly Yee divested Unilever of state funds in September. The state originally had around $143 million invested in the conglomerate.

At the time, Yee pointed to Arizona law prohibiting state funds from going to entities that boycott Israel.

On Thursday, Yee issued a formal statement commending Unilever for reversing Ben & Jerry’s boycott. However, the treasurer didn’t pledge to restore the divested funds immediately. Yee shared that her office would review Unilever before deciding to reinvest.

“[I] continue to be concerned about the woke decisions of Ben & Jerry’s Board of Directors,” remarked Yee in closing.

In a statement, Ben & Jerry’s expressed that they didn’t support Unilever’s decision.

“We continue to believe it is inconsistent with Ben & Jerry’s values for our ice cream to be sold in the Occupied Palestinian Territory,” stated the company. 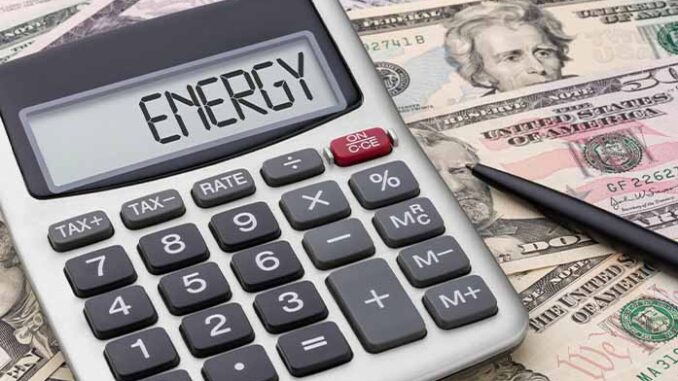 Arizona State Treasurer Kimberly Yee wants to ensure all State vendors understand their obligations in light of economic sanctions put on the Russian Federation by the U.S. and E.U. following Russia’s military invasion of Ukraine.

On Tuesday, Yee issued a Notice of Compliance about her expectation that State contractors, vendors, and other third-parties pay attention to the situation involving  Russia and have all “necessary consents, approvals, and authorizations of all governmental authorities in connection with any transaction” dealing with the State.

“As you are aware, the State of Arizona and the Arizona State Treasurer’s Office (ASTO) are subject to U.S. laws, regulations, and orders applicable to its business activities and financial transactions, including those related to the international trade controls and economic sanctions,” Yee wrote. “As a vendor of the State of Arizona, you have separate and independent obligations under these same laws.”

Yee added that the State of Arizona has no investments in Russia, and while economic sanctions are subject to change, she expects all contractors and third parties “acting as intermediaries for the State of Arizona” to be knowledgeable about and remain in compliance with export and import laws, regulations, sanctions, embargoes, and policies.

That includes, but is not limited to, securing all clearances, export and import licenses, or exemptions therefrom, and making all required filings with appropriate governmental bodies, she noted.

“If you or your agents are unable to comply with the above foreign transaction requirements – including compliance with the United States trade sanctions related to Russia– in regard to your independent relationship with State of Arizona, you are required to notify the Arizona State Treasurer’s Office in writing immediately,” Yee wrote.

Yee also used the notice to suggest State contractors and vendors not be associated with financing any oil or other energy trades with Russia.

“Instead, we respectfully request you consider financing and investing in energy production in the United States, so we can be energy independent,” she wrote. “This is not only beneficial from a foreign policy perspective, but it is also a safer domestic investment.”

Yee’s suggestion, she noted, goes against the wishes of the Biden Administration but she pointed out there is no law against financing U.S. energy production.

“Doing so is a sound investment that does not carry the risk of foreign investment in that sector,” Yee wrote.