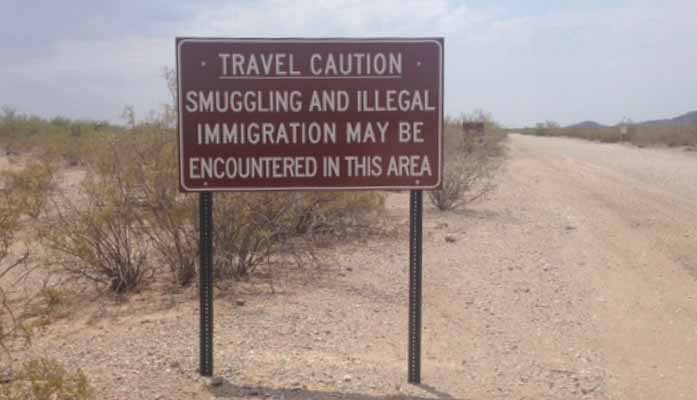 Terrorists appear to be making the most of the ongoing border crisis, according to the latest illegal immigrant encounter data from Customs and Border Patrol (CBP).

CBP told Fox News that they estimate approximately 1.2 million “gotaways,” in addition to the over 4.6 million illegal immigrants that have been apprehended at the southern border.

At this rate, there may be over 9.2 million illegal immigrants by the end of Biden’s first term.

The drug traffickers have gotten creative with their outsized shipments, disguising their cargo as commercial goods like rocks and cotton candy.

Harder drugs are taking precedence over others, as reflected by CBP drug seizure statistics. This includes fentanyl, meth, and cocaine. Marijuana dropped off in seizures around 2021.

Vice President Kamala Harris visited Arizona last Thursday. Although Biden designated Harris as the “Border Czar,” Harris did not visit the border while in Arizona. Rather, the vice president came to the state to discuss “clean” energy.

When asked why she and Biden weren’t taking more steps to secure the border, Harris said that Congress needed to act. Harris also indicated that it wasn’t important for her to visit the border during last Thursday’s trip, since she went in June 2021.

“The reality is, the people in Washington, D.C., the people who walk around the halls of Congress need to do something,” said Harris.

A week prior to her visit, Harris told reporters that the border was one of her highest priorities. 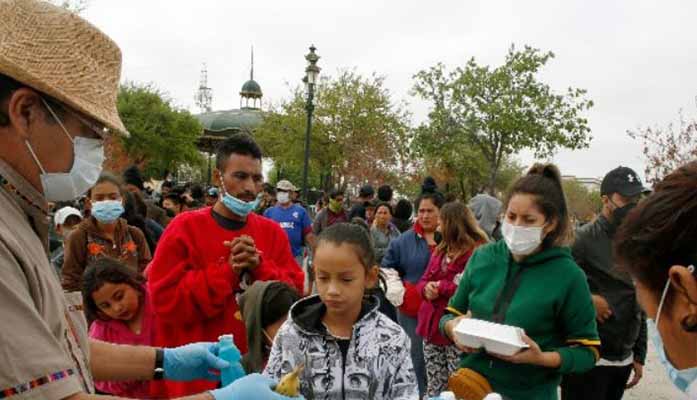 Dems Are Successfully Executing a Long-Range Strategy on the Border

Pundits commonly depict the ongoing calamity at our border as the result of Biden administration incompetence. As with inflation, urban crime, and the deficit, their near-complete lack of insight and management skills is leading us over a cliff.

But this analysis itself is a major error. They know exactly what they are doing, and they are doing it well. They are executing a long-range plan that is achieving great success.

The Biden administration is doing everything it can to bring as many illegal immigrants across the border as possible, braving considerable political blow-back to achieve their goals. They believe the mostly unskilled, uneducated migrants will gravitate to the party that promises more government benefits and thus ensure Democratic dominance indefinitely.

So, they alternately claim the border is actually “closed” and admit they are concerned but don’t know what to do about it. Now, admittedly some of the Washington Dems aren’t that bright, but it’s not possible to be so stupid as to not be able to see what is happening here.

Immediately after his inauguration, Biden announced the border was open and reversed the Trump policies, “Remain in Mexico” and “Title 42,” that had limited illegal border crossings. Now, illegal immigrants face no consequences if they defy the border police and make it across the line.

Instead, they are treated humanely, fed, housed and released into America, usually with a deferred asylum hearing which most don’t attend, since few have legitimate asylum claims. Yet our VP border czar pretends not to understand why five million illegal immigrants have crossed the border on her watch or what to do about it.

But open borders advocates gave away the real game. Czar Kamala, and others, said a plan to control the border might be worked out if Republicans would only “come to the table.” However, the only way to control the border would be through “comprehensive immigration reform,” which is their euphemism for amnesty.

So, there you have it. Democrats are okay with cranking up a situation so intolerable that Republicans will be forced to grant citizenship to the millions who entered America illegally.

Not long ago, Democrats Hillary Clinton and Barack Obama called for strict border enforcement to protect the wages of low-income workers. Democratic opinion changed when the offspring of 20 million or so illegal aliens began to vote as anchor babies.

California has become a one-party state, and several other western states seem poised to follow suit (although the Democrats’ grip on Latino voters may be fading as they become Americanized).

Playing-dumb Democrats aren’t the only group that benefits from open borders. Foreign governments benefit from billions of dollars of remittances, money that immigrants send back home saved from their earnings and, often, government subsidies they receive here.

The political champions of racial grievance benefit from a large community of immigrants whose relative poverty purportedly is proof that America is nativist or racist. Thus, Latino welfare organizations, academic departments, lawyers, and political organizations are required to remedy this lack of social justice.

Employers clearly benefit from a pool of young compliant workers who work for wages and conditions unacceptable to growing numbers of Americans. Caring progressives not only get a cause to pontificate for, but nannies, gardeners, and housekeepers to make their lives easier.

Of course, illegal immigrants benefit too, although they successfully competed against a legal applicant who waited and played by the rules. But unlike legal immigrants, illegals don’t come because they love America and want to become loyal Americans.

Their illegal entrance shows their disdain for the Rule of Law. Many cheered wildly when socialists like Hugo Chavez of Venezuela promised to confiscate land and assets from “the rich” and give it to “the people,” ultimately resulting in the economic devastation they are now fleeing.

Americans are bound together as a nation not by blood or soil, but by the values and ideals which brought us freedom and prosperity. Our future depends on an immigration policy which selects for immigrants, of any color or ethnicity, who understand this and want to share with us not only the privileges, but also the responsibilities, of being an American. 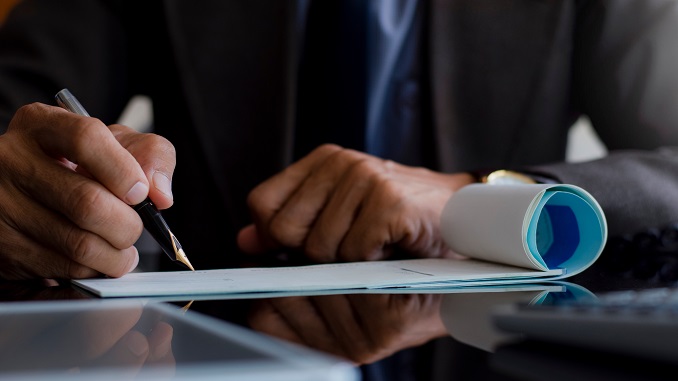 The Threat of White Supremacy Is a Sham

According to President Biden, “Terrorism from White supremacy is the most lethal threat to the homeland today,” as he put it in an address to Congress. Attorney General Merrick Garland agreed, noting that “racially or ethnically motivated violent extremists” are the most dangerous element of domestic violence.  Garland declared that we must “bring federal resources to bear” and “adopt a broader societal response” to the threat of White supremacy.

Their gatherings often attract more attackers than members. No one raises money for their bail when they get in trouble, like Kamala Harris did for BLM when their “mostly peaceful” protests produced burning buildings and mass looting.

The Leftist media faithfully performs its task of propping up this imaginary threat. Incidents of White-on-Black violence make headline news for days while pundits emphasize the role of systemic hate.  Similar incidents with different racial dimensions are often underreported or ignored.

In early May, five outbreaks of violence occurred within a few days. A California Taiwanese church was shot up by a Black man. Another Black man killed workers in a Dallas salon. A White man killed shoppers in a Buffalo grocery store. Pro-life offices were fire-bombed in Wisconsin and Oregon.

President Biden, as usual, only paid attention to the one that fit his White supremacy narrative. He seized upon the Buffalo incident as “proof of the poison with which White supremacy threatens America.” He vowed to not “let hate win.”

Even though the media’s over reporting makes them seem more numerous, incidents like the Buffalo shooting are, statistically, isolated events. But the Buffalo murders don’t even qualify anecdotally as an example of right wing-inspired terror.

C.E. Cupp on CNN explained the horrific incident by noting how “far right-wing media…stir up racial animus, ethnic animus, religious animus…getting people angry and afraid.” Another CNN expert compared Republicans to 1930s fascists and current Islamic dictatorships. “What these people want is a Christian White nationalist version of what you have in Iran today and Saudi Arabia.”

But the perp’s own 80-page manifesto reveals no hint of any such causation. Yes, he was deranged, a psychopath with an intense hatred of Blacks but no connections to White supremacy groups or ideology. He despised Fox News specifically and said he “wanted no part of conservatism.”

Though he was clearly not inspired by right wing influences, commentators latched on anyway to the killer’s advocacy of “replacement theory.” The New York Times called it a “racist, fringe conspiracy theory,” but it’s nothing of the sort.

It’s simply the fact that the US White population is shrinking while the population total is growing, mostly due to immigration. The concern isn’t skin color but whether this demographic shift will contribute to the decline of America’s culture and values. Recent trends in minority support of Republicans give hope that this may not happen, but at any rate, the observation is immaterial to White supremacy.

The Big Lie of pervasive White supremacy is deeply harmful. First, it serves as the pretext for our overgrown government to react to the “threat” with a series of banana republic-style measures to suppress opposition.

The so-called Ministry of Truth was paused, but the DOJ has created task forces to counter “racially or ethnically motivated violent extremists,”  including members of the military and parents advocating before school boards, but not Antifa, BLM, or Muslims.

Second, the Big Lie precludes a serious discussion of realistic remedies for interracial violence and the ongoing carnage of young Black men. We should do away with gun-free zones, which only reassure potential killers. We should work harder to keep guns out of the hands of the clearly deranged without a wholesale sacrificing of civil rights.  We need to stop the push to decriminalize crime and denigrate  police officers. And much more.

While we chase the chimera of White supremacy, real people continue to die.

Author Note: This column was written before the school shooting in Texas. Its conclusions are not affected.