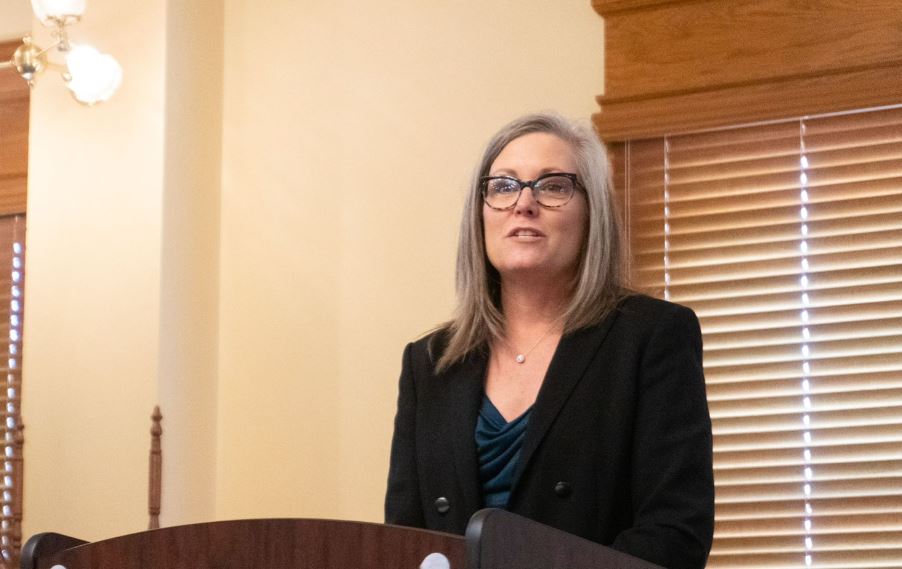 During Monday’s statewide canvass of the 2022 general election, governor-elect Katie Hobbs enjoined Arizonans to counter the speech of election critics.

After reading through a summary of election data, Hobbs urged Arizonans to monitor their peers’ election-related speech. She indicated that only election officials and designated experts convey truth concerning elections. Hobbs alluded to Cochise County’s certification delay, indicating that they were proliferating falsehoods, undermining democracy, and threatening to disenfranchise voters.

“As we’ve learned these past few years, protecting our democracy requires everyone’s participation to help discern truth from fiction and listen to experts seeking to uphold our laws and our republic rather than promote conspiracies,” stated Hobbs. “You can help combat and prevent these threats by getting involved. Learn from your trusted election officials and share accurate election information with your family and friends. Push back on and refuse to accept false narratives.”

Hobbs closed her speech by forewarning that the 2024 election would be equally rife with election denialism, if not worse.

“Democracy prevailed but it’s not out of the woods. 2024 will bring a host of challenges from the election denial community that we must prepare for,” stated Hobbs. “But for now, Arizonans can stand proud knowing that this election was conducted with transparency, accuracy, and fairness in accordance with Arizona’s election laws and procedures.”

When it comes to monitoring election-related speech, Hobbs has practiced what she preached.

The secretary of state’s office, Runbeck Elections Services, and election leadership in all 15 Arizona counties are members of EI-ISAC.

CIS also runs the Multi-State Information Sharing and Analysis Center (MS-ISAC), which is backed by and the cybersecurity needs go-to for the Department of Homeland Security (DHS). MS-ISAC, created in response to post-9/11 national security restructuring, got an $11 million cut from Congress’ $1.5 trillion omnibus spending bill earlier this year.

The following are MS-ISAC partners in Arizona: