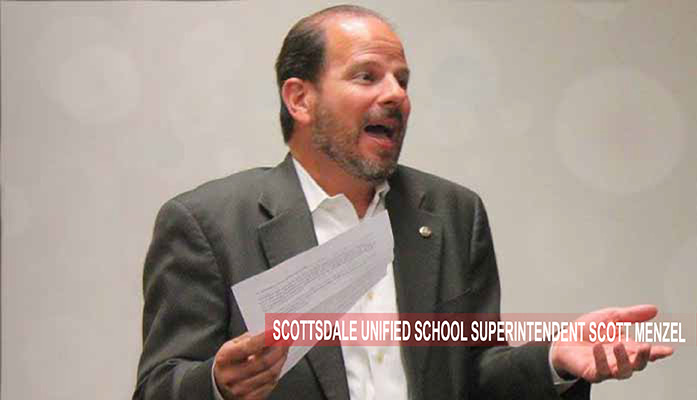 A Scottsdale Unified School District (SUSD) psychology teacher instructed high schoolers on controversial, challenged, and, in some cases, debunked claims concerning sexual orientation. According to records obtained by AZ Free News, SUSD didn’t give the teacher permission for what she taught.

Much of what SUSD Advanced Placement (AP) psychology teacher Mackenzie Onofry taught on the subject to the Desert Mountain High School students came from Alfred Kinsey: the late Indiana University sexologist credited as the “Father of the Sexual Revolution” whose research included adults sexually violating infants and children to prove the inherent sexual nature of mankind, even in minors. Kinsey is revered in many LGBTQ+ circles, and IU established an institute in his honor.

Dr. Miriam Grossman, the psychiatrist interviewed at length in The Daily Wire documentary “What Is a Woman,” interviewed with AZ Free News about this incident. Grossman affirmed the fact that Kinsey’s research was fraudulent and even criminal. She said Onofry’s teachings were “shameful,” especially considering that the SUSD teacher didn’t tell the full story of Kinsey.

“There’s no question here that this teacher is coming into the classroom with her own agenda of influencing the students and imposing her value system and ideas on these students. I think parents should be outraged that this is happening right under their noses,” said Grossman.

Grossman explained further that Kinsey attempted to normalize deviant sexual behaviors through his “Kinsey Scale,” which declared that human sexuality exists on a continuum but was based on research interviews that included sex crime felons and prostitutes.

“Kinsey was a social reformer. He wanted to rid society of Judeo-Christian values. He wanted an any-age, anything-goes type of sexual behaviors between people. We know that he lived that kind of lifestyle and he wanted to promote that kind of lifestyle in society,” explained Grossman. “He came up with his scale through research that was done in prisons with felons that had people who had committed sexual crimes and research with prostitutes. He took their responses to his questions about sexual behavior and he applied that to middle America. He implied that the deviant behaviors of the group that he was studying, and in which he fit by the way, applied to everybody.”

Grossman suggested that parents read the works of Dr. Judith Reisman, a researcher who dedicated her life to challenging Kinsey’s work and legacy, systematically exposing fraud in Kinsey’s work. Reisman reiterated that Onofry had a duty to teach the whole truth about Kinsey, if she were to mention him at all.

“If Kinsey should be mentioned at all in a psychology class to high schoolers, and I highly question whether that should be mentioned at all, it should only be mentioned how fraudulent his research was,” said Grossman. “What parents and schools need to be asking here is, what is motivating this teacher? Psychology is a huge field with many different areas and important things that teenagers would benefit from knowing. Clearly she’s picking and choosing these areas. I’m wondering how this is more important than other areas.”

Onofry’s curriculum was only available to the public through an open records request. Access to curriculum online through SUSD requires a parental or student login.

The issue of transparent school curriculums was nearly solved this year.

The state legislature came close to requiring all K-12 schools to make their curriculum accessible to the public online — until one Republican voted with Democrats to kill the legislation. Following the initial report of the SUSD sexuality curriculum from the Arizona Daily Independent, State Senator Nancy Barto (R-Phoenix) lamented the one Republican’s vote against transparency.

Though Barto didn’t mention the representative by name, she was referring to her colleague Joel John (R-Buckeye). John has sided with Democrats on other critical bills advanced by his fellow Republicans, such as HB2656.

“The radical push continues. AZ parents won’t know if CRT and sexual grooming is even happening in their schools [without] transparency aka SB1211 which failed this year because one Republican voted with every single Dem,” tweeted Barto.

Barto’s bill, SB1211, would’ve required schools to offer curriculum online in a searchable manner, organized by subject, grade, and teacher. Any education materials concerning nondiscrimination, diversity, equity, inclusion, race, ethnicity, sex, gender, bias, action-oriented civics, service learning, or social and emotional competencies were to be published online within 72 hours of their implementation. All other materials were required to be published within the week of their implementation. All materials would remain accessible on the school’s website for at least two years.

In explanation of his “no” vote in April, John argued that the bill was too burdensome for teachers. He said that, as a former teacher, the curriculum posting would burden an already “low-paying, thankless job.”

“I think this bill frankly goes too far and puts too many extra burdens [on teachers], as some of our colleagues have already pointed out,” stated John.

In his argument, John echoed a talking point among Democrats: that SB1211 was an “unfunded mandate” by the state.

Barto issued her condemnation in response to the testimony of Rhode Island parent Nicole Solas, who was sued by the nation’s largest teachers union for filing public records requests.

In the committee hearings preceding SB1211’s failure in April, Democrats stated that parents dissatisfied with their school’s transparency should just transfer. They made the argument as part of an indirect insult to the state’s school choice system.

Teachers on the popular podcast, “Teachers Off Duty,” argued that it was “against best practice” to require them to publish their curriculum in advance of the school year. One of the teachers, Bri Richardson, said that she couldn’t adhere to such a requirement because she didn’t know what she’d be teaching. The other three podcaster-teachers concurred with her.

“Is that a joke? Bro, I don’t know what I’m teaching,” said Richardson.

SB1211 earned the approval of Governor Doug Ducey’s office, who celebrated the bill’s progression out of the Senate in March.

Upon the bill’s demise, the House Democratic caucus portrayed SB1211 as “anti-teacher” and an indictment of educators as the enemy.