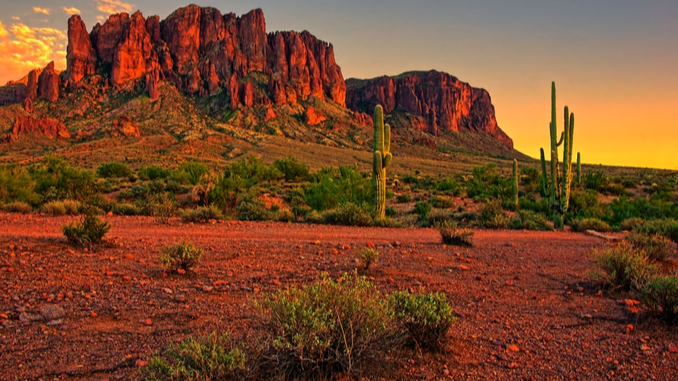 Democrats Are Using the ‘Latino Coalition’ to Manipulate Redistricting Maps

The final push on Arizona’s redistricting maps is upon us. And for the most part, things are getting better. The maps are reflecting the community input that the Arizona Independent Redistricting Commission has received over the past three months, and that’s important. After all, this process only takes place every 10 years, so whatever maps are drawn will determine your district for the next decade.

On top of that, the maps are also close to fitting the criteria that the commission must follow in the Arizona Constitution. This is good. And this is the direction the maps should be headed.

So, naturally, the Democrats are trying everything they can to game the system. And this time they are doing it through a group called the Arizona Latino Coalition for Fair Redistricting. 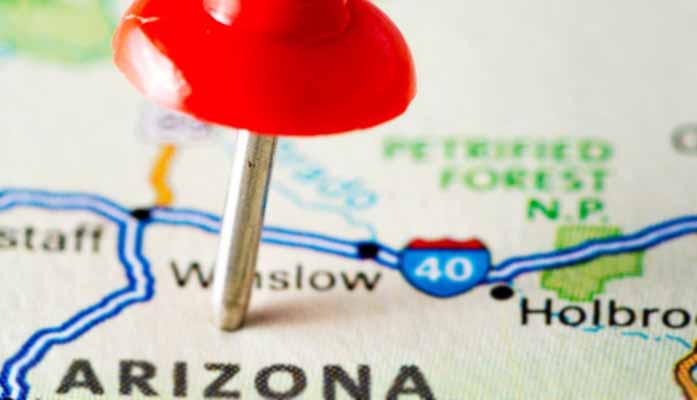 When the five members of the Arizona Independent Redistricting Commission (AIRC) meet on Monday, they will discuss their differing opinions on what the new boundaries should be for Arizona’s 30 legislative districts and 9 congressional districts for the next decade.

Arizona’s current district boundaries in use since 2011 include seven legislative districts and two congressional districts with a Hispanic-majority population. The AIRC has looked at dozens of public-proposed maps, as well as draft maps proposed by the commissioners.

Yet despite the U.S. Census showing more Latinos were added to Arizona’s population than any other demographic, the number of Hispanic-majority districts is likely to not change. And that, according to AIRC observers, is due to the efforts—and political influence—of the Arizona Latino Coalition for Fair Redistricting.

But the Coalition does not appear to be interested solely in amplifying the political power of Arizona’s Hispanic population. Instead, it appears to only be interested in the segment of that population who are presumed be Democrats.

The Coalition also appears to be receiving strategic advice from DJ Quinlan, who worked closely with the AIRC’s Democratic members during the 2011 redistricting effort. Quinlan, a former top official of the Arizona Democratic Party, has admitted to an association with the Arizona Latino Coalition for Fair Redistricting.

Critics say the Coalition’s interest comes at the price of ignoring an increasingly vocal and involved group—conservative Hispanics. And those conservatives are calling out the hypocrisy of folks like Gallardo and Grijalva for appearing to speak for all Latinos.

“Hispanics are the fastest growing part of the Republican Party and make up quite a large segment of Independent voters as well,” Steve Montenegro told AZ Free News. “The idea that all Hispanics vote the same way is both stupid and inherently racist.”

Originally from El Salvador, Montenegro has long been a voice for conservative values and for the elimination of race-based policies. He served nearly 10 years in the Arizona House and Senate, rising to the position of House Majority Leader.

Montenegro says the fact is more minority Republicans are getting elected from a variety of districts, including majority white districts.

“Most voters don’t care about race, and it is time for our mapmaking process to remove race and ethnicity from the process, and stop grouping Americans and Arizonans on the basis of the color of our skin,” he said.

Montengro and others point to the Arizona Latino Coalition for Fair Redistricting’s initial advocacy for creating an 8th legislative district with a predominantly Hispanic population. But the group’s proposal was unceremoniously dropped.

Critics say the reason the group dumped the idea is that with so many Hispanic voters leaning to the Right, the Democratic Party leadership feared spreading Hispanic population centers among eight instead of seven legislative districts would have benefited conservative candidates instead.

“The [redistricting] process is driven by partisan goals masquerading as concerns about racial groups or communities of interest,” says Montenegro. “So the Left uses Hispanics when helpful to create Democrat districts and then suddenly no longer cares about Hispanics when it negatively impacts the number of Democrat districts they can draw.  They made that obvious when the so-called Latino Coalition suddenly stopped caring about drawing more Latino districts.”

The shift away from creating an 8th Hispanic-majority legislative district also caught the attention of Sergio Arellano, who served on the Latinos for Trump coalition.

“It is incumbent on us to call out the hypocrisy and lack of authenticity of Latino groups claiming to represent us all,” says Arellano, a Veteran, a businessman, and a Latino community leader who strives to support conservative candidates and causes. “For far too long, we have allowed others to speak for a demographic as if it is a monolith.”

And although it appears the new legislative district maps will be intentionally drawn to avoid an 8th Hispanic-majority district, Arellano insists he would have embraced the opportunity provided by such a district.

“It would be an incredible experiment to have had that additional district because that would become the catalyst that tears down the narrative about Latinos being Democratic; it would serve as a platform to prove once and for all who has the best interest of the community and state at heart,” he says. “Personally, it would be a dream come true to have the opportunity to run in an all-out Hispanic district against the racist liberal Democratic Party nominees.”

The same concerns have been raised with the Arizona Latino Coalition for Fair Redistricting’s involvement in how the state’s nine Congressional districts are configured.

Under the Voting Rights Act, the new CD maps must have at least two majority Latino districts to avoid reducing the current minority status.  The Coalition noted in a letter to the AIRC in October of its interest ensuring the Congressional districts were formed to “protect and enhance majority Latino districts, helping to ensure that Latino voters have the ability to elect a candidate of their choice.”

And again, the Coalition considered proposing another Hispanic-majority Congressional district “due to the growth of the Latino population in Arizona.” The group did not pursue the idea, however, in order to preserve “the voting strength of the community.”

Yet some of the draft maps submitted to the AIRC by interested parties were able to maintain two Hispanic-majority districts while splitting up some predominantly Hispanic population centers or aligning smaller Hispanic communities with traditionally Republican areas that were in closer physical proximity.

Those maps were quickly discarded, which critics contend was due to ensuring Democrats did not end up in a more competitive race. And Montenegro believes some of the Democrats involved in the redistricting effort are actually using the Voting Rights Act to undermine the political interests of conservative Hispanic voters.

“The idea that you draw a district filled with Hispanics who will then elect a Hispanic and be happy because they’re represented by a Hispanic is dumb,” he says. “The left will tell them to smile and be happy because of the ethnicity of their representation, but only actual racists care about that as opposed to the votes and ideology of their representative.”