The November Election Shows That the GOP Won the Education Debate

The public school system in Arizona is a complete mess. But during the past few years, it really hit a new low.

Attempts to indoctrinate children with Critical Race Theory and radical gender theory have been spreading throughout our public school districts. COVID shutdowns have wreaked havoc on students’ education—especially low-income parents and children. In the meantime, public school spending surged during COVID while teacher pay didn’t keep pace. But that didn’t stop failed teachers’ unions like Red4ED from trying to use the “low teacher pay” narrative in their attempts to push more ridiculous tax increases on taxpayers like you.

Of course, all of this is only more infuriating when you consider that the majority of Arizona students continue to fail the statewide assessment. And ACT scores for Arizona students have fallen below the standards for our state universities. That’s why the Club made it a priority to drain the public school swamp in this past November’s election. And we saw some great success…

According to the latest ACT scoring data, the average Arizona student doesn’t achieve an ACT score recommended as a minimum by Arizona State University (ASU), Northern Arizona University (NAU), and the University of Arizona (UArizona).

On Tuesday, the ACT organization announced that the national average score for its eponymous college admissions test was the lowest it’s been in over 30 years: 19.8. However, Arizona fared worse: 18.3. The state’s students, on average, also fell below the ACT’s college readiness benchmarks.

All three universities present the ACT score as one of several possible criteria for admission, offering SAT scores, GPAs, and even certain courses taken as alternatives. During the pandemic, the three state universities made the SAT/ACT optional.

The organization noted in its state-by-state breakdown of data that the most accurate way to compare composite scores would be to compare the averages of states sharing similar percentages of graduates tested.

Even within that context, Arizona fared poorly according to the 64 percent of student scores available for review. The state with the next-highest percentage of graduates tested, Missouri (66 percent), boasted a composite score of 20.12. The state with the next-lowest percentage of graduates tested, South Dakota (58 percent), boasted a composite score of 21.42.

In a press release, ACT CEO Janet Godwin explained that this year of poor performance was the fifth consecutive year of decline: a “worrisome trend.” Godwin noted “longtime systemic failures” in the educational system, predating the pandemic, brought the nation’s students to this point.

“A return to the pre-pandemic status quo would be insufficient and a disservice to students and educators,” stated Godwin. “These systemic failures require sustained collective action and support for the academic recovery of high school students as an urgent national priority and imperative.” 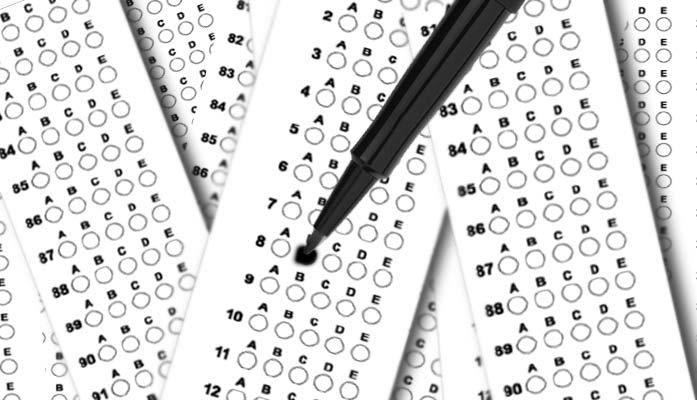