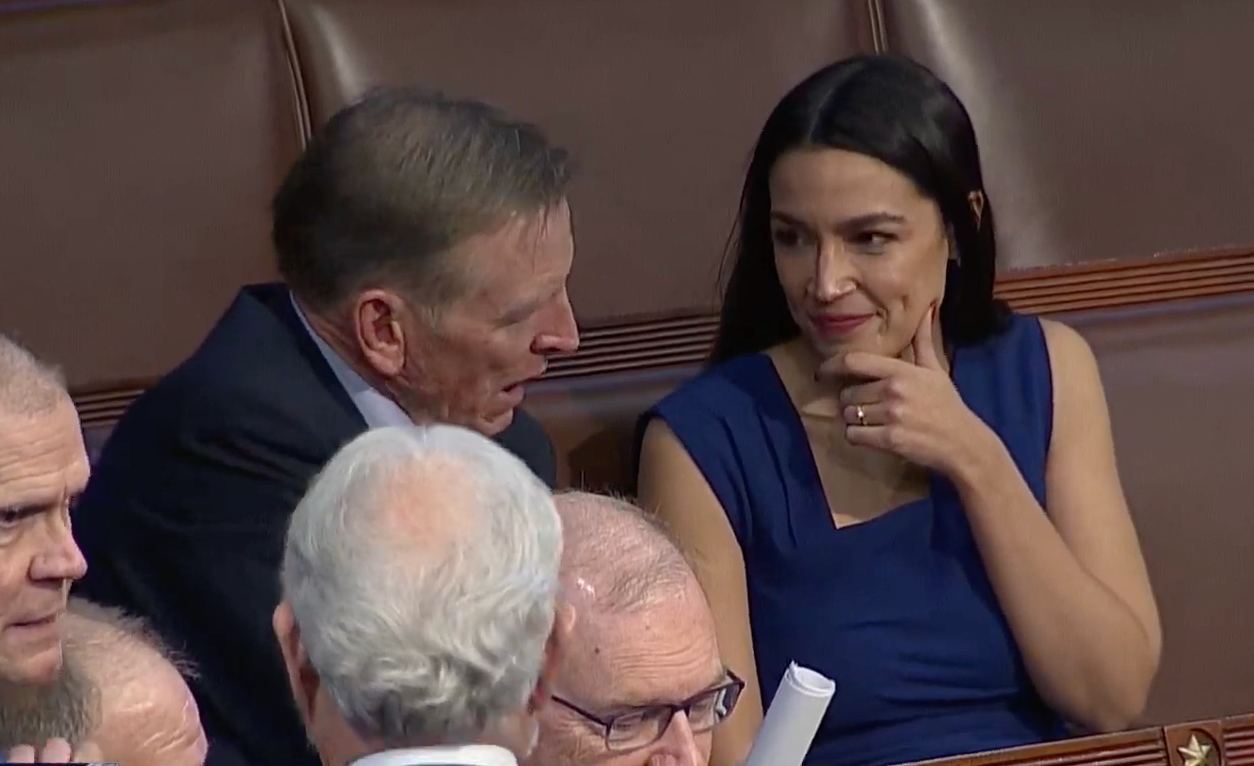 AOC Cozies Up to Rep. Gosar After Anniversary Of Her Claim That He’s a Threat


It appears that Rep. Paul Gosar (R-AZ-09) wasn’t a white supremacist posing a real threat of violence after all.

On Tuesday, Rep. Alexandria Ocasio-Cortez (D-NY-14) was captured engaging in a friendly conversation with Gosar. This interaction occurred a little over a year after she accused Gosar of white supremacy and threats of violence for posting a meme video portraying her and other Democrats as slain anime villains. Her claims of fear resulted in Gosar’s censuring and removal from two committees.

Ocasio-Cortez later clarified to reporters that the floor conversation with Gosar concerned Democrats’ support for Rep. Kevin McCarthy (R-CA-20) or Rep. Hakeem Jeffries (D-NY-08) as House Speaker. She told MSNBC that Gosar spoke to her to keep GOP leadership “honest,” dispelling McCarthy’s claim that he had Democrats’ support.

McCarthy reportedly told Republicans that he had promises of votes from Democrats to secure the speakership.

The fallout from Gosar’s meme occurred in November 2021. Ocasio-Cortez derided Gosar, insisting that the meme portrayed Gosar’s “fantasy” of killing her. She also claimed that institutions don’t protect women of color.

“White supremacy is for extremely fragile people and sad men like him, whose self concept relies on the myth that he was born superior because deep down he knows he couldn’t open a pickle jar or read a whole book by himself,” tweeted Ocasio-Cortez.

Rather than an apology, Gosar posted another meme mocking Democrats’ sensitivity.

Outcry from Democrats resulted in Gosar’s censure, which took four hours of debate to reach.

The congressman was removed from two committees: the National Resources Committee and the Oversight and Reform Committee. Gosar’s censure broke an 11-year dry spell for censures. Only two Republicans voted with Democrats to censure Gosar: Reps. Adam Kizinger (R-IL-16) and Liz Cheney (R-WY).

During the censure vote, Ocasio-Cortez claimed the meme was an incitement to violence. Since the meme’s posting, Ocasio-Cortez hasn’t been subject to any publicized attacks.

Although Gosar ultimately removed the offending video, he didn’t apologize for the meme.