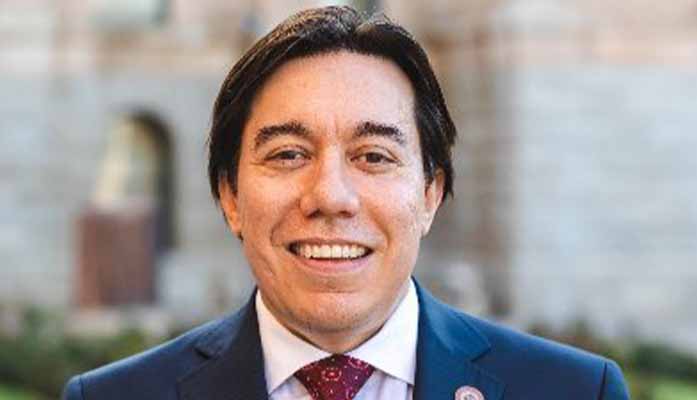 State Rep. Brian S. Fernandez (D-Yuma) has reportedly lost a key labor endorsement in the upcoming election after being accused by a fellow Democratic lawmaker of calling her a “Fat Fu**” to other elected officials and lobbyists.

Arizona Rep. Alma Hernandez tweeted Friday that SMART—the International Association of Sheet Metal, Air, Rail and Transportation Workers—Local 359 pulled its support for Fernandez as a result of his alleged comments about Hernandez, who represents parts of the greater Tucson area.

Fernandez, who is also accused of telling people he “hates” Hernandez, is running against Republican nominee Gary Snyder in the upcoming Nov. 8 General Election to represent Legislative District 23 in southwest Arizona.

On Friday morning Hernandez released a letter calling on Fernandez to take part in sensitivity training and to apologize “to every single woman” in the Democratic Party. She also wants party leadership to “seek a punishment” against Fernandez, who was appointed to the Legislature last year to fill the seat his mother Charlene vacated after several years.

Hernandez has also demanded the entire Democratic Legislative Caucus “take a pledge to not engage in this type of behavior against women.” Minority Leader Rep. Reginald Bolding issued a response Friday which noted the leadership team “is aware” of Hernandez’s letter.

“The House of Representatives has a clear policy on Workplace Harassment that gives zero tolerance to this type of behavior,” Bolding noted. “Pursuant to this policy, these allegations will be taken seriously, properly investigated and have been referred to the Rules Office.”

Very few other Democratic state lawmakers weighed in on the controversy. One is Rep. Cesar Chavez (Phoenix), who lost in the August primary election to Anna Hernandez, sister of Alma.