Threats to the Court Are the Real Threat to Democracy


Sen. Elizabeth Warren, with the concurrence of much of the Left, believes our democracy is once again under attack, this time from our own “rogue” Supreme Court. MSNBC agreed that “the Supreme Court has gone rogue.” The Congressional Progressive Caucus insists “we must hold these rogue justices to account.”

It goes beyond coordinated hysterical rhetoric. Rep. Alexandria Ocasio-Cortez demanded that Democratic Party leaders share their plans for “solving the problem of the rogue Court.” The New York Times advised “the Constitution provides a number of paths by which Congress can restrain and discipline a rogue Court.” Senator Sheldon Whitehouse introduced the Supreme Court Review Act to “check the Court’s rogue decisions.”

From the Left’s point-of-view, not only is the Court rogue, but so are the six justices who normally form the majority. According to protesters at a recent anti-Court rally, Roberts is an “impotent fool,” Kavanaugh a “drunken rapist,” and Thomas a “traitor and perv.” “Strong women scare” Alito. Gorsuch “stole his seat.” Barrett is in “an actual cult.”

Scholars like Berkeley Law Dean Erwin Chemerinsky write that none of the justices should be there. Georgia State Law professor Eric Segall argues that the Court’s illegitimate rulings should just be ignored.

But what rulings from this last term were radical, extra-legal interpretations of the Constitution? Here are some of the purportedly rogue rulings:

Reasonable people can disagree with these as policy prescriptions. However, the rulings are hardly constitutionally outrageous by any standard. They are not even that politically unpopular, except on the activist Left.

Still, White House press secretary Karine Jean-Pierre claimed, with no substantiation attempted, that overturning Roe v. Wade was an “unconstitutional action.” But most Court critics don’t argue about constitutionality. They simply don’t like the results of the rulings.

Americans have politicized the Court through failure to understand its role and purpose. Commentators commonly characterize justices as liberal or conservative, implying their personal ideologies are the legitimate basis of their judicial opinions. Sometimes they’re even referred to as Democrat or Republican.

Indeed, Barack Obama, himself a former constitutional law professor, wanted his Supreme Court nominees to “understand that justice isn’t about some abstract legal theory.” Rather, they should have “empathy…understanding and identifying with peoples’ hopes and struggles.”

But as the late Justice Antonin Scalia pointed out, there are fundamentally two grounds for federal court rulings: the text of the Constitution and laws or…what? Ideological chaos where ultimately the personal opinions of the judges prevail.

Americans not only tolerate this practice, they demand it. Partisans fully expect the Court to protect their ideological interests, to be their backup when the legislative process fails to produce the desired results.

Thus, another critic claims the current Court is deemed to have rogue status because it “acted under conservative control, as if it stands above the constitutional system, unaccountable to anyone other than itself.” But the Court by design is not supposed to be “accountable” to the political process.

Justices don’t face elections precisely so that they can be an independent third branch. They are free to protect minority rights and serve as a check against populist excesses in the democratically elected branches.

In return for their independence, judges bear a solemn responsibility to follow the Constitution. Any other course leads to government by black-robed tyrants not subject to any checks or balances.

In our cancel culture, justices have been seriously threatened with physical harm. Leftist politicians have proposed structural reforms like packing the Court, blowing it up, or ignoring it. But these are dangerous threats to the rule of law.

Those unhappy with the current Court’s decisions should utilize the traditional means available to effect change. Amend the Constitution, change the laws, appoint new judges when the time comes.

An independent judiciary is a hallmark of all successful democracies. Attempts to punish and threaten judges for their decisions is the real threat to our republic.

By the Arizona Free Enterprise Club | Save Our Schools Arizona is clearly frustrated in its mission to stop families... 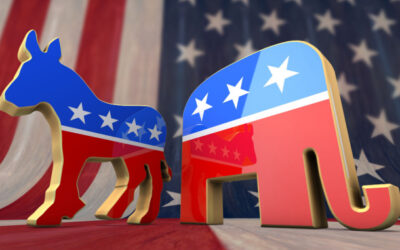 To Our Conservative and Moderate Friends

By Kim Miller | Are you considering voting for a Democrat, or not voting for a Republican because you think they’re... 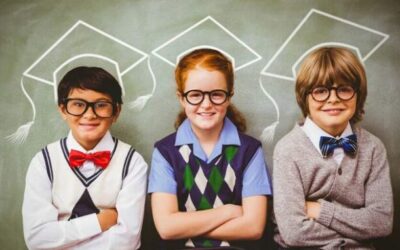 By Kurt Rohrs | Right now, there’s a growing conflict between whether our schools should be focused primarily  on...