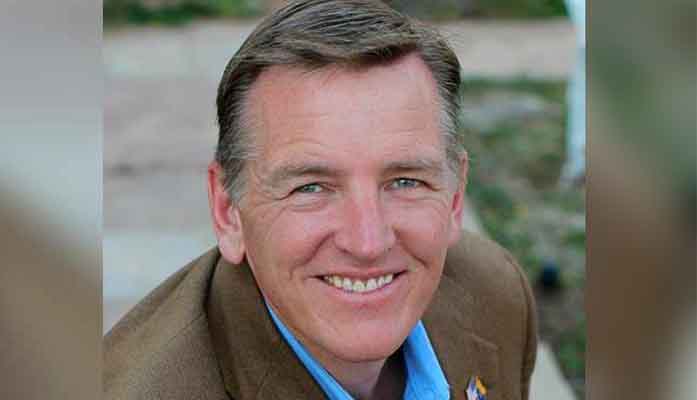 On Friday, Congressman Paul Gosar (R-AZ-04) requested that the Department of Justice (DOJ) turn over all records concerning an Arizona man accused of working as a federal informant: Ray Epps.

In a press release, Gosar said it was suspicious that Epps was never arrested or charged with a crime despite inciting illegal activity. Last January 5 and 6, Epps encouraged and directed protestors to breach the Capitol building.

“If the Department of Justice has nothing to hide and is genuinely interested in what happened on January 6, they should release every piece of information relating to Ray Epps’ involvement on that day,” stated Gosar. “Then and only then will the American people know what really happened.”

Epps appeared on the FBI Capitol Violence Most Wanted List within several days of the January 6 riot. The public and mainstream media identified him quickly. However, the FBI didn’t arrest or charge Epps. Last July, they removed Epps from their list.

A year later, this July, The New York Times featured Epps in an article discussing how accusations of federal informacy ruined his life. Epps said that he and his wife plan to file a defamation lawsuit against those levying accusations of government collusion. Elsewhere, he cited Revolver News and Fox News’ Tucker Carlson as the main sources of many of his problems.

Epps also claimed to the outlet that he avoided arrest because he reached out to the FBI on January 8, the day that the agency included his picture on their Most Wanted list. After less than an hour on the phone, and a March 2021 in-person interview with federal agents, the FBI reportedly cleared Epps of wrongdoing.

In January, the House’s January 6 Committee revealed that they spoke with Epps. According to their account of the private interview, the committee said that Epps denied any involvement as a law enforcement informant or employee.

Epps was the former president of the Oath Keepers Arizona chapter. The Oath Keepers are a militia organization that believes the federal government is controlled by figures attempting to take away American rights. According to archives of the chapter website, Epps served as president from 2011 until at least 2014. Another individual, Gerald Rhoades, served as the chapter’s vice president.

Oath Keepers founder Stewart Rhodes was arrested for his role in the January 6 Capitol riot. Although 10 other Oath Keepers faced charges as well, Epps didn’t.

AZ Free News reached out to Epps for comment, and to ask him about his thoughts on the trials against January 6 participants. He didn’t respond by press time.

Extended Notes on the Timeline: