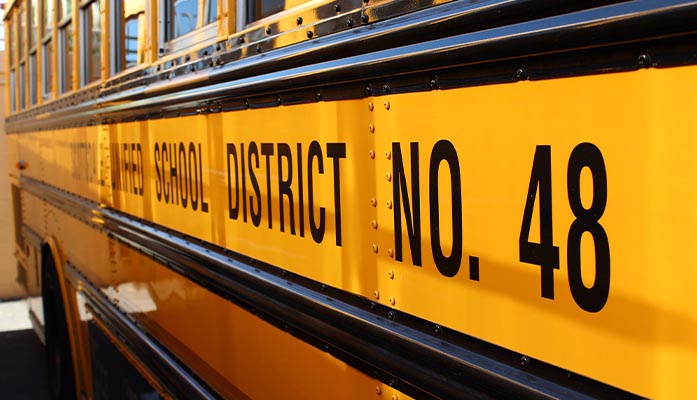 Scottsdale Unified School District (SUSD) now posts the names of individuals online who submitted records requests, and redacts staff members’ names in response to requests. SUSD will anonymize its employees’ words and actions, but it will ensure that the public is aware of who is looking into the district and how.

“They don’t want parents or community members asking questions and they will now out you if you do,” wrote Carney.

Beginning July 1, SUSD began publishing a list of record requests including the name of the requester, the request, and the status of the request’s fulfillment. AZ Free News obtained emails associated with this update, as well as SUSD’s separate decision to redact staff names.

One parent emailed SUSD to request that it comply fully with an open records request by not redacting staff names. SUSD general counsel Lori Bird responded that they wouldn’t. She explained that the district decided to redact all staff names due to media attention.

“The District has a strong interest in maintaining a safe and secure environment for its employees including, to the extent possible, not creating situations where staff members are harassed and threatened either through social, digital or print media,” wrote Bird. “In the last few months specific staff have experienced unfounded accusations of child sexual abuse and ‘grooming’ and have been threatened and harassed utilizing their work contact information and also on social media platforms. Concerns regarding the safety of employees are taken seriously by the District.” (emphasis added)

AZ Free News has been one of the outlets to report frequently on SUSD and the controversial fruits of its records requests. Most recently last month, SUSD unintentionally provided a parent with blank patient intake forms for a Phoenix hormone and gender transition facility. The records request concerned a high school librarian and Gender & Sexualities Alliance (GSA) Club.

Earlier last month, SUSD made headlines again for the content of its social justice programming, “Unitown.” Parents and community members were divided on the curriculum, part of which included a sexual orientation exercise that challenged minors on their heterosexuality and asked about their sexual behaviors, such as whether it was possible they’d consider a homosexual lifestyle if they experienced “a good gay/lesbian lover.”

In May, SUSD came under fire again after its superintendent, Scott Menzel, defended a staff member for discussing gender ideology with kindergarten and elementary students. Menzel accused parents of Civil Rights violations.

SUSD is currently facing a lawsuit from Attorney General Mark Brnovich over its retention of Jann-Michael Greenburg as a governing board member. Brnovich contended that Greenburg shouldn’t remain on the board due to his alleged circumvention of Arizona’s Open Meeting Law.