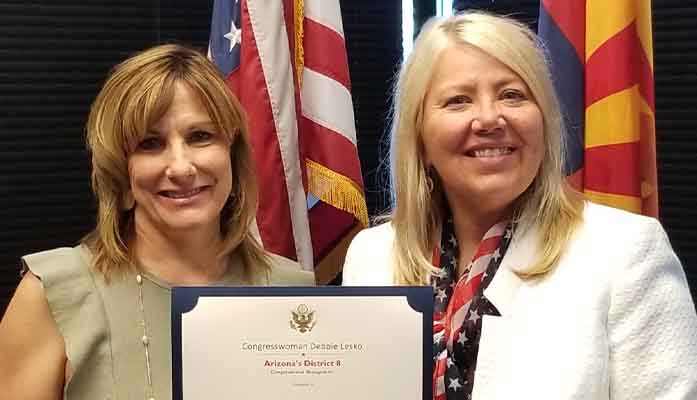 A candidate for Maricopa County Attorney has retracted a comment she made last week which provided incorrect information that could lead to voter confusion during the current 2022 primary election.

Gina Godbehere is running on the Aug. 2 Republican primary election ballot against interim County Attorney Rachel Mitchell. And with Maricopa County’s election process under intense scrutiny since late 2020, voters cannot be blamed for presuming candidates have taken the time to get a good grasp on election procedures.

But Godbehere, an attorney and former prosecutor, raised eyebrows July 7 with a campaign newsletter which included a “note of caution” to voters on the county’s Active Early Voting List (AEVL).

The AEVL allows voters to receive their primary ballot by mail. Once completed, the ballot can be returned by postage-prepaid mail, placement in an official drop box, hand delivery to the county recorder’s office, or dropping it off at one Maricopa County’s 200+ voting centers.

The completed ballots must be received by the county recorder by 7 p.m. on Aug. 2, regardless of which return option is chosen.

Godbehere’s newsletter, however, incorrectly described what happens if a voter waits until Aug. 2 “to walk your early ballot into a voting center” and drop it off in a ballot box. In that situation, Godbehere claimed AEVL voters will have their ballot deemed “provisional” which she said meant the ballot would be “counted last” 7 to 10 days after the election.

Various election officials told AZ Free News there is nothing in Arizona law or the state’s Elections Procedures Manual referring to any dropped off ballot as provisional. In fact, the term provisional only applies to ballots cast in-person under specific circumstances.

On Monday, Godbehere’s campaign issued a statement admitting the mistake.

“These ballots are not provisional, but regular ballots,” the statement reads. “We apologize for any confusion this may have caused.”

Maricopa County voters with questions about the election process can call 602-506-1511 or email voterinfo@risc.maricopa.gov

Godbehere and Mitchell are vying to be the Republican who takes on Democrat Julie Gunnigle in a Nov. 8 special election to serve out the remainder of former County Attorney Allister Adel’s term through the end of 2024.

Adel resigned under pressure in March and died the next month.