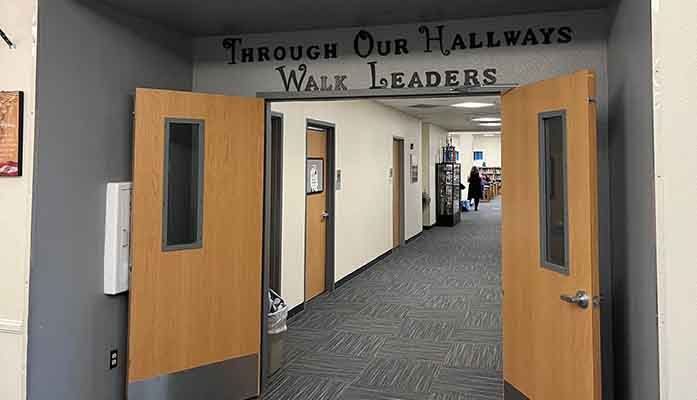 Last month, Liberty Unified School District (LUSD) outsourced its superintendency oversight to a staffing agency through a “retire/rehire” arrangement. In a divided 3-2 vote, the LUSD governing board allowed their superintendent, Lori Shough, to retire and then be rehired to the district through the staffing agency, Education Services Incorporated (ESI). ESI provides a workaround to state law, enabling Shough to draw from the Arizona State Retirement System (ASRS) while still working for the district full time.

The LUSD board held discussions on the ESI arrangement in an executive session last month, out of public view, for about two hours. Shough has worked in the Arizona school system for 24 years.

The arrangement is part of ESI’s “RetireRehire” program. The agency claimed that program members make more money in their profession without impacting the state’s retirement benefits. Shough won’t have to pay any fees for administering — but LUSD will.

“For many people, it’s like getting a raise,” stated ESI.

Under IRS guidelines, state law requires anyone who retires from ASRS but continues to work for their ASRS-providing employer to either limit their work to 20 hours for 20 weeks or less per year, or stay out of ASRS work for 12 consecutive months.

In an informational video about RetireRehire, ESI asserted that it began because of the ASRS rules, or separation of service requirement.

LUSD board members Michael Todd and Bryan Parks objected to the arrangement, arguing that it allowed Shough to “double dip” her retirement. In a press release, the pair argued that neither Arizona law or district policy allow school boards to outsource its authority to staffing agencies.

Parks expressed concern that Shough signed the ESI staffing agreement as both a worker and client, which he insisted removed the governing board’s control over the employment, direction, supervision, evaluation, compensation, discipline, and discharge of the superintendency.

“The whole scheme needs to be reviewed by the county attorney or the attorney general’s office,” said Parks. “Why should board members put in this effort and spend countless hours of time just to have schemes like this subject us all to personal liability? Who is going to be willing to volunteer as a board member when school districts do such things?”

As of last October, ESI reported working with over 1,500 retirees across 140 school districts, colleges, and government institutions in Arizona through its RetireRehire program.

The board, in another divided 3-2 vote, also approved confidentiality agreements for all ESI employees placed at LUSD. The board also agreed to a 75 percent performance pay compensation for Shough.

LUSD was also the first school district to have a transgender woman on its governing board. That member, a man named Paul Bixler who believes he is a transgender woman, argued against parents’ rights to their children’s information during House Education Committee discussions in the most recent legislative session.