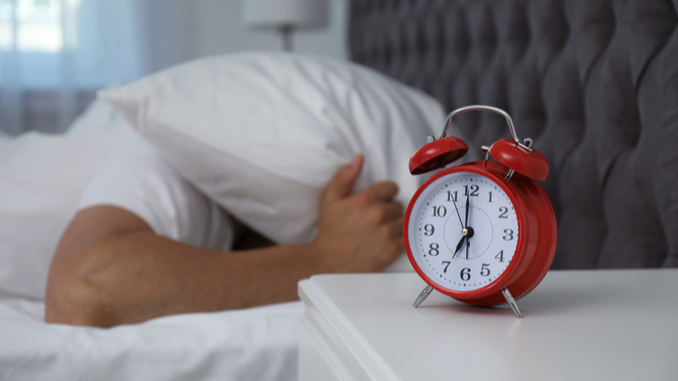 Just What We Need—Here Comes the Anti-Work Movement


On Fox News recently, the leader of an “anti-work subreddit” with over 100,000 followers, caused a stir by claiming that “laziness” was a virtuous lifestyle choice, which should be freely available. She depicted work as a form of oppression that the woke are justified in resisting in principle. The guest was a part-time dog walker who hoped to someday “teach philosophy.”

Shrug this off at your peril. Like many other threads now coursing their way through our culture (CRT, BLM, MMT, etc.), anti-work has deep roots in Marxist ideology.

In “The Abolition of Work,” Marxist author Bob Black decades ago argued that the only way for humans to be free is to reclaim their time from jobs, the “source of most of the misery in the world.” “No one should ever work.”

Instead, they should indulge in voluntary free play. Only thus could they avoid the subordination and degradation of the workplace. Nietzsche argued that work “uses up a tremendous amount of nervous energy and takes away from reflection, brooding, dreaming…”

It’s not just goofy dog walkers or cranky proto-communists in the anti-work bandwagon today. Relief measures implemented when our response to COVID dried up the jobs markets are no longer necessary, yet a great many Americans are simply disdaining a lifestyle that includes working. 4.5 million people quit their jobs in November alone. There are currently 12 million jobs available. Services are becoming harder to obtain, and empty shelves are popping up.

But work from the beginning has been a cornerstone of American culture. America and Canada were settled by Europeans who came to stay and create a better life. Land and other resources were plentiful here, but labor was scarce. So work was necessary to survive and prosper.

In Europe, idleness was admired. Gentlemen were hereditary landowners who believed work was a humiliating sign of failure, best left to the masses.

In America, by contrast, work was honored and rewarded. Common people could become landowners simply by “working” the land. Small farmers, shopkeepers and artisans, workers…all were the backbone of the economy.

DeTocqueville in the 1830s noted the astonishing industriousness of Americans. “An honest day’s work for a day’s pay” was the prevailing code of conduct.

With a productive private sector and a modest, non-intrusive government, America prospered unimaginably, transforming itself from just another British colony to a worldwide beacon of opportunity and prosperity.

But work provided more than material comforts. It endowed each worker with dignity, a sense of self-worth and personal agency. Each citizen could take justifiable pride in providing for and protecting their family.

During the Great Depression of the 1930s, many Americans dreaded material poverty less than the loss of dignity from not working. Written materials from that time confirm that severe economic hardship was considered temporary and survivable, but loss of dignity crippled the human spirit.

We now know that both economic prosperity and dignity eventually survived. But today the connection between work and dignity seems to be diminished. Dignity itself seems to have fallen out of style. Our leaders emphasize made-up rights, inequality, and income guarantees, but dignity is mostly ignored.

In the 1990s, the Contract with America implicitly established the notion that the Great Society welfare programs of 30 years previous had been a colossal failure. By disconnecting beneficiaries from work, they had consigned generations of Americans to lives of dependency and poverty of spirit.

The reforms enacted by the states consisted mostly of work requirements for able-bodied adults on welfare. Despite their success, over time the requirements have gradually been eroded by the hostile bureaucracy that administers welfare programs.

Now Democrats, once the party of work and workers, are seeking to eliminate work requirements altogether. Work is seen as an injustice that particularly minorities and poor people shouldn’t have to endure.

Unless workers work, there are no goods and services produced and the standard of living falls for all. A society where citizens vie to avoid work and live off the productivity of others, and where politicians scramble to accommodate them, is in danger. Ahead lies chronic economic weakness and vulnerability to tyranny.