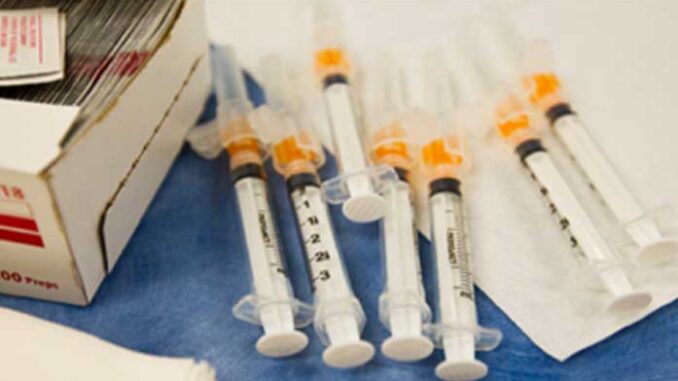 On Monday, Phoenix City Council Member Sal DiCiccio called for the city to put their COVID-19 vaccine mandate to a public vote. In his letter to City Manager Jeffrey Barton, who made the decision to implement the mandate, DiCiccio insisted that the mandate would only further strain their law enforcement staffing numbers.

“This decision will compromise vital citywide services to our residents, including public safety, which this Council has been aware of the alarming crime data and how the city is struggling to hire and retain personnel. A more thorough determination needs to be made on whether, under federal law, the City of Phoenix and it’s 13,000 employees are considered ‘federal contractors’ for the purposes of this mandate,” wrote DiCiccio. “A discussion and vote on this mandate needs to be held in public not behind closed doors. When this Council is mandating city employees to get vaccinated or else lose their job, pension, and years of service, the least this Council can do is be transparent with our employees.”

The city of Phoenix announced its vaccine mandate last week, giving workers until January 18 to comply. Barton reasoned that the city needed to impose the mandate because a majority of their operations are sourced in federal contracts – a class of employees required to be vaccinated under the Biden Administration. They promised $75 for each employee who complied with the mandate by the deadline – a benefit initially introduced earlier this year as an incentive to get vaccinated, now apparently a thank-you for compliance.

“For us, this issue is not about the vaccine but a concern for the public safety staffing in Phoenix and our members’ right to make their own personal health choices,” stated UPFA. “Forcing first responders out of a job protects no one.”

The PLEA Vice President Yvette Bro asserted that the city mandate would only worsen their staffing shortage.

“We can’t afford to lose one officer,” stated Bro.

City council candidate Sam Stone told AZ Free News that it was unconscionable for city leaders to unilaterally push for a mandate without input from those affected.

“This was a cowardly act by Phoenix politicians,” stated Stone. “They passed the buck because they know vaccine mandates are unpopular, and they want to gut our police force – but aren’t willing to take the blame for either of their poor decisions. Councilman DiCiccio is spot on to call for a public vote.”

Stone also insisted that city employees aren’t federal contractors, tweeting that the legal basis for the mandate was “bunk.” He warned AZ Free News that this mandate would grant the federal government more control over local government.

“Further, the city of Phoenix is not a federal contractor. Forget COVID for a minute, this sets a horrific precedent giving the federal government control over our cities and towns,” said Stone.