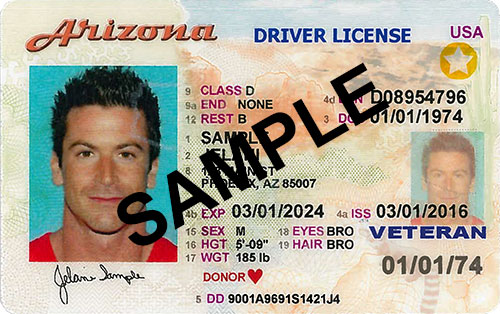 Beginning on May 3, 2023, an accepted identification credential under the REAL ID Act such as the Arizona Travel ID or a valid passport will be required before boarding any domestic flight. Arizonans risk being denied boarding because the standard Arizona driver license will no longer be accepted by the TSA, according to the Arizona Department of Transportation – Motor Vehicle Division (MVD).

As a result, MVD is urging people to upgrade their driver’s licenses or state identification cards to the Arizona Travel ID now rather than wait. The credential, which is distinguished on Arizona issued identification by a star in the upper right corner, costs $25.

The REAL ID Act of 2005 put into place a recommendation by the 9/11 Commission for the federal government to set minimum standards for the issuance of sources of identification, such as driver’s licenses. Deadlines for compliance have been extended numerous times in recent years, but requirements will now be enforced starting in May.

The Act also prohibits some federal agencies from accepting driver’s licenses and identification cards in certain situations if the issuing state does not meet the Act’s minimum standards. Situations requiring a compliant identification include domestic flights and entrance to DOD-controlled facilities and installations.

Current Arizona residents who have an Arizona-issued driver’s license or identification card can make an appointment for the Arizona Travel ID card at AZ MVD Now.

TSA does not require children under age 18 to provide REAL ID credentialed identification when traveling within the U.S. if accompanied by an adult companion who has compliant identification.

REAL ID cards are not sufficient identification for border crossings or other travel situations which require a visa, passport, or passport card. Learn more at azdot.gov/TravelID