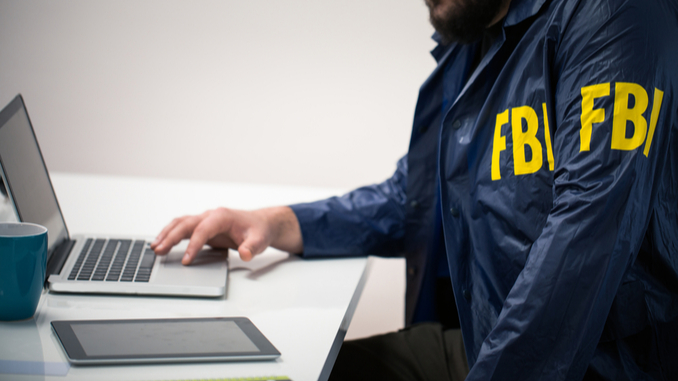 FBI Made Arrests For Threats Against Election Audit Critics, No Action on Threats to GOP Legislators

The Federal Bureau of Investigation (FBI) has nabbed two men who issued threats to elected Arizona officials critical of the 2020 election audit and claims of fraud — but has yet to act on threats made to at least two Republican officials.

On Wednesday, the Department of Justice (DOJ) announced charges against a Missouri man for a threat of violence made against Maricopa County Recorder Stephen Richer. It is the first of few charges brought against anyone for threats issued to election officials concerning the 2020 general election.

The DOJ also followed through with election-related death threats against Secretary of State and Democratic gubernatorial candidate Katie Hobbs. They arrested a Massachusetts man, James Clark, for a bomb threat placed to her office in February 2021.

“The FBI takes all threat-to-life matters very seriously,” said Ormerod. “While this arrest demonstrates the FBI’s commitment to hold accountable anyone who tries to intimidate a public official, it also shows that people cannot threaten others with violence and physical harm without repercussions.”

Yet, no charges have been brought for death threats made against at least two Republican officials: Senate President Karen Fann (R-Prescott) and State Senator Michelle Ugenti-Rita (R-Scottsdale).

“You are a completely worthless human being and an evil s**t. And you will die very soon. It will look like an accident. I’ve done this before. I have killed people,” wrote one anonymous individual to Fann. “I will kill again. I will kill you. Sleep well.”

Another to Ugenti-Rita not only threatened the legislator, but her family as well.

“Listen up you s**c b***h, you have one chance to give the American people the Audit report or were [sic] coming from [sic] you, we know where you live, we know where you get your groceries, and we know where your family lives. You better do the right thing or your [sic] going to feel the consequences. Do you understand? We the people are no longer willing to play….”

The man accused of threatening Richer — Tecumseh, Missouri man, 50-year-old Walter Lee “Butch” Hoornstra — allegedly said last May in a voicemail that the recorder wouldn’t make it to his next board meeting if he didn’t fall in line with those challenging the results of the 2020 presidential election.

“So I see you’re for fair and competent elections, that’s what it says here on your homepage for your recorder position you’re trying to fly here. But you call things unhinged and insane lies when there’s a forensic audit going on,” stated the voicemail. “You need to check yourself. You need to do your f*****g job right because other people from other states are watching your a**. You f*****g renege on this deal or give them any more troubles, your a** will never make it to your next little board meeting.”

The DOJ reported earlier this month that their task force has reviewed over 1,000 contacts reported as hostile or harassing by the election community. They said that only 11 percent of those contacts warranted a federal criminal investigation. It’s unclear whether the death threats made to Fann and Ugenti-Rita met that threshold.

Richer said he was thankful for the FBI’s efforts. However, he said that he had plenty more threats for them to review.