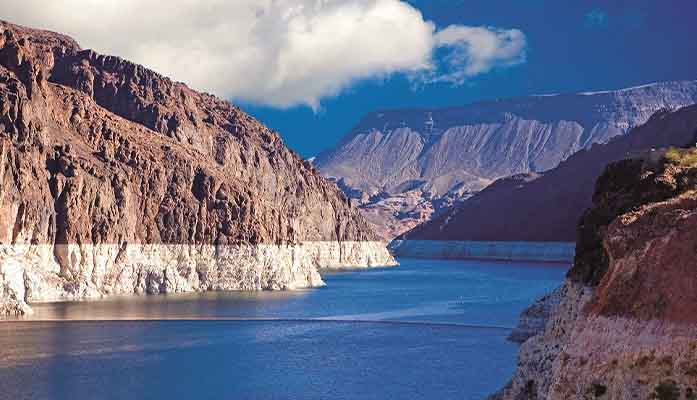 In June, Governor Doug Ducey increased WIFA’s responsibility to manage a $1.2 billion appropriation to ensure the state has an adequate water supply over the next century. The increased authority came through SB1740, introduced by State Senator Sine Kerr (R-Buckeye) and backed by a bipartisan majority of all but two votes in the legislature. Current members of the WIFA Board are Misael Cabrera, Keith Watkins, Paul Gardner, Alan Baker, Kevin Rogers, Lynne Smith, Briton Baxter, Fernando Shipley, and Ray Montoya.

The WIFA appointment comes as Arizona continues to grapple with its declining water supply.

Last year, the federal government cut back on Arizona’s largest renewable water supply, the Colorado River, when it reclassified the river to Tier One drought status. Then last month, the Interior Department announced that it would again cut back Arizona’s water allocation for next year.

In response, Cooke and Arizona Department of Water Resources (ADWR) stated in a joint press release that Arizona isn’t responsible for it’s water supply struggles. Rather, the two authorities indicated that other states were to blame. CAP and ADWR outlined how Arizona did its part to conserve the Colorado River system supply, such as leaving 800,000 acre-feet in Lake Mead alone this year, in addition to 37 feet of increased elevation contributed to that lake since 2014.

“It is unacceptable for Arizona to continue to carry a disproportionate burden of reductions for the benefit of others who have not contributed,” stated the CAP and ADWR. “Discussions among the Basin States and the United States have only led to a framework relying entirely on short-term, voluntary contributions for 2023 that fall far short of the water volumes needed to protect the system.”

Cooke will retire as CAP general manager in November. As a WIFA Board member, he will oversee loan and grant distributions for importing, conserving, and reusing water, as well as new technologies to improve the state’s water situation.

Fann asserted that Cooke was the best qualified candidate to improve the state’s water security at the most affordable cost to taxpayers.

“We closely examined every applicant and determined Dr. Cooke’s wealth of knowledge and incredible industry insight make him a highly qualified person for this position,” said Fann. “He understands the very different needs of municipalities, the agriculture industry, home builders and economic developers, as well as conservation.”

Cooke expressed gratitude for the appointment.

“I will do my very best to meet the high expectations for this role in the governance of Arizona’s fiscal, infrastructure, and water resources,” said Cooke.