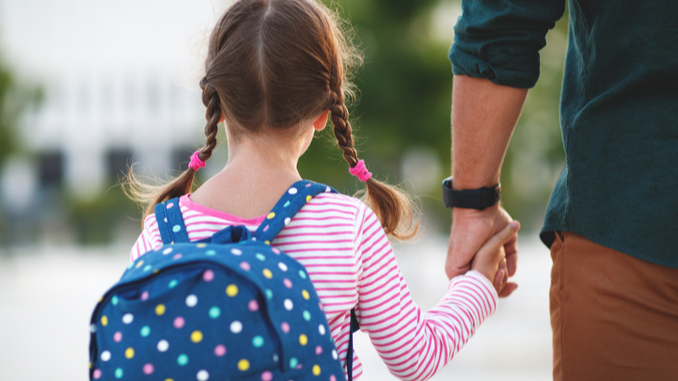 In an exchange with Goldwater Institute Director of Education Policy Matt Beienburg, Schwiebert insisted that parents should just use school choice if they disliked lack of curriculum transparency.

“Arizona is a school choice state, correct?” asked Schwiebert. “Parents could choose to go to another school. That could be their recourse, correct?”

Beienburg said Schwiebert made a valid point that further strengthened his argument.

“That’s a great point and illustrates part of the problem,” responded Beienburg. “A parent shouldn’t have to have their child in a school, find material that is clearly not academically appropriate, and now be faced with a decision of grumbling to a school board who may or may not be sympathetic to them, or take their kid out of school, away from their friends and their established environment.”

When she voted against the bill, Schwiebert said that parents already have the opportunity to engage with teachers. She insinuated that the blame lay with parents for not doing more, claiming that many teachers sit without any visitors at events like parent-teacher conferences and meet-the-teacher nights.

Longdon seconded Schwiebert’s argument, telling parents and legislators to utilize the school choice they championed before claiming that teachers have the “best interest” of their students at heart. She insisted the bill would stymie teachers’ improvisation efforts in class.

“So, I’ve heard a couple of things here. First off, when it was mentioned with this bill there was school choice, there was pushback against that. Although, when it’s been mentioned on other bills from folks who share my particular philosophy, we’re reminded we have school choice. So, I’ll put that out there. If you’re unhappy with the curriculum, school choice exists here in Arizona,” said Longdon.

Longdon also contended with Beienburg’s citation of the 1619 Project used in schools without parents’ knowledge, reminding Chairwoman Regina Cobb (R-Kingman) that the committee agreed not to discuss critical race theory (CRT) during the hearing at all.

Schwiebert argued that CRT imparted on children lessons of honesty, integrity, and freedom to pursue their dreams.

“When we teach history, it’s not about assigning guilt or blame. It’s about teaching young people to think deeply and critically themselves so we don’t repeat the same mistakes,” said Schwiebert.

Other Democrats said that they supported curriculum transparency but disagreed with the bill’s approach. However, State Representative Jake Hoffman (R-Queen Creek) challenged their claims, arguing that their description of transparency efforts as “meddling” proved their disingenuity. Hoffman also dispelled certain rumors presented by bill opponents, such as requiring teachers to photocopy documents. He noted that educators couldn’t be trusted on their own, citing his struggle as a school board member to get transparency from his district — in one case, he had to wait over 10 months for a contract.

“The bill is very clear. It requires you adding what those resources are to a list so that parents can be informed and so that parents have the ability to know what’s going on in their classrooms,” said Hoffman. “This system is not set up for parents to be informed or empowered beyond the cursory information that they are allowed to have. This bill empowers parents.”

State Representative Kelli Butler (D-Phoenix) claimed that curriculum transparency already exists, and characterized the bill as an “attack” on teachers.

“We need to stop tying the hands of our wonderful, dedicated classroom teachers,” said Butler.

State Senator Nancy Barto (R-Phoenix) sponsored the bill; it passed out of the Senate along party lines several weeks ago, 16-13.