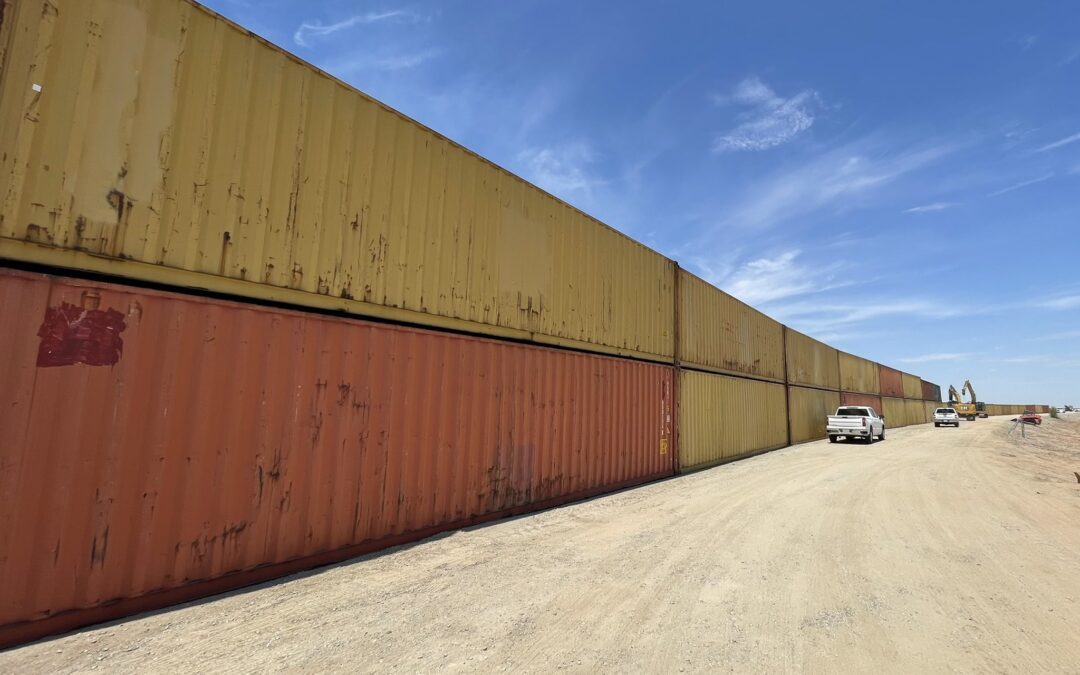 The Biden administration ordered Governor Doug Ducey to remove the shipping containers filling in border wall gaps, but it doesn’t look like either of them are budging.

In the Department of the Interior (DOI) letter, Bureau of Reclamation (USBR) Regional Director Jacklynn Gould claimed that Ducey’s action was a trespass against the country and was harming federal lands and resources. Gould said that the containers were in the way of the federal government’s efforts to close the border gaps.

“The unauthorized placement of those containers constitutes a violation of federal law and is a trespass against the United States,” stated Gould. “That trespass is harming federal lands and resources and impeding Reclamation’s ability to perform its mission.”

Even if Ducey moved all of the 122 shipping containers tomorrow, the federal government wouldn’t begin border wall construction immediately. Prior to any wall building, the Biden administration would have to conduct an environmental stewardship review. Such a process usually takes well over a year.

As of press time, September border crossings weren’t publicized. If border encounters under Biden continue at the present average rate of over 183,000 illegal encounters a month, there will be over 8.6 million border encounters by the end of his term. That’s over 5,900 illegal immigrants a day.

Ducey said that the Biden administration’s lack of urgency to address the border crisis signaled a “dereliction of duty.”

On Tuesday, Ducey spokesman C.J. Karamargin told The Washington Examiner that Ducey would consider its response to the USBR letter. Karamargin said that they had doubts about the authenticity of the Biden administration’s concern for the shipping containers since it took over two months for them to issue a response.

“We question their legal analysis and we are looking at our options,” stated Karamargin. “It took the feds since August to write a letter? If this is any indication of their sense of urgency, then perhaps that explains the problem we’re having.”

Last month, White House Press Secretary Karine Jean-Pierre issued a number of false claims concerning the border, including her insistence that illegal immigrants weren’t simply walking across the border. Jean-Pierre insisted that the Biden administration could do more to secure the border if Republicans “would stop their obstruction.” Democrats control the White House and Congress. 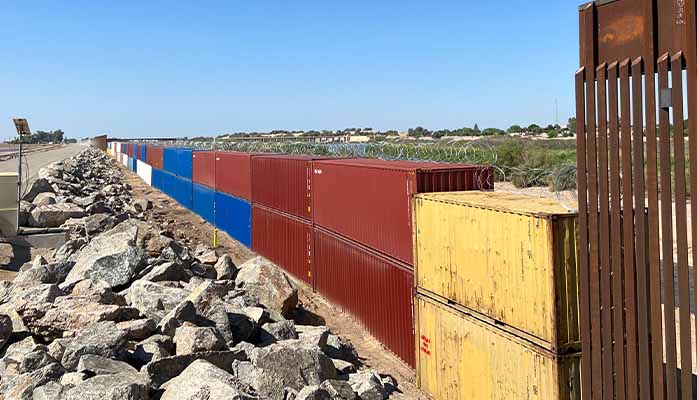 On Tuesday, Arizona finished the border wall gaps in Yuma. The state began closing the wall 11 days ago, on Friday, August 13.

Governor Doug Ducey celebrated the state’s rapid securement of the border the following day, the conclusion of an executive order which he dubbed the “Border Barrier Mission.”

In a press release, Ducey declared that his action didn’t mean the federal government was off the hook for border security. Ducey insinuated that Arizona’s quick action proved that the Biden administration didn’t really want the border closed.

“In just 11 days, Arizona did the job the federal government has failed to do — and we showed them just how quickly and efficiently the border can be made more secure – if you want to,” declared Ducey.

The state closed five gaps amounting to over 3,800 feet in the border wall. Securing the wall took 130 shipping containers and 48 workers, coming in at a cost of over $6 million. By comparison, the Biden administration spent an estimated $3 million every day — around $2 billion total — to not complete the border wall, per President Joe Biden’s proclamation.

Ducey relayed that the Biden administration promised Arizona last December that it would close the Yuma border wall gaps. No construction has taken place. Ducey noted that Yuma communities and their resources, such as nonprofits, food banks, and shelters, were overburdened by the illegal immigrant crisis. The area’s agriculture, the lifeblood of their economy, also suffered due to the travel of illegal immigrants.

“Every day hundreds of people come across the border into the Yuma area,” said Nicholls. “By closing the border wall gaps, Governor Ducey is helping to protect our city from the dangerous drugs and bad actors that come through on a daily basis. Yuma is grateful for the effective process of getting these containers in place quickly and secured. Governor Ducey showed the nation how to secure the border and keep illegal activity at the border at bay.”

“The open border left behind by the Biden administration has left Yuma County residents exhausted and our resources depleted,” said Lines. “We’re tired of the lethal drugs and human smuggling entering our county. These containers are making a huge difference and will disrupt the cartels’ trafficking operations. Thank you, Governor Ducey, for prioritizing our county and protecting our families.”