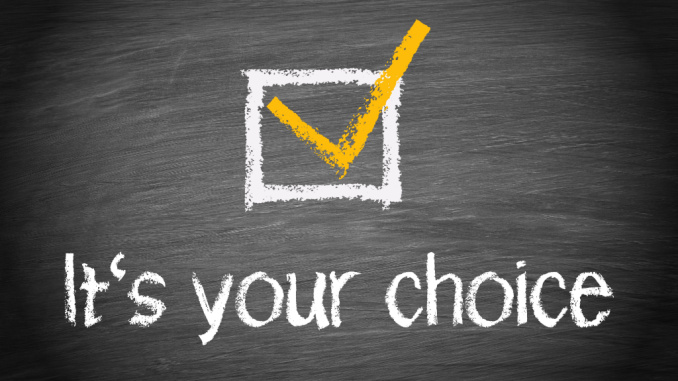 I was born and raised in Seattle, Washington. I went to high school, and college, and started my business there. We were the fourth generation of our family to live in West Seattle where we founded and operated local businesses. Over the last 80 years, my family has founded four companies, employed hundreds of people, and created opportunities for many others to grow and succeed.

On August 5, 2020, we made the gut-wrenching decision to leave. That was the day that Washington’s Governor, Jay Inslee, proclaimed that it was “unsafe” for children to attend school in the state, extending our school closures indefinitely. Our school reopening guidelines were the among the strictest in the nation, and even most private schools (including our son’s) remained closed until further notice. Our boys were three and six at the time, and we expected another lockdown through the winter would do far more damage to our collective mental and physical health than COVID ever would.

Shortly after Governor Inslee’s press conference ended, we started packing. A few days later, we put 14 suitcases and duffle bags on an airplane and headed out to spend a year in the Sonoran Desert. As our son started in Scottsdale Public Schools, the battle between the districts, unions, and Governor Ducey were in full swing. After yet another week of “iPad school,” we began frantically looking for a private school that would guarantee an in-person education to our first grader.

We found an opening at a nearby for-profit private school and enrolled our boys on the spot. Within a few weeks, we heard from our older son’s teachers that he wasn’t learning normally. Initially, we dismissed their concerns, assuming they were caused by the impacts of Seattle’s hard lockdown and our extended school closures.

They gently pressed, and we agreed to seek a reading evaluation through a local clinic. The results were all over the place, so we were referred to a local neuropsychologist. Our son underwent two days of intensive testing which finally led us to the answer: he is gifted, has mixed dyslexia, and an ADHD (inattentive type) diagnosis would likely follow after he turned seven.

The number one recommendation was that our son would need to be in a private school long-term. The neuropsychologist described the challenges involved in getting an Individualized Education Program (IEP) and 504 plan, especially with a twice-exceptional child, where the giftedness often hides the disability. Our son would need small class sizes and individualized attention, as he would likely struggle in a public school classroom.

Our for-profit private school bent over backwards to accommodate his needs. They allowed him to continue to attend school through his eight-week, half-day intensive dyslexia treatment program so he could maintain the relationships in his class and participate in Spanish, PE, and STEM. His teacher taught his classmates about learning differences, so they’d approach our son with acceptance and curiosity instead of judgment. They approved his providers’ recommended accommodations without hesitation. They welcomed, loved, and supported our child, regardless of his learning differences.

One year later, our son is reading a grade level above his age thanks in part to the three weekly sessions with a reading specialist provided by his school. Three months into third grade, he no longer needs specialized support and is able to operate independently in an accelerated classroom environment.

Our journey was a privileged one. We had school choice, albeit across state lines. We had access to top private clinics and specialists. We used a combination of health insurance, HSA funds, and savings to cover the over $50,000 cost to remediate our son’s dyslexia and provide him with a private school education that met his unique needs. Very few families can afford this on their own.

Washington State has the exact education system that the teachers’ unions advocate for: strong and well-funded public schools. Seattle spends over $23,000 per child per year on school and teachers make around $100,000 on average. Every bond measure placed on the ballot gets approved overwhelmingly.

But choices are strictly limited – well-funded public school or very-expensive private school. Teachers’ unions have unfettered power to lobby the politicians for whatever they want. In response, over 30 percent of parents have pulled their kids out of Seattle Public Schools in neighborhoods where their families can afford to in just the past three years.

My family came to Arizona because of school choice. We stayed because our kids’ needs were met here. We’ve seen a union-first school system firsthand, and COVID revealed its shortcomings. In Arizona, we are leading the nation in building a child-first system, founded on universal ESAs.

As we hear Governor-Elect Katie Hobbs repeat her union supporters’ lines about Arizona’s school system and her criticism of the ESA program, please remember my family’s story of how a great Arizona private school and our school choice programs changed our son’s life and story for the better.

Every family should be able to choose the school that meets their kids’ unique needs, just like we did.

Kevin Gemeroy was recognized as Washington State’s Mr. Future Business Leader in 1998 and as a Puget Sound Business Journal’s 40 under 40 honoree in 2018. He and his wife reside in Scottsdale during the school year with their two twice-exceptional boys. You can follow Kevin on Twitter here.