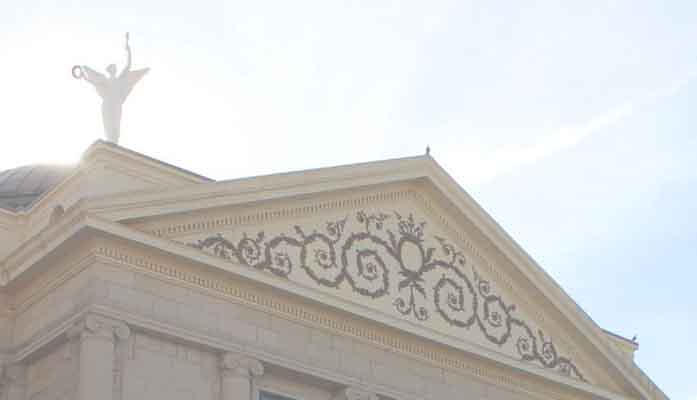 The Arizona legislature failed this year to pass a bill that would have required third grade students to be held back if they failed to learn to read adequately. The unsuccessful bill uncovered some unhappy truths about the state of education.

Third grade is recognized as a critical progression point for reading proficiency. Students through third grade are taught to read, after which they are expected to read to learn. Those unable to do so suffer a lifelong handicap in today’s knowledge economy with enormous economic and social consequences.

In 2019, 60 percent of Arizona’s third graders failed to meet our own reading standards. Unfortunately, nothing really new here.

Yet this ongoing failure is largely ignored by educators. There is little sense of urgency. Almost all of the failing third graders are routinely promoted to fourth grade, as if nothing of consequence had happened.

Here’s the worst of it. These dismal scores were recorded in the year before Covid, during which teachers’ unions refused in-person instruction. There was never the least evidence that school children suffered from Covid nor spread it.

Nevertheless, teachers received full pay and benefits. Ignoring “the science”, the unions insisted their work was far too dangerous.

No matter how much their students and families suffered, they stubbornly persisted. We’ll be years assessing the educational damage caused by their intransigence. Third graders mostly losing a year of reading instruction will be especially hard hit.

Yet even under these circumstances, government educators fiercely resisted the notion of a do-over, as they had before. They claimed that holding students back would cause more to drop out and result in worse outcomes. (Harvard research suggests the opposite).

Admittedly, holding back all non-reading third graders would be logistically difficult, although the long-term benefits to students and heightened accountability for educators would be well worth it. But educators’ real objection is that thousands of students in remediation would shine a bright light on their failure to perform what is arguably their most important duty: teaching basic literary skills to students who need them the most.

American education, with achievement levels lagging behind most other industrialized nations, has badly needed an overhaul for some time. The irony is that we know how to teach children effectively.

The Success Academies in New York, KIPP schools nationwide, Arizona charter schools and others have shown that it is a lie to pretend that disadvantaged students are “ineducable.“

Thomas Sowell found that New York City charter schools achieved proficiency levels several times that of district schools housed in the same building. Tuition scholarship programs in Arizona, DC and elsewhere have provided life-changing opportunity for thousands of children who otherwise would not have been so fortunate.

But in spite of their successes, school choice programs have been met with implacable hostility  from an educational status quo that sees only threats, not opportunities to better serve. Some teachers’ unions even demanded further charter school restrictions as a condition for returning from their Covid vacation.

The result has been that critical reforms have been stymied. Tuition scholarship programs and charter schools, though growing, still have waiting lists. The default option for too many students is still the failing school closest to their home.

But the Covid debacle could be the springboard to wide sweeping reforms. Parents noticed the callous disregard for their children’s welfare from those they trusted. Some parents were shocked by the pervasive ideological indoctrination in the zoom lessons they observed.

They became comfortable with homeschooling and other options that put them more in charge of their children’s education. Not coincidently, Education Savings Accounts, funds made available to parents for any educational expenses in lieu of public school attendance, have been introduced in over twenty legislatures this year.

The fallout from our failing schools is enormous. We have produced a generation too many of whom are uneducated, entitled and angry. They are enamored with socialism and disdainful of American culture, including free speech. Moreover, income inequality has been widened by the very education activists so vexed by it.

Covid is our best chance to finally open up and modernize the structure of American education. Viva la Revolución!