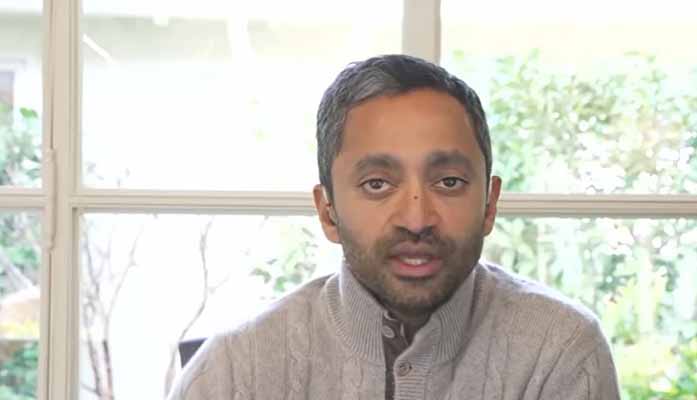 The Arizona Democratic Party accepted $10,000 ahead of the 2020 election from Chamath Palihapitiya — co-owner of California’s NBA team, the Golden State Warriors — who made viral remarks over the weekend that neither he or anybody else cares about the Uyghur genocide, and that the United States is no better than China. He further stated that he doesn’t believe China is a dictatorship, and dismissed claims that the Uyghur concentration camps are comparable to the Holocaust. Palihapitiya explained that he defends the Chinese Communist Party (CCP) because he doesn’t believe in moral absolutism.

AZ Free News inquired with the Arizona Democrats about Palihapitiya’s remarks and his donation. They didn’t respond to us by press time.

“Nobody cares about what’s happening to the Uyghurs, okay?” said Palihapitiya. “The rest of us don’t care. I’m telling you a very hard, ugly truth. Of all the things I care about, yes, it is below my line.”

Palihapitiya said that if an issue isn’t at the forefront of someone’s mind, then it isn’t considered caring. He said he cared more about the supply chain crisis, climate change, our flagging health care infrastructure, and how China’s potential plan to invade Taiwan may capsize our economy. He insisted that prioritizing human rights over tactical, strategic issues and believing that every individual is entitled to a basic set of human rights is a “luxury belief.”

“If you’re asking me, do I care about a segment of a class of people in another country? Not until we can take care of ourselves will I prioritize them over us. And I think a lot of people believe that, and I’m sorry if that’s a hard truth to hear, but every time I say that I ‘care about the Uyghurs,’ I’m really just lying if I don’t really care. It’s not a priority for me.” said Palihapitiya. “The reason I believe it’s a luxury belief is because we don’t do enough domestically to actually express that view in real, tangible ways. So until we actually clean up our own house, the idea that we step outside of our borders with us sort of morally virtue signaling about somebody else’s human rights track record is deplorable. Look at the number of black and brown men that are incarcerated for absolutely ridiculous crimes.”

Palihapitiya is also the CEO of Social Capital, a California-based venture capital company, and the board of directors chairman of Virgin Galactic, a California-based spaceflight company founded by Virgin Group founder and business mogul Richard Branson.

Since 2020, Palihapitiya has increased the frequency of his sizable campaign contributions. Prior to that, he gave selectively. While working for Facebook in 2011, Palihapitiya donated $5,000 to Senator Ted Cruz (R-TX). From 2011 to 2019, Palihapitiya would go on to donate to various Democratic candidates, giving $30,700 to the Democratic National Committee (DNC) in 2016 and $5,000 to Florida Democrats in 2018. Then in 2020, Palihapitiya decided to give nearly $180,000 to Democrats’ state organizations. Over $5,300 each went to Alabama, West Virginia, Kansas, Vermont, Massachusetts, Louisiana, Maryland, Mississippi, Delaware, New Jersey, New York.

President Joe Biden’s campaign received a total of $255,600 from Palihapitiya.

Following outcry, Palihapitiya walked back on his remarks. He tweeted a brief explanation sans apology, and insisted that he believes in the importance of human rights. Palihapitiya didn’t mention the Uyghurs in his explanatory statement.

“In re-listening to this week’s podcast, I recognize that I come across as lacking empathy. I acknowledge that entirely,” wrote Palihapitiya. “As a refugee, my family fled a country with its own set of human rights issues so this is something that is very much a part of my lived experience. To be clear, my belief is that human rights matter, whether in China, the United States, or elsewhere. Full stop.”

Although the entire scope of the Uyghurs’ situation remains shrouded in secrecy under the Chinese Communist Party (CCP), evidence has surfaced that the Uyghurs have been subjected to a myriad of nearly all conceivable human rights abuses while imprisoned in concentration camps for “re-education,” including: forced sterilization and abortion, torture, sexual abuse and rape, forced labor, and even death.