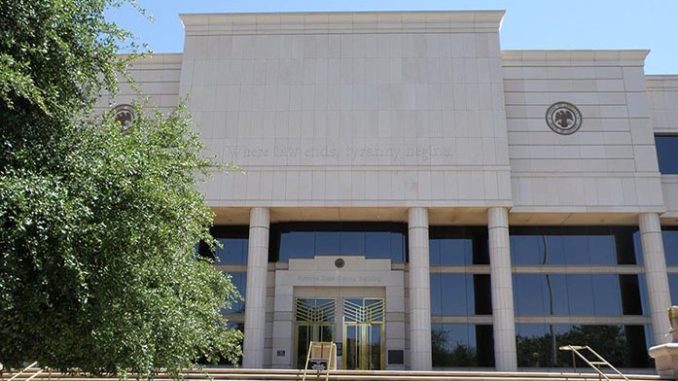 If government officials threaten to force you from your home because of a zoning violation, should you be able to seek a court order blocking the forced removal? Or must you wait until you are actually homeless to fight back?

That is a question the Arizona Supreme Court could consider next year, in a case out of Sierra Vista that has garnered the attention of the Goldwater Institute and private property advocates across the state.

Among the plaintiffs are several longtime city residents of a mobile home park who filed a lawsuit in early 2021 arguing that city zoning officials should not be allowed to force them to move the recreational vehicles (RVs) they live in and that anti-RV ordinances violate their constitutional rights.

A Cochise County judge and the Arizona Court of Appeals ruled there is nothing that can be done in advance to stop the city from enforcing the ordinance. The lawsuit can only proceed if the city actually moves forward with making the residents leave, according to the court rulings.

The Goldwater Institute’s Scharf-Norton Center for Constitutional Litigation took issue with the city’s position as well as the legal reasoning of the judge and appellate court. The organization has filed an amicus (friend-of-the-court) brief asking the Arizona Supreme Court to hear the case which the RVers are appealing.

Timothy Sandefur, attorney for the Institute, notes that prospective injunctive or declaratory relief against a threatened future unconstitutional government act “is a routine procedure.” As such, the amicus brief asks the justices to order the requested injunction to protect the residents.

“This case is like a hypothetical situation in which a plaintiff files a lawsuit for an injunction to prevent a defendant from converting her personal property, or building a factory that will pollute her land, and the superior court tells her the case is unripe because no theft or pollution has yet occurred—before adding, ‘come back after your property has been stolen or ruined,’” Sandefur wrote.

The 160-lot Cloud 9 property involved in the dispute is considered a manufactured home subdivision despite being called a mobile home park for decades. In July 2020, a notice of non-compliance gave several residents, including Amanda Root, 30 days to remove their RVs despite the fact most had lived at Cloud 9 for years and did not have funds to move elsewhere.

The city agreed to take no action on the zoning order while attorneys for the residents and the city attempted to resolve the matter. But in February 2021, the city council rejected a proposed amendment which would have allowed Root and the other impacted residents to continue living in RVs at their current locations.

A lawsuit was filed a short time later seeking an injunction preventing the city from enforcing any evictions while the case was litigated. The city’s twofold argument contended the restrictive ordinances related to RVs are constitutional and that there is no legal basis for a court injunction at that time.

Judge David Thorn of the Cochise County Superior Court denied the injunction, pointing out there was no “injury” caused by the threats of enforcement. The Arizona Court of Appeals also passed on hearing the case due to no showing of actual harm, although the appellate court noted there could be harm in the future.

The Arizona Supreme Court will decide in early 2023 whether to hear the case or to leave in place Thorn’s decision that nothing can be done until Sierra Vista officials try to enforce the zoning violations.