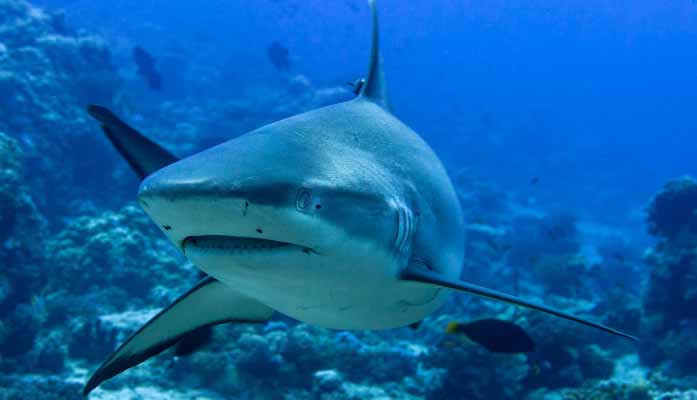 Arizona State University (ASU) researchers grapple with some of the most pressing questions of our modern political landscape — most recently, whether “Shark Week” is guilty of a racism that perpetuates negative perception of sharks.

One of the study co-authors, ASU Postdoctoral Scholar David Shiffman, speculated to The Washington Post that the lack of diversity was purposeful. He pointed out that there were more white male experts and commentators than women, specifically men named “Mike.”

“When there are hundreds of people of color interested who work in this field, [and] when my field is more than half women, maybe it’s not an accident anymore that they’re only featuring white men,” stated Shiffman.

The study noted that shark conservation efforts were hindered, in part, by presenting inaccurate facts, fearmongering, bias, and inaccurate representations of scientists.

“In addition to the logistical difficulties of effectively conserving wide-ranging marine species, shark conservation is believed to have been hindered in the past by public perceptions of sharks as dangerous to humans,” stated the study. “Shark Week is a high-profile, international programming event that has potentially enormous influence on public perceptions of sharks, shark research, shark researchers, and shark conservation.”

The study went on to posit that white men were partly to blame for negative perceptions and limited conservation messaging concerning sharks. Shiffman and five other researchers analyzed 32 years of Shark Week documentaries (272 episodes) to draw their conclusions.

“Shark Week’s depictions of research and of experts are biased towards a small set of (typically visual and expensive) research methodologies and (mostly white, mostly male) experts, including presentation of many white male non-scientists as scientific experts,” stated the study’s abstract. “While sharks are more often portrayed negatively than positively, limited conservation messaging does appear in 53% of episodes analyzed. Results suggest that as a whole, while Shark Week is likely contributing to the collective public perception of sharks as bad, even relatively small alterations to programming decisions could substantially improve the presentation of sharks and shark science and conservation issues.”

The study broke down “Shark Week” episodes by the rhetoric used, themes, and incorporated research methods, in addition to the demographics of featured experts and commentators. The publication noted that the show often presented non-scientists or those without peer-reviewed publications as experts.

The study also noted that none of the featured hosts or experts used non-binary pronouns or were publicly identified as transgender.

“Inclusion of all identities is critical for the future of STEM and shark science specifically,” stated the study.

AZ Free News reached out to Shiffman for comment. Specifically, we asked for his thoughts on criticisms that correlation doesn’t necessitate causation, if the negative perception of sharks in some way was connected to implicit bias and/or racism, and if his nature as a white man was impacted by the study’s findings.

Shiffman responded that he had no comment, but that he would encourage a read of the entire study rather than “ignorant alt-right criticism” of the Washington Post coverage.

The coverage and content of the study did draw sharp criticism from right-wing circles.

Shiffman also published another diversity-based study in May focusing on representation in a prominent shark and fish academic group: the American Elasmobranch Society. Shiffman discovered in this study that more than half of group members were women, but that over 70 percent of group leadership consisted of men.