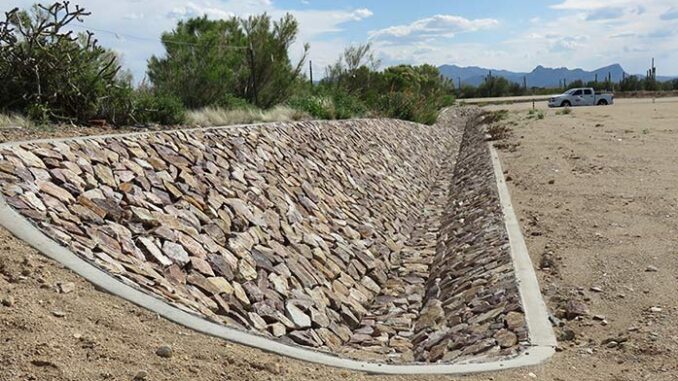 If two companies create a third, independent company which later runs out of money, it can be possible for creditors to sue the parent companies, but those creditors need to act fast, according to the Arizona Supreme Court.

On Thursday, the justices affirmed a Maricopa County judge’s order which dismissed a 2015 lawsuit filed against Meritage Homes of Arizona by a subcontractor of a residential real estate development. The lawsuit stemmed from Meritage’s ownership interest in Maricopa Lakes, LLC.

The Supreme Court ruled the subcontractor, Specialty Companies Group LLC, was barred by the statute of limitations from initiating the legal action which sought to collect more than $234,000 as payment on a 2011 default judgment against Maricopa Lakes.

In August 2007, G&K hired Specialty Companies Group, LLC, to provide grouted riprap for the development. Grouted riprap refers to rocks which are cemented or wired into place along inclined shorelines, spillways, and ditches to prevent erosion.

By the end of 2007, Hacienda Builders was no longer able to meet its financial obligations to the Maricopa Lakes partnership due to the burgeoning real estate crash. In April 2009, Specialty Companies sued G&K for more than $150,000 in unpaid work, and G&K then sought indemnification from Maricopa Lakes.

G&K and its subcontractor ran into a problem, however, as Maricopa Lakes had already been administratively dissolved by the Arizona Corporation Commission.

In November 2011, G&K was awarded a default judgment for nearly $235,000 which it later assigned to Specialty Companies. Then in January 2015, Specialty Companies sued Meritage Homes and Hacienda Builders under the legal theory of alter ego, also known as piercing Maricopa Lakes’ corporate veil.

According to Mark N. Goodman of Goodman Law in Prescott, the protections normally afforded to those with an interest in a limited liability corporation (LLC) in Arizona can be removed in some situations. In the case of Maricopa Lakes, responsibility for the company’s debts could have fallen onto Hacienda Builders and Meritage Homes.

But a Maricopa County judge dismissed Specialty Companies’ 2015 alter ego lawsuit against Meritage and Hacienda, ruling the claim was untimely based on a six-year statute of limitation for disputes involving a written contract.  The subcontractor appealed, but only as to Meritage Homes’ alter ego liability.

The Arizona Court of Appeals came to a much different decision, ruling last year that Specialty Companies had simply took action in 2015 to enforce the 2011 judgment which had its own five-year statute of limitations.

The Arizona Supreme Court did not agree. Its unanimous opinion released Aug. 5 states an attempt to pierce the corporate veil to enforce a judgment is not its own cause of action. Instead, a plaintiff “is bound by the limitation period applicable to the cause of action to which the alter-ego claim is tied,” Justice Clint Bolick wrote in the opinion.

And the initial cause of action involving Hacienda Builders, Meritage Homes, and Maricopa Lakes is a breach of contract.

“A claim for breach of contract accrues when the plaintiff knew or should have known the facts giving rise to the claim,” Bolick wrote, adding the Maricopa County judge heard evidence that the necessary facts about Maricopa Lakes’ ownership was known in late 2007 or early 2008.

And even though Meritage Homes was the prevailing party on review, the justices chose to “exercise our discretion” in denying the company’s request for attorney fees.