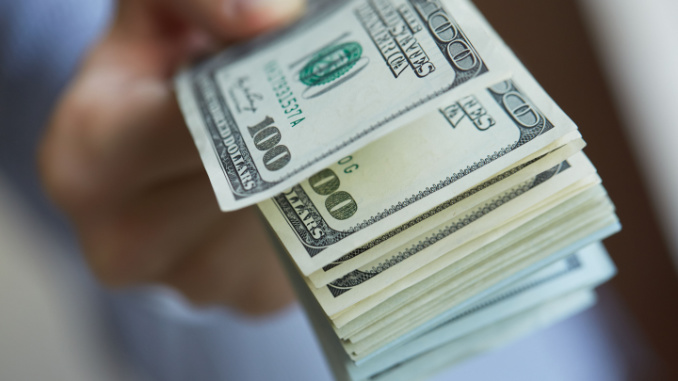 The Idea That the U.S. Should Pay Climate Reparations Is Absurd

Last month U.N. members met once again to live the good life for a few days and push for the unlikely elimination of climate change. The United Nations Framework Convention on Climate Change convened COP27 in the impressive Egyptian coastal city of Shark El-Sheik. 100 heads of state and 25,000 attendees (carbon footprint alert!) met to advocate for a “giant leap on climate ambition.”

To win “this battle for our lives,” round tables galore were held, coalitions were formed, roles for youth and even children in the crusade were created. Curiously, no actions were taken that would directly limit greenhouse gas emissions, possibly because the much-ballyhooed Paris Agreement had proved worthless, with almost no nations honoring their commitments.

The signal achievement of the meeting was instead a comprehensive agreement on “loss and damage,” which is essentially code for reparations. Rich nations are to pay trillions to poor nations to atone for the doleful effects of industrialization.

China and India, the world’s foremost polluters, took a powder. The U.S., the nation that has reduced pollution the most since 1990, was at the front of the line volunteering to bankroll the effort.

Americans have traditionally contributed generously to international aid efforts. Yet the notion of climate reparations is problematic.

It’s not clear, in spite of the persistent claims in the media, that weather events are related to emission-caused climate change. But we do know that the human cost of disasters is much smaller today than in years past.

In his book Unsettled, Stephen Koonin, formally in the Obama Energy Department, points out that weather related deaths were actually 80 times more frequent a century ago, before the technological improvements in infrastructure and mitigation provided by industrialization.

Much of the insistence on reparations is rooted in resentment over the colonial past. But take Pakistan, a leader in the reparations movement. Pakistan claims its devastating floods are the direct result of climate change.

North America and Europe have seen significant recent reforestation. But since Pakistan left colonial status in 1947, its forests have shrunk from 1/3 to 1/20 of its total area. Water and silt run straight off the mountains causing the massive flooding.

Britain, the former colonizer of Pakistan, has cut its carbon emissions in half since 1990, mostly by closing coal mines at great expense. Meanwhile Pakistan has over 100 operating coal mines and can still afford to develop nuclear weapons. But you can’t go wrong blaming the colonialists.

As a result, the COP27 plan would call for $1.3 trillion in annual retribution payments that would go not to the practical needs of poor countries, but to the kleptocratic governments which plague foreign aid efforts. The effect would be to further strengthen the petty tyrants and save them from forces of reform.

The notion that the West should pay damages for the Industrial Revolution is poppycock. It was the capitalist democracies that produced the ideas, the economic system, and the innovations that have produced previously unimaginable income growth around the world.

Deadly diseases have been eliminated, infant mortality reduced, and life expectancy extended. Hundreds of millions have been lifted out of hunger and poverty, and for this we should pay?

There’s one more problem with paying reparations: we don’t have the money. The U.S. is the deeply indebted con man living on borrowed funds who continues to make extravagant gifts to adoring friends. And why not? It’s not really his money anyway.

If the socialist autocrats demanding compensation were the least sincere about creating more prosperous nations on their own, the guiding principles are well known: free markets, secure property rights, low and fair taxes, independent courts, and reasonable regulation. But don’t expect the dictators to sacrifice their power and privileges any time soon.

“Loss and damage,” is based on feel-good morality, false history, and imaginary economics. It would do nothing to improve the environment of our planet. We can in good conscience just say no.