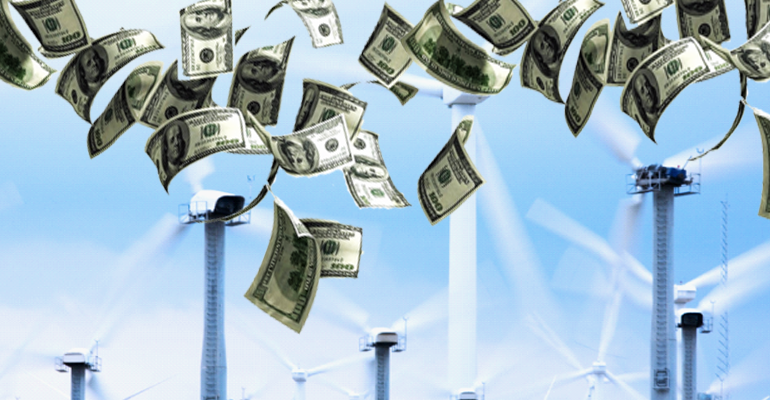 The Arizona Corporation Commission (ACC) struck down rule changes advancing renewable energy usage that would’ve increased the cost to taxpayers. The energy mandates would have required energy utilities to rely more on renewable energies following a certain timeline, which would have increased the revenue requirements of Arizona Public Service Company (APS) by nearly $4 billion and Tucson Electric Power (TEP) by nearly $1.13 billion — costs which taxpayers would’ve borne, as high as 43 to 58 percent more monthly.

These were energy mandates similar to those rejected by voters in the failed Proposition 127 of 2018, which would have required electric utility companies to acquire a certain percentage of their electricity from renewable resources each year, from 12 percent in 2020 to 50 percent in 2030. About 68 percent of voters rejected Proposition 127.

Chairwoman Lea Márquez Peterson joined commissioners Jim O’Connor and Justin Olson in their “no” votes against the rule changes. Commissioners Anna Tovar and Sandra Kennedy voted for the rules.

“The proposed energy rules represent a multi-year, good-faith effort by a great many. During this long process and after years of opposition, our state’s major electric utilities have embraced clean energy and our proposed rules. I was surprised and I made it the focus of my efforts to understand that turnaround,” said O’Connor. “I have concluded its best for the utilities to remain in charge of their resource plans just as they have in the past and it is better for the commission to continue to rely on its prudent standard for holding utilities accountable for the resource decisions and their costs.”

Tovar said the commissioners should be ashamed that they wasted years of staff and commission work from “getting in the way of what is right.” Tovar called out two of the commissioners, O’Connor and Peterson, for “flip-flopping” on their stance concerning the rules. She lamented that commissioners weren’t willing to compromise, like she claimed she had, for the greater good: economic growth, health, and environmentalism through these rule changes. Tovar added that the rule changes had diverse, bipartisan support statewide.

“What this tells me is that these rules are failing because of politics. And basing our votes on politics is a dangerous game, and it is a dangerous game to play with something so important to Airzona’s future. Ensuring clean energy in Arizona is our future, and it’s one of the top priorities I had even before running for this commission. When I took office, I wanted to change the rules. Make them more aggressive. Get us to a clean future, sooner. But I looked at the fads and I knew there was much work to be done on them,” said Tovar. “Let me be clear: this isn’t the Green New Deal. This is Arizona’s clean energy package and [I am] very proud of the work that has been accomplished thus far.”

Olson expressed confidence that renewable energy was still attainable without costing customers more. He also mentioned how he attempted to compromise by introducing amendments that would help reduce the cost to taxpayers with passage of the energy rules. Olson indicated that Tovar’s characterization of commissioners switching votes was unfair because their change reflected new information that came to light.

“We as a commission should have a very clear policy that tells our utilities that they should invest in the technologies that are the most cost-effective method of meeting the energy demands of our customers. And what we have before us in these energy rules is not that,” said Olson. “That is the appropriate demand. That is what the constitution requires of us to expect of our utilities, and that is what we should continue to pursue. That does not prohibit us and our utilities from increasing the amount of renewable energy resources that our utilities use to provide the energy for their customers. In fact, it creates a win-win scenario where our utilities will be investing in the renewable energy projects that are the most cost-effective. We can benefit rate bearers and adopt these technologies at the same time. That’s the approach we should take.”

Kennedy said that clean energy was cost-effective with modern technology. She asserted that it wasn’t possible to determine future outcomes based on present actions.

“It took years to get actual cost data that consumers have been asking for,” said Márquez Peterson. “I believe utilities should be justly and reasonably rewarded when they make prudent and proactive investments in the next generation of clean and renewable energy resources, so long as they don’t jeopardize the safety and reliability of the grid or the affordability of rates.”

In a statement to AZ Free News, Justin Olson asserted that the commission’s vote respected the will of voters.

“First of all this is a tremendous victory for ratepayers. I fought to enact policies to make rates as affordable as possible. Many times I was a lone voice crying at the wilderness — I was the only vote against these mandates,” said Olson. “This was the commission telling the utilities that they must invest in technologies that are the most cost-effective method of generating energy.”