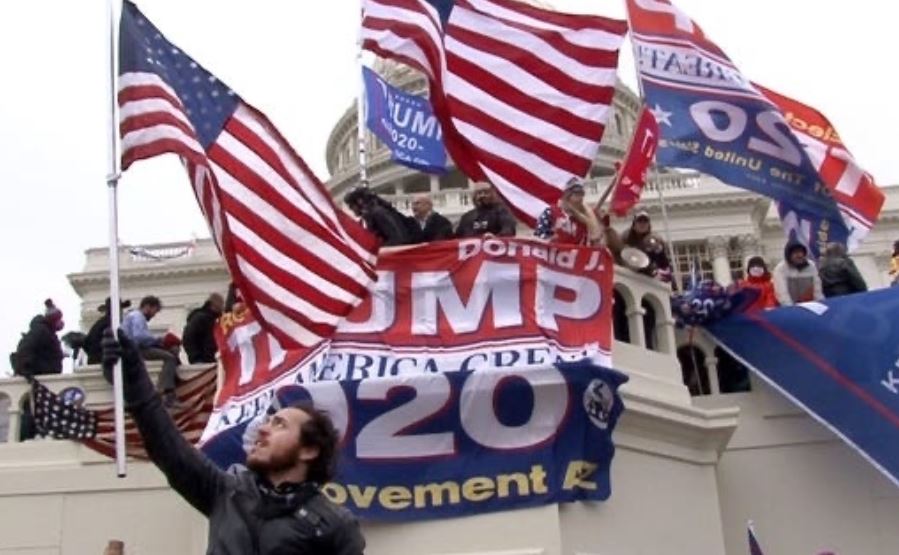 A federal judge has been asked to award damages to the chairwoman of the Arizona Republican Party and her husband for fighting a Congressional subpoena which seeks detailed data from four phone numbers assigned to the couple’s T-Mobile business account, including records of calls to and from their medical patients.

Last week Kelli and Michael Ward filed a federal lawsuit in an attempt to block a subpoena issued by the U.S. House Select Committee investigating the Jan. 6, 2021 attack in Washington DC. The subpoena demands T-Mobile turn over records for the period of Nov. 1, 2020 to Jan. 31, 2021 from an account in the name of Mole Medical Services P.C., a company owned by the Wards.

The Feb. 1 lawsuit filed in U.S. District Court seeks a court order declaring the Committee’s actions in issuing the subpoena violated federal law and Arizona law. It also seeks an order quashing the subpoena and enjoining T-Mobile from releasing any data to the Committee.

According to the Feb. 1 lawsuit, T-Mobile’s Legal and Emergency Response Team sent an advisory to Mole Medical Services after receiving the Jan. 19 subpoena. T-Mobile intended to comply with the subpoena on Feb. 4 unless provided proof by Feb. 2 of the filing of a motion for protective order, motion to quash, or other legal process “seeking to block compliance.”

The Committee has not commented on what drew their attention to the Wards or to their phone records, but the subpoena demands detailed records of incoming and outgoing calls—including call duration and associated phone numbers—as well as  metadata, or call data records.

The lawsuit and motion to quash argues that U.S. Supreme Court precedent places the burden on the House Select Committee to justify the need for the information being sought. Instead, the subpoena is so broadly written that it substantially infringes on “the right to privacy” guaranteed under Arizona state law, the lawsuit argues.

The Wards were among the 11 Republicans whose names were listed on the 2020 General Election ballot as Arizona’s electors for then-President Donald Trump. Both also signed an “alternate” slate of Arizona electors which they hoped could be used on Jan. 6, 2021 instead of the 11 electors for now-President Joe Biden.

The lawsuit concedes Kelli and Michael Ward use their business account phones for personal calls, including political communications, but argues that the data which would be disclosed by T-Mobile does not relate to a sufficiently important government interest between the Wards and the Jan. 6 attack at the Capitol.

In addition, two of the four phone numbers associated with the targeted T-Mobile account are used by the couple’s children, according to the lawsuit. “Congressional investigators cannot possibly have any legitimate investigative interest in invading the personal privacy rights of the Wards’ children,” the filings state.

Several arguments against the subpoena center on the Wards’ work as medical professionals which is provided state and federal privileges of medical privacy and physician-client communications. The Committee has not addressed how it would limit the use or disclosure of confidential patient information that might be revealed if T-Mobile releases the demanded data, the lawsuit argues.

Kelli Ward is a practicing Doctor of Osteopathic Medicine who practices medicine exclusively in the field of medical weight loss. She uses a Health Insurance Portability and Accountability Act (HIPAA)-compliant videoconferencing system for telemedicine visits with her patients, although there are times she relies on her Mole Medical phone to speak with patients, the lawsuit states.

Michael Ward is also a practicing Doctor of Osteopathic Medicine who serves as medical director for an air ambulance company. He actively practices emergency medicine in Arizona, mostly in the Lake Havasu City area where the couple live in Mohave County.

“In certain circumstances, Michael Ward gives the Phone Number to patients to follow up on their questions, the status of their condition, and the state of the improvement of their health,” the lawsuit states, adding that the same number serves as a point of contact for Ward’s work for the air ambulance, which involves calls from emergency medical technicians and paramedics about patients.

The lawsuit which also names Rep. Bennie Thompson (D-Mississippi) in his official capacity as the Committee’s chairman calls into question whether the subpoena was properly issued by the Committee due to quorum issues as well as a House rule which requires the Committee’s members to “authorize” a subpoena.

The case has been assigned to U.S. Magistrate Judge James F. Metcalf. Each defendant will have 15 days to file a response once served with the Wards’ complaint and summons.