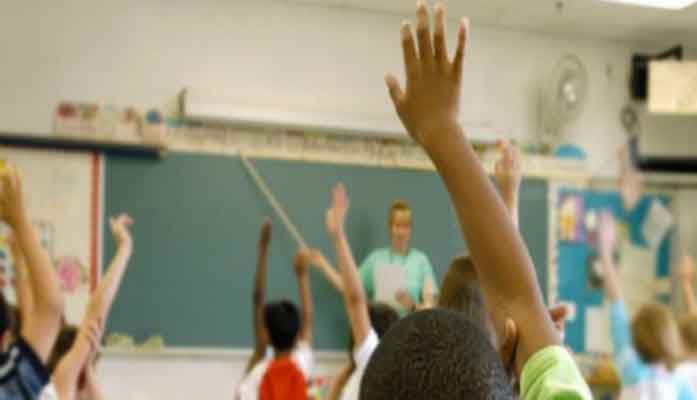 Despite the clearly expressed wishes of Arizona voters that public schools teach in English only, state lawmakers are working to undo those requirements so taxpayers will have to fund bilingual education for foreigners. Experts warned of devastation for non-native English speakers.

In 2000, voters in the state elected to enshrine English only in their government-school system through Proposition 203. Non-native English speakers were offered English immersion to bring them up to speed in the language as quickly as possible.

But now, lawmakers have passed HCR2005 and SCR2010 to repeal those measures. Instead, tax-funded government schools would establish “dual-language immersion programs” for non-native English speakers, allowing them to take classes in their native languages, too.

“It is hard for me to understand why anyone would promote teaching public-school students who are English learners using the bi-lingual method,” Borrajero said, suggesting there may be a “sinister agenda in mind” among proponents of the scheme.

In fact, his own experience as an immigrant “strongly supports” the notion that total immersion in English is necessary for foreign-born students to succeed in America. Without having been forced to study in English — and English only — Borrajero suggested his life may have been very different.

“The most important hurdle for a learner of English, or any other foreign language, is learning to think in that language,” he said, noting that being totally immersed in the language is what makes that possible. “It is absolutely, positively impossible to do that using bilingual education.”

In any case, most experts also agree that the best way to learn a foreign language in a foreign land is by total immersion in that language, he said. Failing to provide this to foreign-born, non-native speaking students will “condemn them to a lifetime of menial, low-paying jobs,” Borrajero added.

“Let’s not behave stupidly,” warned Haver, who published the book Vindicated: Closing the Hispanic Achievement Gap through English Immersion in 2018 on this very subject. She also noted that federal schemes initiated under Obama were at work behind the scenes, at the expense of students.

Former Arizona Superintendent of Public Instruction Diane Douglas also blasted the effort in comments to The Newman Report. “Their ‘good intentions’ (and we all know what road THOSE pave) will relegate these non-English speaking students to second-class citizen status,” she warned.

Douglas, who now serves on the Advisory Board of Public School Exit urging parents to get their children out of government schools, warned of systemic problems, too. “If English Immersion is a failure it is only due to a system that can’t teach English Language Arts to native English speakers; never mind teaching English to non-English speaking students,” she said.

The bill to end the English immersion mandate passed the Arizona Senate overwhelmingly, with just 7 out of 16 Republicans voting against it. The only “no” vote in the House came from Representative Quang Nguyen (R-LD1) – an immigrant who learned English through immersion. If it is not stopped in either chamber on the next vote, voters will have one opportunity to stop the scheme before it takes effect.

The powerful forces behind the scenes supporting this effort do not have the well-being of foreign-born children in Arizona in mind. Instead, they have a subversive agenda to create a divided America where people do not share the same history, culture, love of liberty, or even the same language. The agenda to divide and conquer America must be stopped.