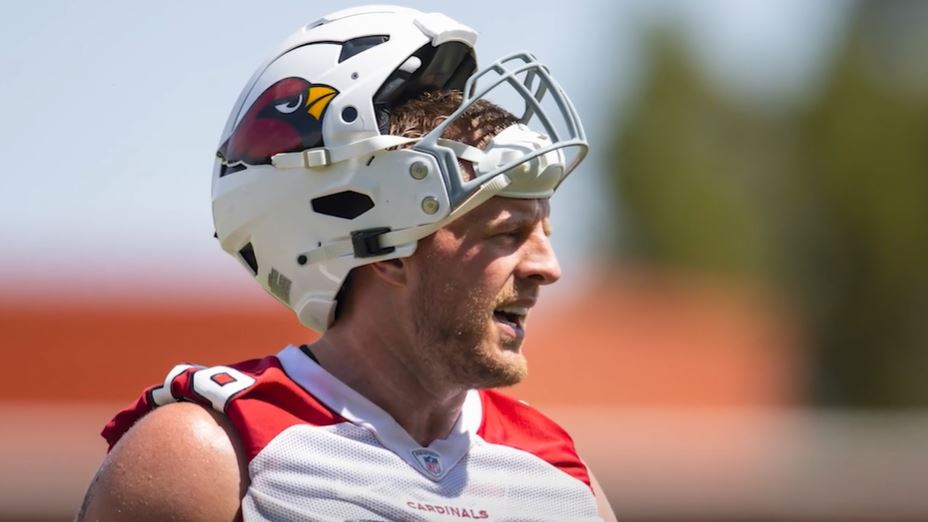 Arizona Cardinals defensive end J.J. Watt pledged to pay for the funeral of a fan’s grandfather after the woman advertised the sale of her Watt memorabilia.

The woman, Houston native and longtime Watt fan Jennifer Simpson, tweeted that she was selling her Watt edition Reebok shoes and a Watt Houston Texans jersey in order to pay for her grandfather’s funeral.

Hours later, Watt responded with a promise to help pay for the funeral.

“Don’t sell your shoes and jersey, we’ll help pay for the funeral,” wrote Watt. “I’m sorry for your loss.”

According to other social media posts, Simpson and her family have spent over a month trying to raise the funds for a funeral and burial. Prior to Watt’s boost, the family pulled together what they could through bake, plate, and garage sales, as well as a GoFundMe and Facebook fundraiser.

Simpson expressed thanks for Watt’s kindness.

“I freaking love you man. It’s been a hard year for me, and this last month has been hard since the death,” wrote Simpson. “I wish I could tell you my story.”

Simpson later thanked the public for all their support.

Simpson has long been a fan of Watt’s — it appears that her longtime support has come full circle.

According to the National Funeral Directors Association (NFDA) annual report on funeral costs, inflation didn’t affect average pricing. The average cost nationwide sits over $7,800 — over six percent in growth since 2016.