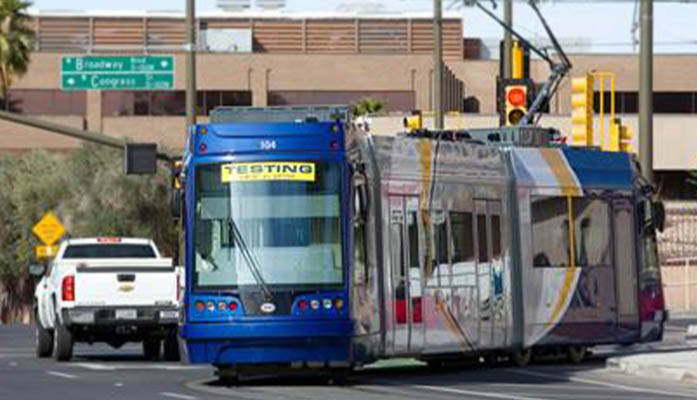 The city of Tucson is eyeing plans to subsidize bus fare for $10 million for the next six months, with the ultimate goal of making free public transit permanent. However, Tuesday’s council discussions indicated that “free” may eventually become additional cost burdens elsewhere for Tucson taxpayers.

The council reported that Raytheon, a major defense contractor, has signed on as a partner already. The city is attempting to bring on other partners, specifically naming University of Arizona (UArizona) and the Tucson Unified School District (TUSD). City Manager Mike Ortega disclosed that the city hasn’t reached out to other school districts, and indicated that they wouldn’t.

Romero shared that TUSD was interested in providing fare-free transit for its students, but that UArizona wasn’t. Romero said that she tried to sell the transit initiative by reminding UArizona President Robert Robbins that staff and faculty, in addition to students, used public transit; that it would look good as a climate change initiative; and that it would save Robbins from having to build more parking.

Romero also agreed that city employees should ride the bus for free.

Due to federal pandemic relief funding, the city hasn’t charged for public transit in well over two years. Fares are scheduled to resume on Jan. 1.

Ortega first recommended the city take on the expense. In a memo submitted to the council on Monday, Ortega cited its Built Environment Goals and Policies focus as the rationale for shifting to fare-free transit.

Tuesday’s meeting was the fourth time that city staff brought this agenda item before the mayor and council. Romero asked for a continuance to allow city staff to further conversations with potential funding partners. Ortega indicated in Tuesday’s meeting that these partners were hesitant to advance further in this initiative without further data.