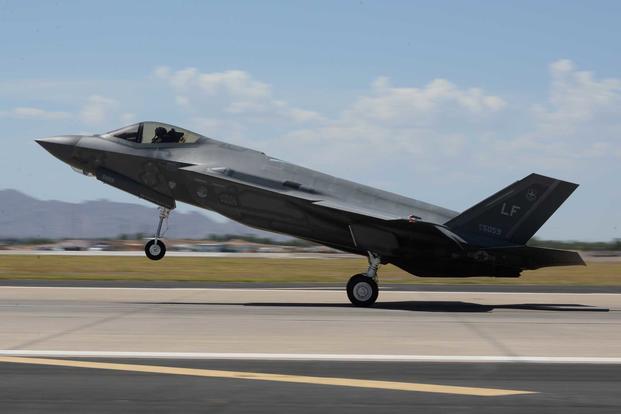 The Department of the Air Force has selected Ebbing as the preferred location to establish an F-35 Lightning II training center for Foreign Military Sales participants.

The Ebbing training center will have capacity for up to 36 fighter aircraft.

“The F-35 program is a multi-service, multi-national effort that dramatically increases interoperability between the U.S. and other F-35 partner nations,” said Acting Secretary of the Air Force John P. Roth in a press release. “We are fully committed to the F-35 as the cornerstone of the U.S. Air Force’s fighter fleet and look forward to building stronger relationships with nations who want to work by our side.”

Following this decision, the Department of the Air Force will conduct an environmental impact analysis to confirm Ebbing ANGB can support the new F-35 and F-16 missions.

The Department of the Air Force anticipates making the final basing decision in spring 2023.